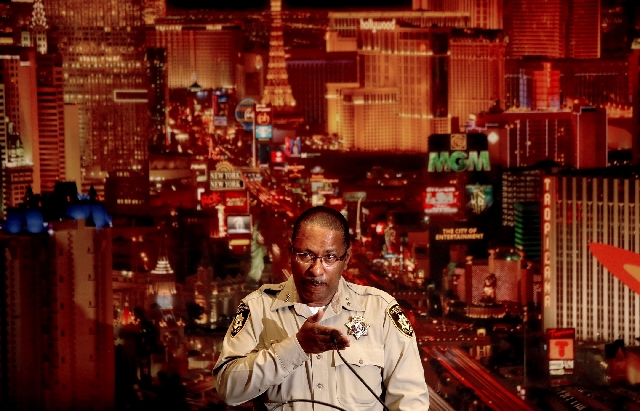 Imagine waking up, looking outside your bedroom window and seeing a row of decapitated human heads sitting atop street lamp after street lamp, as far as the eye can see.

Less than two miles from Laredo, Texas, that is a reality in Nuevo Laredo, Mexico.

Peter Tarlow described that scene as he experienced it, during his session at the 20th annual International Tourism Security Conference, which is in Las Vegas through today. About 200 attendees from law enforcement agencies and security firms listened as Tarlow described the “world’s worst war” taking place just across the U.S. border inside Northern Mexico. Tarlow founded Tourism and More, a firm that provides security and safety consulting, training and certification to law enforcement, security, and travel and tourism professionals.

But safety threats aren’t limited to “over there.” In U.S. border towns, Tarlow said, events such as Little League games in Brownsville, Texas, have been stopped because of rocket fire coming over the border.

“Do not be shocked when the drug wars spill over into the United States. They already are,” Tarlow warned the crowd.

In addition to his graphic yet pertinent information about Northern Mexico’s drug wars, Tarlow briefed the group on other threats to tourism security and U.S. citizen safety.

Cruises were high on his list, as Tarlow called them “a world of lawlessness.” He said cruise ship security is very relaxed, with major holes, as was recently brought to light by Carnival Cruise Line’s public issues.

“One of these days, somebody’s going to blow up a cruise ship,” Tarlow said.

The media, too, were mentioned as being part of the problem. Tarlow said the media overreact to many situations and overpublicize horrific events, often giving those responsible for those events exactly what they want.

Other times, media coverage can help, but not when it’s overblown, he said.

Tarlow cited the recent Strip shooting and Boston Marathon bombing as events that media outlets should have reported, then moved on to other stories.

He was careful to say that media coverage often helps spread fear and can be encouraging to those with that goal in mind. Without thinking about that aspect, he said, media outlets often end up as fearmongers because they’re trying to get ratings or fill a newspaper.

For 20 years, Tarlow has been updating the international tourism safety world on the state of affairs via this conference. The event is hosted by the International Tourism Safety Association, Las Vegas Convention and Visitors Authority, Metropolitan Police Department and Las Vegas Security Chiefs Association.

“Providing a safe and secure experience for visitors must be a top priority for any city’s tourism industry,” said Ray Suppe, president of the International Tourism Safety Association and director of security for the Las Vegas Convention and Visitors Authority.

Tuesday’s discussion included topics such as tourism safety in Canada, troubled U.S. cities, and cities that have worked hard and turned a corner when it comes to crime. Assistant Sheriff Greg McCurdy of the Metropolitan Police Department briefly addressed the crowd, telling them not to let budget cuts be an excuse for relaxed security.