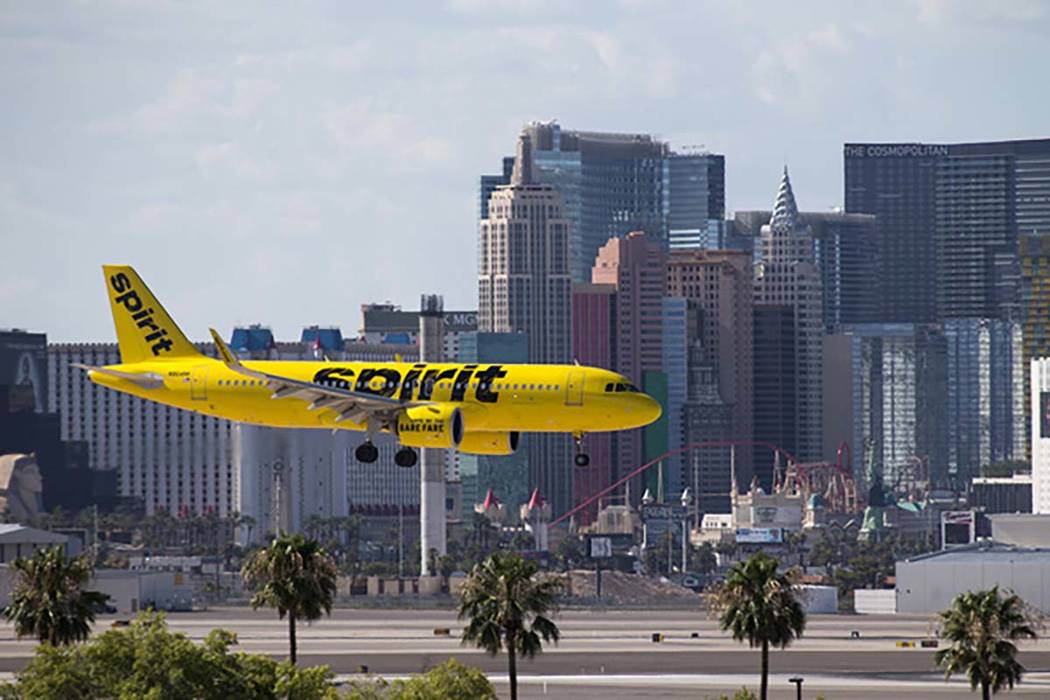 Spirit Airlines on Thursday began offering daily nonstop flights between the Entertainment Capital of the World and Music City.

Aside from Sin City, customers can fly from Nashville to Baltimore, New Orleans and Fort Lauderdale, Florida. Flights to Orlando, Florida, also were increased.

“We’re excited to announce four new destinations as we celebrate our first day of service in Nashville, Tennessee,” John Kirby, Spirit Airlines’ vice president of network planning, said in a statement. “As one of the fastest growing cities in the country, the Music City is a perfect match for America’s fastest growing airline.”

“Along with beginning service today, Spirit’s announcement of four additional destinations is fantastic news for Nashville and all of Middle Tennessee and demonstrates the attractiveness of this market and their commitment to serving our community,” Kreulen said in a statement.

Spirit continues to see its passenger numbers surge in Las Vegas, with 487,162 passengers in August — 30 percent increase over the 375,965 passengers served during the same month last year — according to Clark County Department of Aviation statistics. Through the first eighth months of 2019, Spirit has handled 4.3 million passengers, a 25.3 percent bump over the 2.7 million passengers though August 2018.