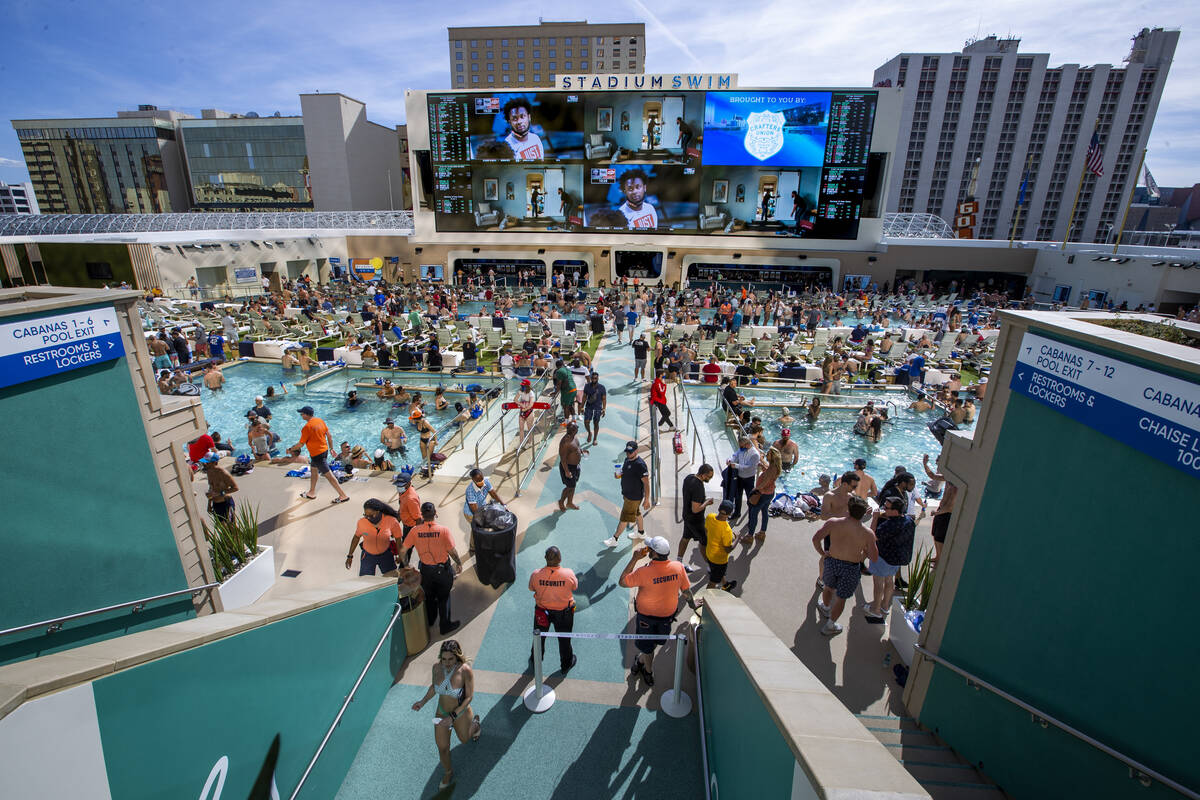 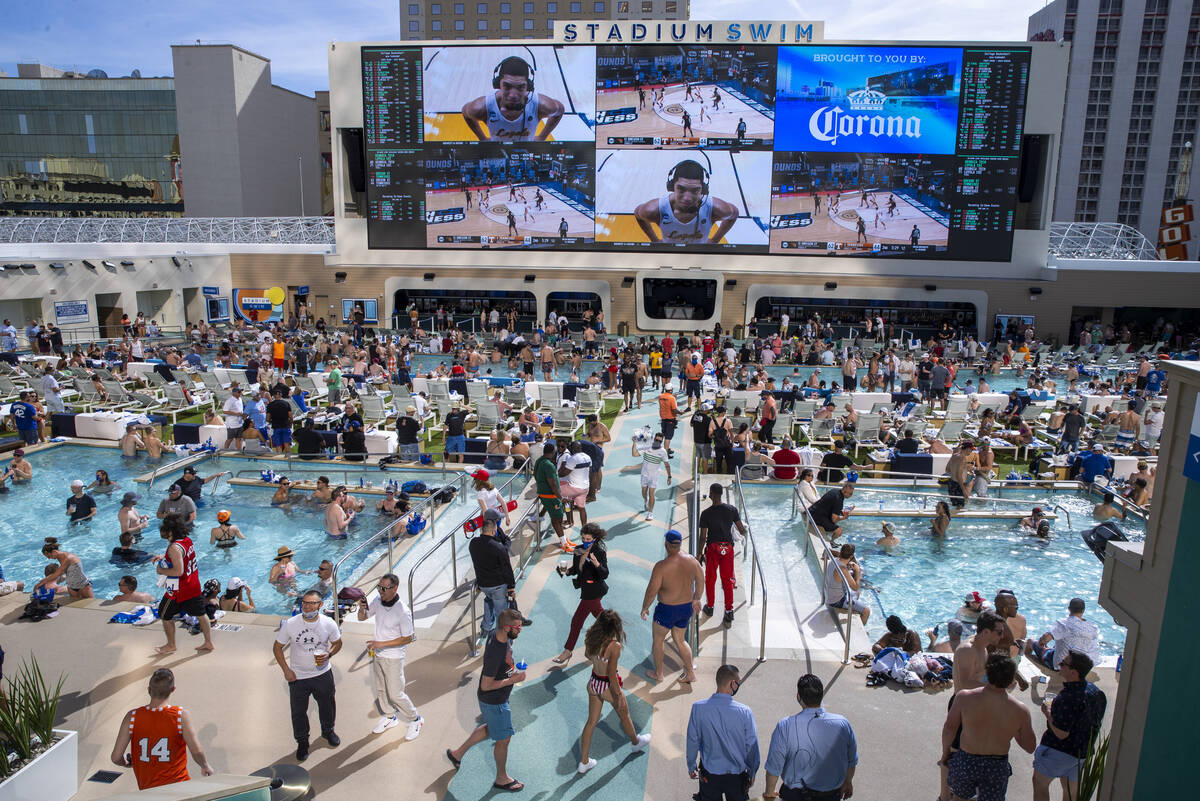 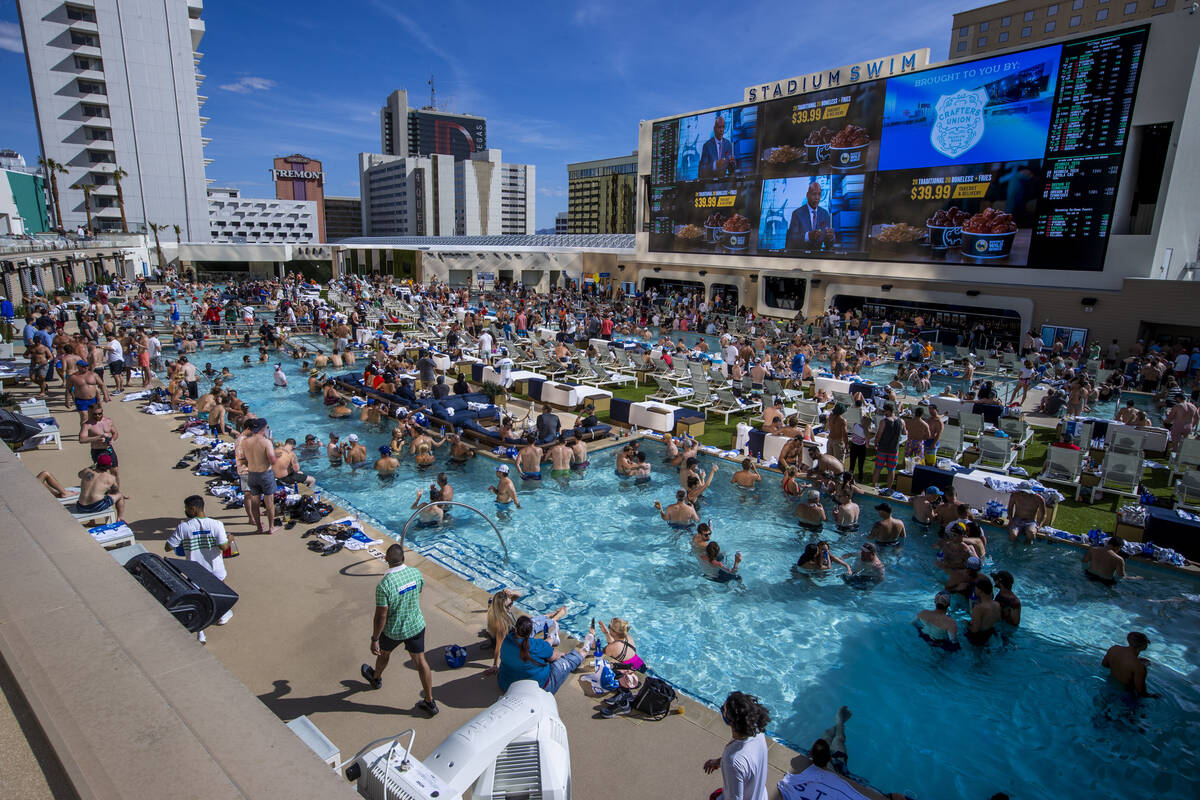 Thousands of sports-betting basketball fans will be arriving Thursday in Las Vegas for what has become the most bet-on sporting event on the calendar — the NCAA March Madness college basketball tournament.

The Las Vegas Convention and Visitors Authority has no estimate for how many people will be here for the first four days of the tournament, Thursday through Sunday, but the evidence of higher room rates during that period suggests that there’s high demand.

“While we anecdotally hear of visitors who come to Vegas to enjoy March Madness, we do not have data available to distill March Madness-specific visitors from the rest of visitors who are in town for other reasons,” said Lori Kraft, senior vice president of communications with the LVCVA.

But up and down the Strip and in downtown Las Vegas, room rates have soared well beyond the average rates from March 2021 and all of last year.

Rates posted on hotels.com for Las Vegas for Friday and Saturday are as high as $999 a night at Caesars Palace while no rooms were available for under $100.

Las Vegas continues to be a March Madness destination although no tournament games are being played in the city — a big contrast from last week when several conferences conducted their tournaments to determine which teams would go to the nationwide NCAA event.

The city’s status as a tournament host will change next year when T-Mobile Arena becomes the site of the West Regional “Sweet 16” round of games March 23-25, 2023. It likely won’t be long before the NCAA considers Allegiant Stadium as a site for the Final Four, although the waiting list currently extends through 2026, according to the NCAA website.

Visitors come to Las Vegas because of the easy availability of wagering on games as well as other amenities the city has to offer, including shows, shopping and fine dining.

Clark County is home to 99 sportsbooks, many with palatial digs and monstrous television screens for viewers to watch all 48 first-round games over four days.

The tournament is now considered the biggest sports-betting event and is different from the Super Bowl because it occurs over multiple days and not a single game. The March Madness tournament extends over three weeks with two sets of first-round and second-round games the first week, two rounds of “Sweet 16” and “Elite Eight” games in the second week, resulting in a third week of Final Four contests that determine the national champion.

“It all boils down to one word: excitement,” said Josh Swissman, founding partner of the Las Vegas-based Strategy Organization. “It’s exciting to sit in your living room with a bunch of buddies watching all the games on your TV, but it’s a whole new level of excitement to go and feel the electricity in one of these resort casinos in Vegas, particularly in the sportsbooks while the games are going on.”

Swissman said Las Vegas’ many amenities will ensure the city remains the center of attention for college basketball viewing and is the reason why other destinations with sports wagering will never surpass the city as a draw for fans.

“The thing that makes Vegas special, has always made Vegas special and will continue to make Vegas special is all of the other stuff that is built up around those sportsbooks,” Swissman said. “You have the nighttime activities, with entertainment and nightclubs and amazing dining. You have all of the great daytime assets outside of the sportsbook like the pool scene and all of the attractions up and down the Strip.”

Amanda Belarmino, an assistant professor at the William F. Harrah College of Hospitality at UNLV, said other promotional tie-ins should make Las Vegas an even more attractive destination during the tournament. But she cautioned that the higher cost of gasoline could dim some of the enthusiasm visitors have for the city.

“The unique options that the city offers, like the pop-up Rick and Morty experience with Wendy’s at Resorts World, are unique to the city,” Bellarmino said. “I would expect us to have a strong month for March Madness but there may be some softening from the drive-markets due to the high price of gas.”

Brendan Bussmann, director of government affairs for Las Vegas-based Global Market Advisors, said the arrival of a piece of the tournament next year will bolster Las Vegas as a destination for sporting events and wagering on games.

“While sports betting continues its expansion across the U.S., this will only help drive a further interest in sports and when you have major events like March Madness, people are going to come to the destination that not only hosts them but allows sports fans to gather and enjoy the hospitality that we have to offer.”