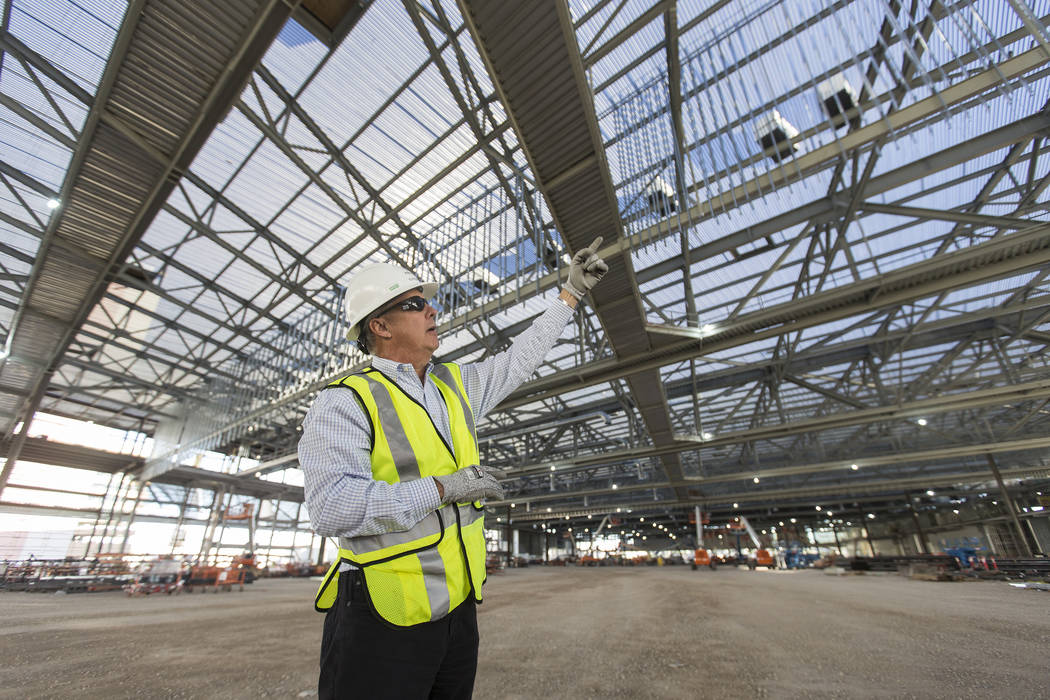 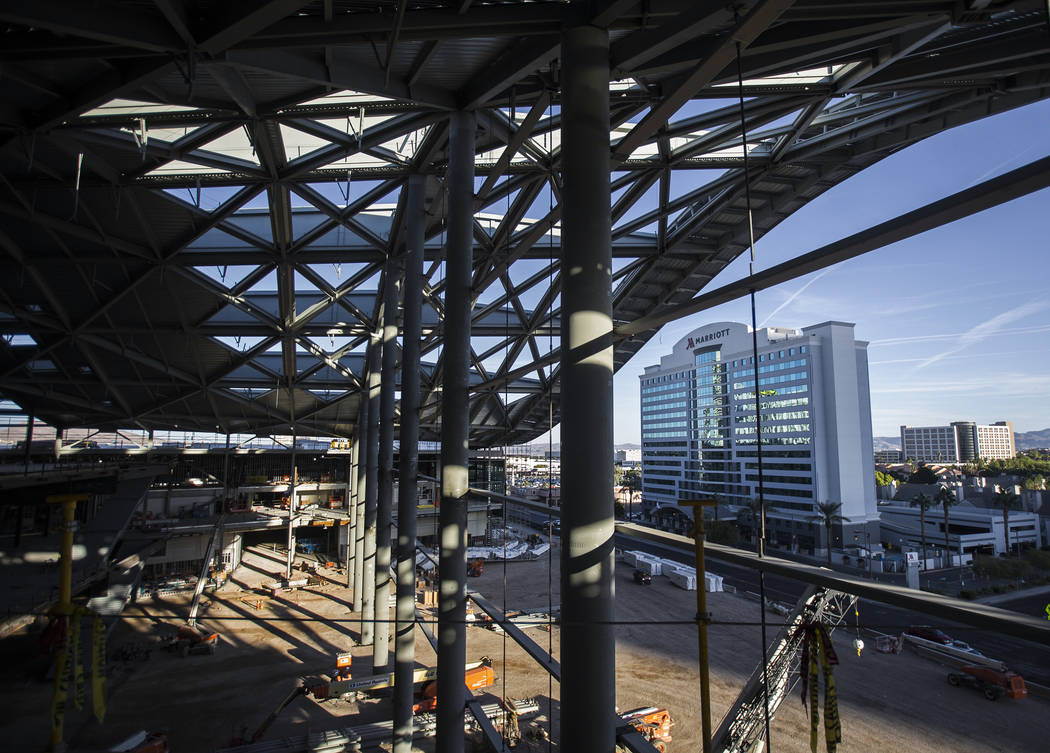 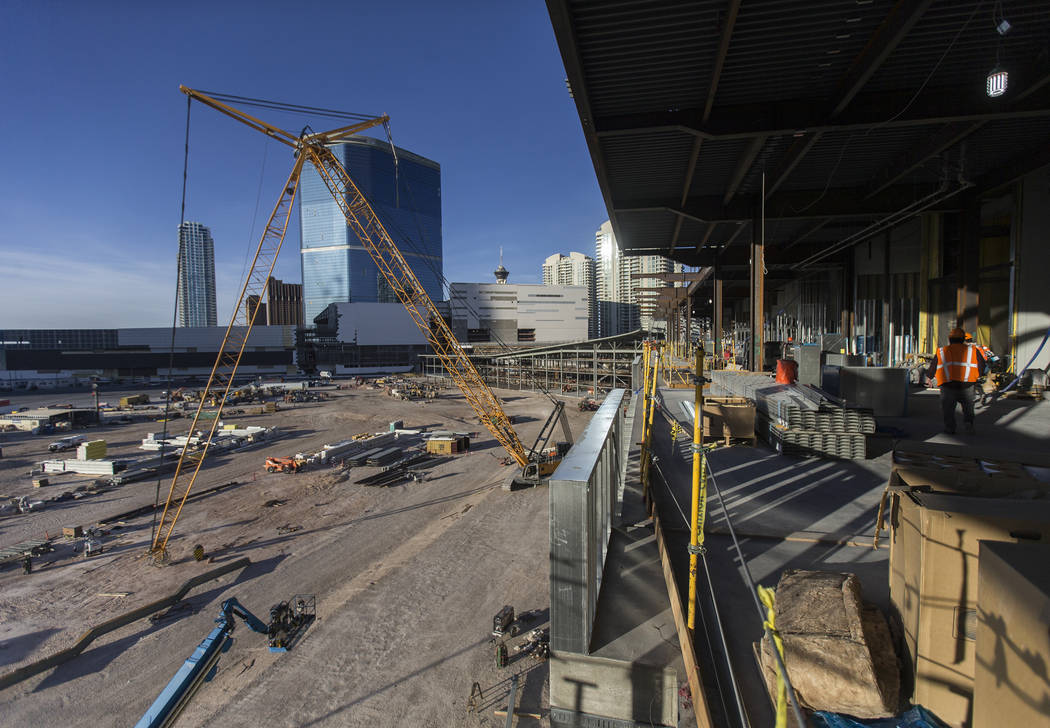 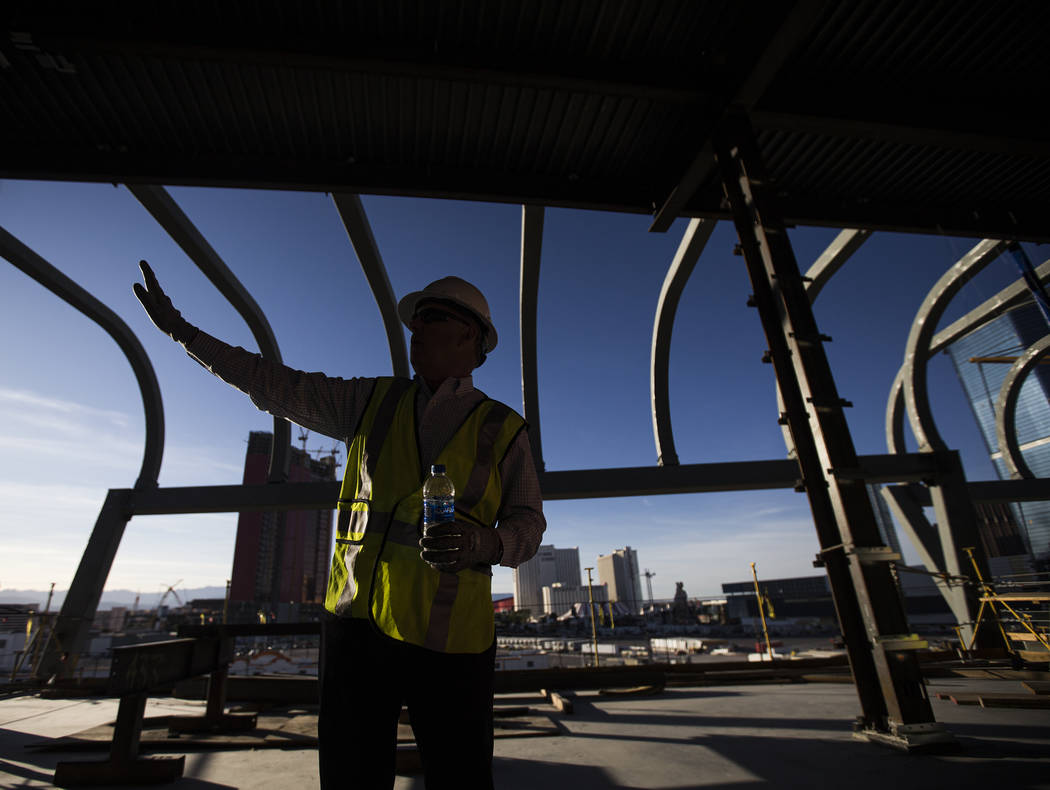 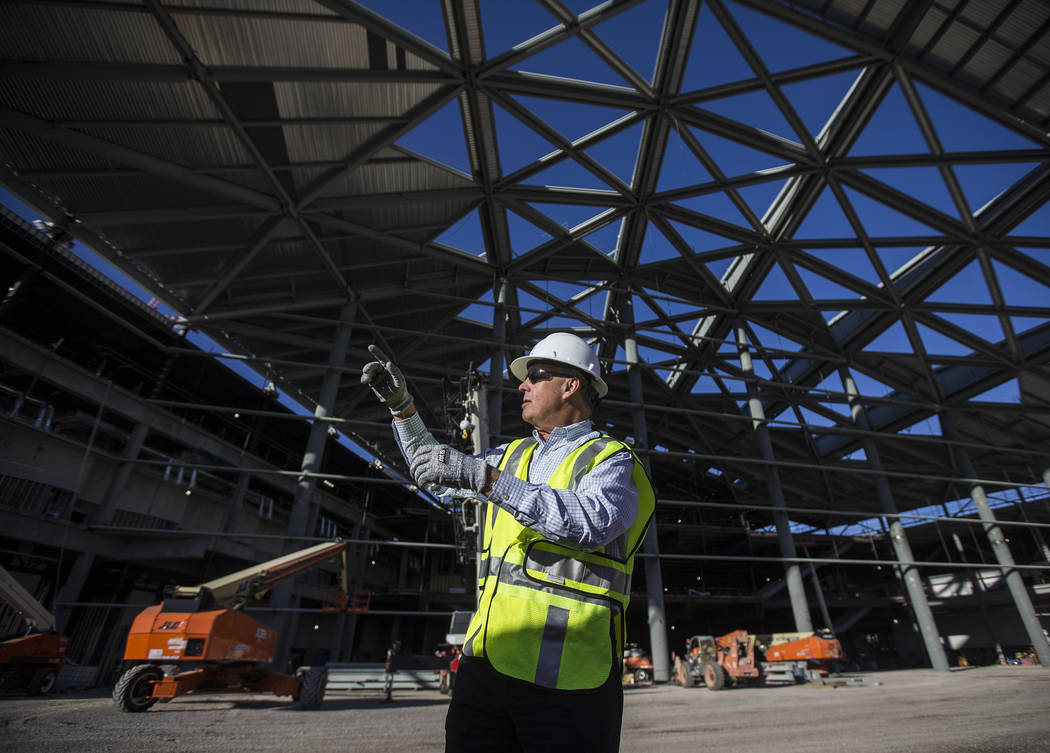 Representatives of the news media got their first look inside the $980.3 million expansion on Thursday.

The LVCVA gave a hard-hat tour of the construction site at Paradise Road and Convention Center Drive to showcase the building that will be teeming with thousands of people attending CES in 2021.

The exhibition hall — large enough to hold 10 football fields — includes 328,000 square feet of column-free space, the largest such expanse in North America. The hall will have a ceiling clearance of nearly 43 feet, offering plenty of room for the multistory booths that have become popular in modern trade shows.

The new hall will have 1,400 linear feet of loading docks on its east side to accommodate easier move-ins and move-outs.

Construction crews just surpassed the halfway point for job completion, and the job site currently has about 950 workers on two shifts. At its peak, 1,200 laborers will be on the site as specialized craftsmen complete detail work.

Developers have the flexibility to add shifts to make it an around-the-clock operation if the project should fall behind.

The expansion will have three primary uses: the exhibition hall, a three-story section of meeting rooms with flexible space and an outdoor plaza with views of the Strip that can be used for indoor-outdoor events.

A grand entry facing Convention Center Drive will have a five-lane porte cochere for drop-offs and pickups and the westernmost of three people-mover stations just outside the southwest corner of the building.

The main entry features an iconic design feature — LVCVA officials refer to it as “the snow cone” — that rises above a lobby to an atrium. A design ribbon will connect all the exhibition halls of the complex, and the existing main entry will be marked with a smaller “snow cone.”

The people-mover system — a first-of-its-kind underground transit system being developed by Elon Musk’s The Boring Company — is weeks away from beginning a mile-long tunnel from a station being developed east of the South Hall under the Central Hall to a second station near the current Convention Center entrance, and finally to the station near the new exhibition hall.

Design details are nearly completed on the people-mover system and the last of the county building permits are being finalized.

The LVCVA board of directors last month approved a $45.2 million contract increase with the Turner/Martin-Harris Joint Venture to assure receiving a temporary certificate of occupancy Dec. 14, 2020, and substantial completion of the project Jan. 1, 2021, in time for CES, which will draw an estimated 180,000 people to Las Vegas beginning Jan. 6, 2021.