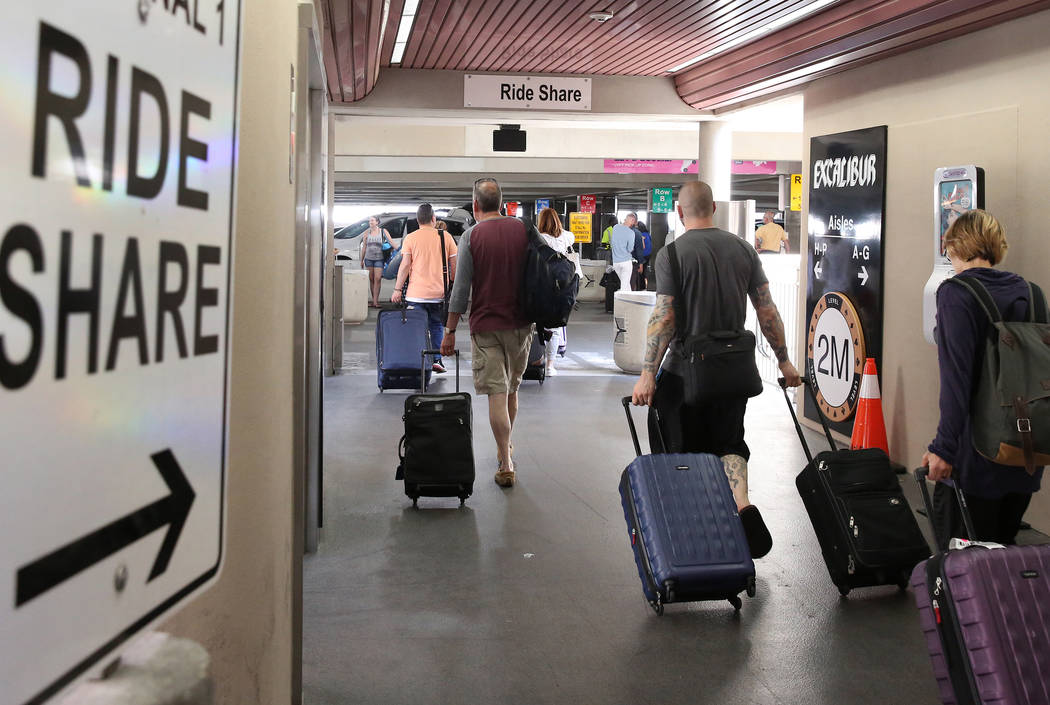 The previous record of 10,262 ride-hailing trips originating from the airport was set Nov. 26, which followed the long Thanksgiving holiday weekend and led into the Amazon web-related convention, which drew roughly 40,000 attendees.

Taxicabs reported 18,413 pick-ups at McCarran on Monday, not quite breaking the standing record of 19,948 rides logged during the previous CES convention on Jan. 4, 2017, airport spokeswoman Christine Crews.

However, both transportation modes set a record with 29,878 combined pick-ups on Monday, breaking the previous record of 28,766 on Jan. 4, 2017. That figure does not include charter buses, hotel shuttles, limos or public buses.

McCarran is expected to have its busiest week on record with more than 1 million people projected to arrive or depart Las Vegas, Crews said.

Friday is expected to be the busiest for departures as CES winds down, Crews said.