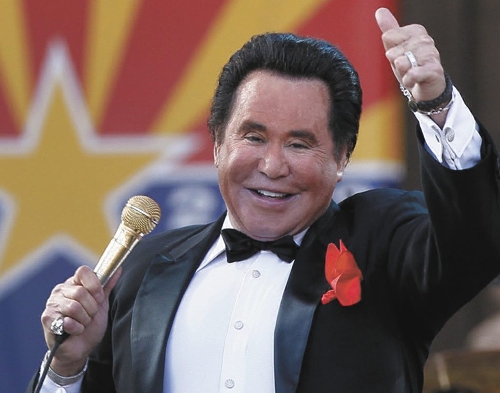 The plan to make singer Wayne Newton’s 52-acre ranch into a Graceland in the desert has stalled, with Newton and at least one associate graphically accusing each other of wrecking the deal.

In a lawsuit filed late Wednesday in Clark County District Court, entities tied to Newton’s business partner Steven Kennedy paint a lurid picture of conditions inside the walled compound of the singer/actor/entertainer known for decades as "Mr. Las Vegas."

Those conditions halted the effort to transform Casa de Shenandoah into a tourist attraction celebrating Newton’s career, according to the complaint by Kennedy attorney Charles McCrea Jr.

The lawsuit seeks to evict Newton, his family, several dogs and horses from the property so that work can continue.

Newton and Geneva Clark, a half owner of CSD Management, a legal entity involved in the project, accused Kennedy of creating the problems.

"I will not condone nor support (Kennedy’s) actions or anyone who is supporting him in this lawsuit," Clark said in a statement.

According to McCrea, Newton’s personal behavior obstructed work and "created a hostile and intimidating work environment.

McCrea cited as an example an unidentified female equestrian trainer he said quit Newton’s staff over allegedly being subjected to repeated sexual harassment. In court papers, McCrea quoted from a letter written by the woman’s attorney that describes instances when Newton "would push up hard against her as he kissed her open-mouthed on the lips. Each kiss was wet, sloppy and disgusting and clearly of a sexual nature."

McCrea depicted Newton’s home as being in a state of squalor before June 22, 2010, when CSD LLC purchased it and about 40 acres for about $19.5 million. More than 80 horses at Casa de Shenandoah lived either in a paddock "covered with hundreds of tons of horse manure" piled more than six feet high in spots or in a barn "saturated in a sea of standing urine," McCrea wrote in the lawsuit.

McCrea claims CSD, part-owned by Kennedy, has spent more than $30 million to clean and renovate the property, even as workers were harassed by "large, vicious dogs" that roam the property and have bitten more than a dozen people.

Newton, he alleges, has refused to co-operate further on various parts of the project, effectively halting work.

Late Thursday, Newton attorney J. Stephen Peek released a statement cataloging a lengthy list of misdeeds by Kennedy and CSD, including "failing to build the museum and performance theater, constant bullying and threatening employees, spending exorbitant amounts of money" and not providing proper shelter for animals.

Peek said the sexual harassment claim was "completely fabricated" by a fired employee attempting to wring money from Newton.

"The (Kennedy) lawsuit … is nothing more than a salacious, meritless attempt to deflect attention from Newtons’ forthcoming lawsuit" that will focus on Kennedy’s alleged mismanagement, Peek said.

Modeled on the current use of Elvis Presley’s Graceland estate in Memphis, The Casa de Shenandoah project has been controversial from the start. As plans moved through the county review process, angry neighbors complained that making Casa de Shenandoah – at the southwest corner of Sunset and South Pecos roads – a tourist attraction would create unwanted congestion in a still-rural area.

The master plan called for a museum housing artifacts of Newton’s life and career in the house, exhibit areas for his Arabian horses and car collection, a car wash, a theater and tours of the home. A 500-space parking lot was supposed to be included in the package.

Kennedy’s complaint said Newton refused to catalog and turn over the artifacts.

In addition, according to McCrea, the deal called for spending as much as $2 million on a new home for Newton, but the singer and his family refused to move out of the mansion to make way for the conversion.

At the time the Clark County Commission approved the project in November 2010, Newton predicted it would open in 2011 and create 300 to 500 jobs.

Newton has sought to maintain a community-oriented image, by helping in the effort to locate a USO center at McCarran International Airport, as an example. But his chronic financial missteps include a personal bankruptcy 20 years ago.

The 70-year-old Newton has counted more than 30,000 performances in Las Vegas spanning four decades at venues that have included the Flamingo, the Stardust, the Las Vegas Hilton and, most recently, the Tropicana.