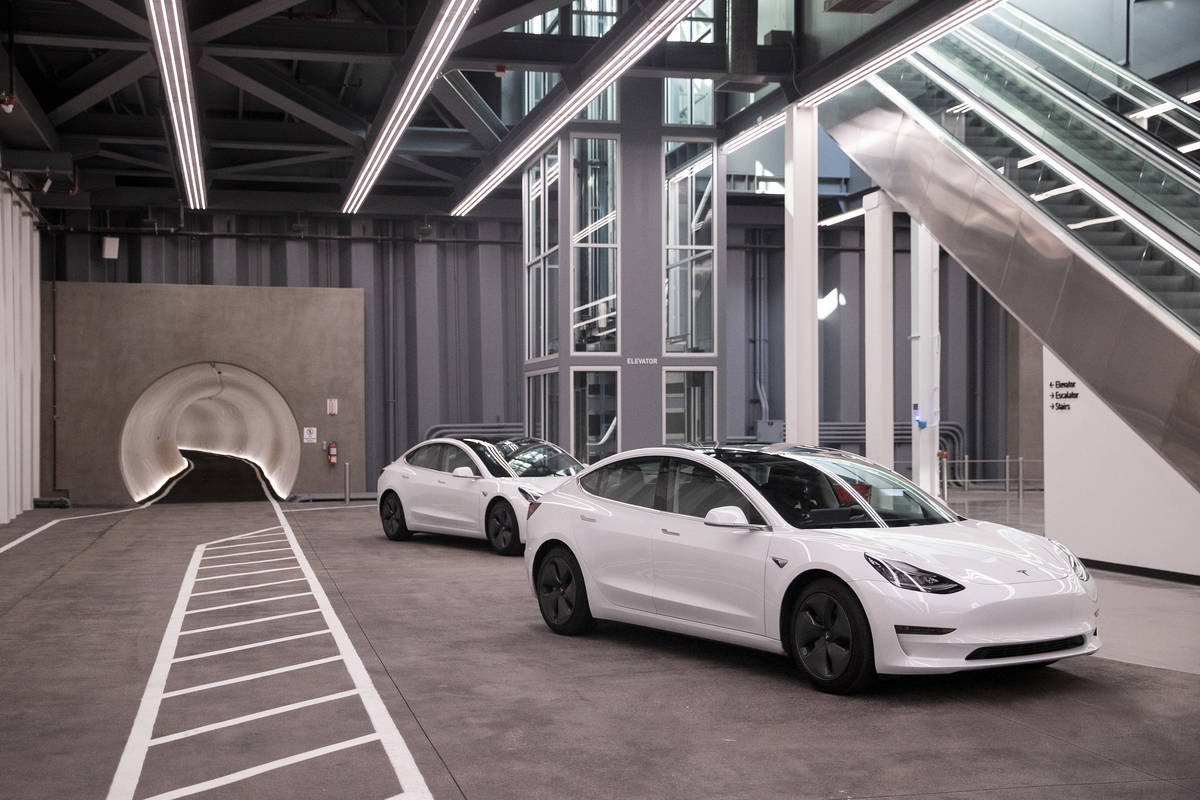 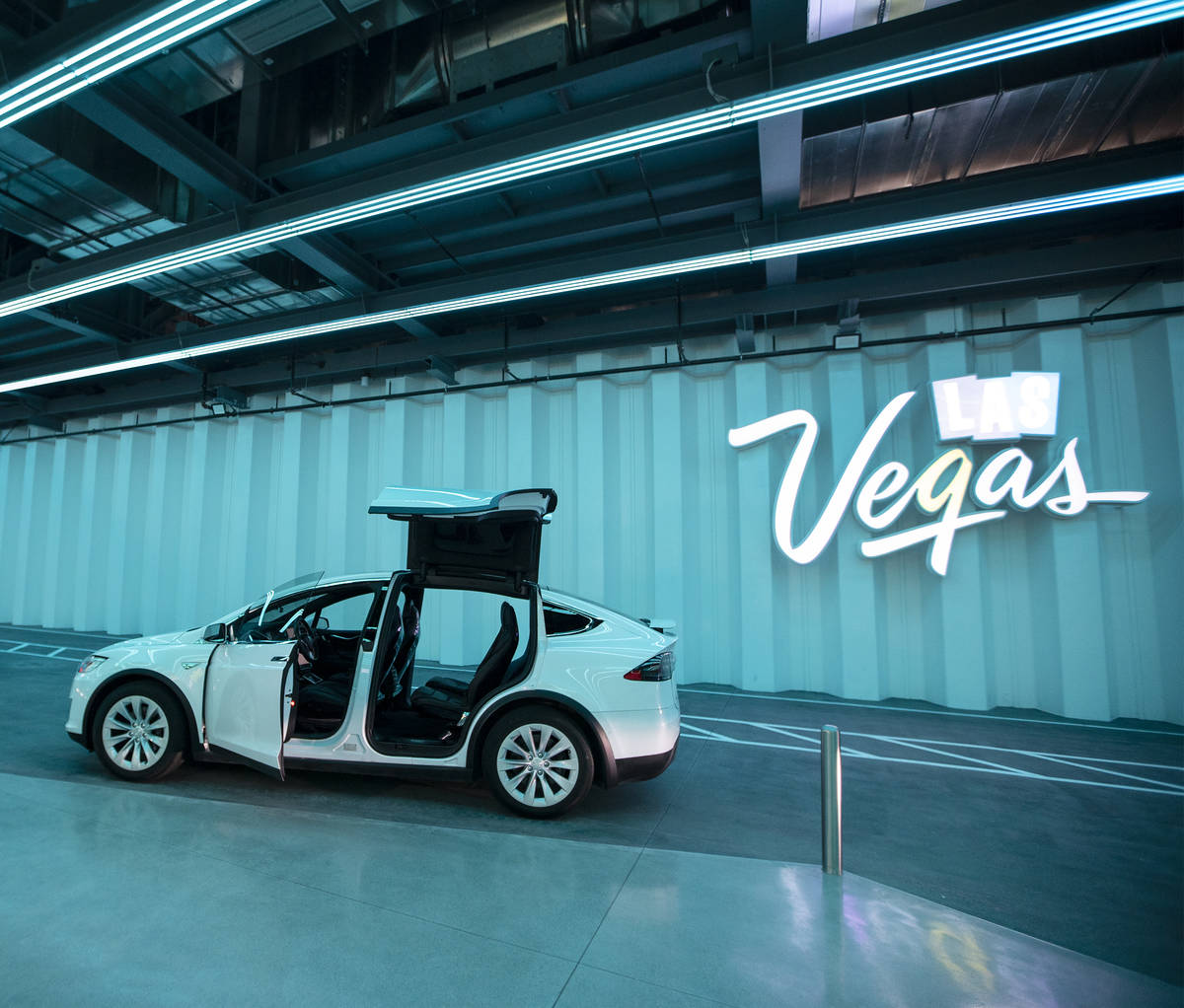 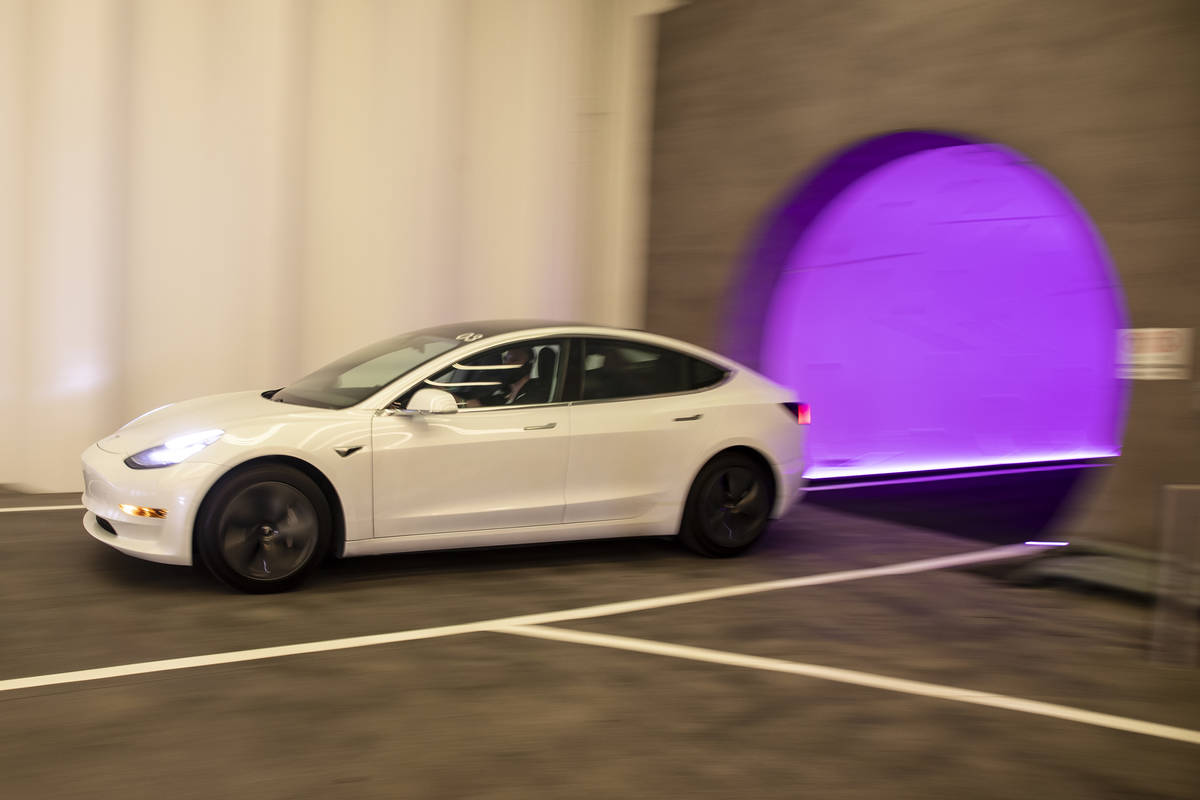 Following the big reveal of the Boring Co.’s Convention Center Loop last week, the Elon Musk-founded company released what it might cost to ride the proposed Vegas Loop.

The Vegas Loop would run from downtown Las Vegas under the Las Vegas Strip, with stops at various hotel properties, Allegiant Stadium and eventually McCarran International Airport. The system would feature Tesla model vehicles running in dual tunnels going in opposite directions.

This week Boring listed on its website examples of fares and travel times for a trio of destinations on the Vegas Loop, based on the Las Vegas Convention Center being one of the end points.

The prices and trip times listed for the Vegas Loop are just examples and could change.

Steve Hill, CEO of the Las Vegas Convention and Visitors Authority, said prices for the planned Vegas Loop would run between the cost of an Uber ride and a bus ride.

“That’s per car,” Hill said. “So, if you have three people saving bus fare for this system it becomes a pretty competitive model and obviously much quicker. The ride cost will be on a per vehicle basis, not on a passenger basis.”

Unlike the Convention Center Loop, which the LVCVA paid $52.5 million to construct, the Vegas Loop would be paid for by Boring as it would stand to benefit from the fares generated.

The Vegas Loop would be a point-to-point system, meaning a rider heading to Allegiant Stadium from the convention center would have a straight ride there and would not have to stop at each property along the way, as the Monorail is set up.

“It makes a lot of sense when there’s not going to be any better way to do that than underground, in a Tesla, not having to stop for a traffic light, for congestion or for any other thing along the way,” Hill said.