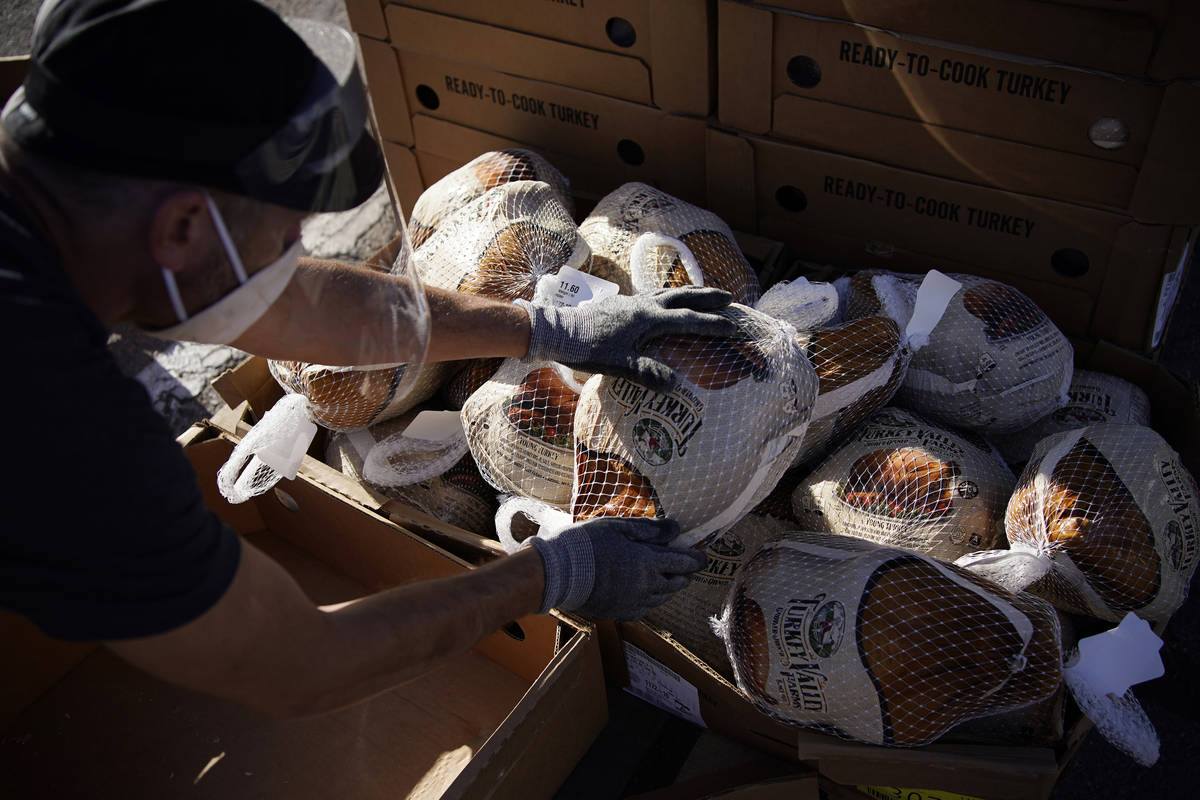 A volunteer unpacks frozen turkeys to give away at a free Thanksgiving food distribution event by the Culinary Academy Las Vegas for people affected by the coronavirus pandemic Saturday, Nov. 21, 2020, in Las Vegas. (AP Photo/John Locher) 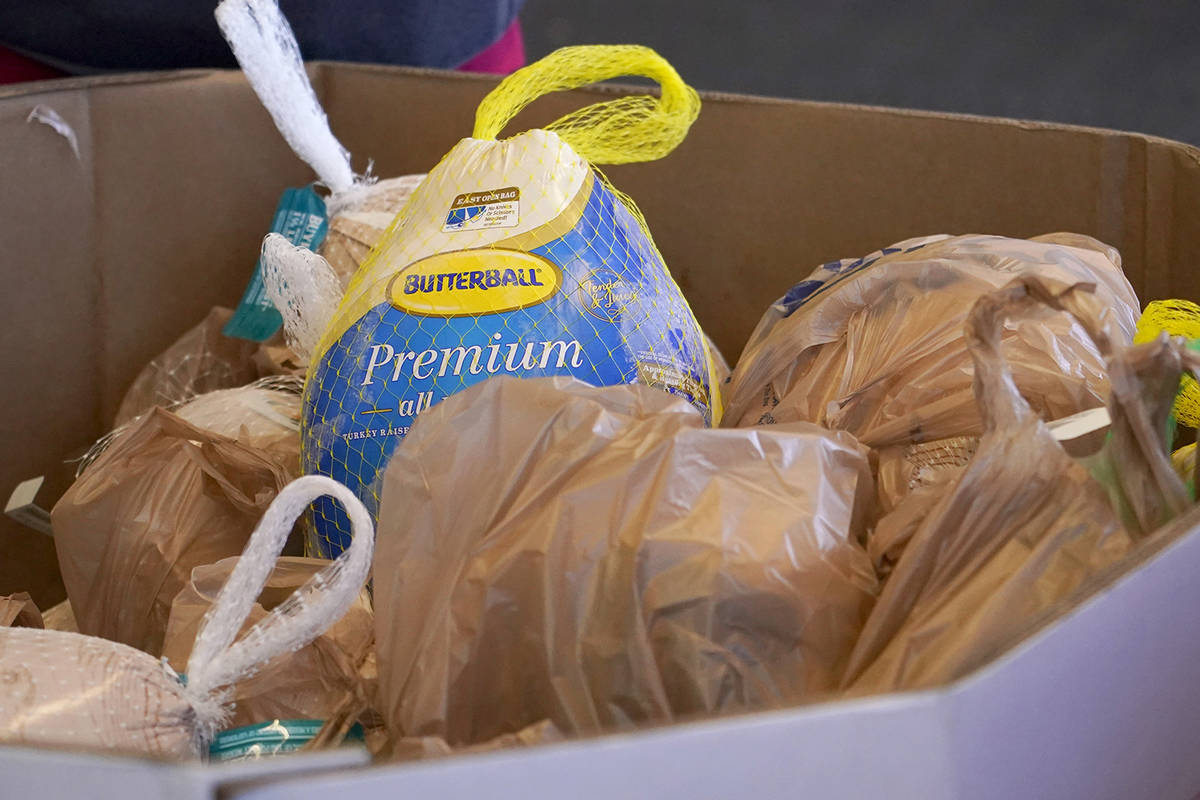 With just a few days before Thanksgiving, grocery stores across the U.S. are offering deals on many of the key ingredients for the annual feast.

But not for frozen turkey.

In fact, prices for frozen turkey are up an average of more than 30 percent since the start of the year, according to a data analysis by Wells Fargo. Michael Swanson, an agricultural economist and senior vice president for the bank, said several factors are fueling the higher prices.

Turkey prices are also up this year because of supply chain issues.

Cargill, a large producer of whole turkeys, closed its Texas facility before the COVID-19 pandemic. The plant processed an average of 27,000 turkeys a day, and the closure “limited some of the supply in the market,” Swanson said.

Jay Jandrain, chief executive at Butterball, one of the nation’s largest turkey producers, told the Review-Journal that while the company does not speak about specific sales figures, 1 in 3 turkeys on the Thanksgiving table is a Butterball.

“Our retail partners set the prices for our products in store,” Jandrain said. Butterball said it produces more than 1 billion pounds of turkey annually.

Albertsons declined to comment, and representatives for Smith’s, Walmart and Sam’s Club and Target did not respond to a request for comment.

Beth Breeding, vice president of communications and marketing for the National Turkey Federation — which provides turkeys for the annual White House Turkey Pardoning — said that while wholesale prices are up, the trade group has seen retail prices similar to last year because of the deals and incentives offered.

“Like every industry, we have been working to adjust to market disruptions and shifting consumer demands this year, but we have no concerns regarding Thanksgiving turkey supply,” she said. “There is plenty of turkey available for holiday tables.”

But Swanson said he is seeing fewer promotions this year.

“We have talked to a number of retailers and food manufacturers who are not using the same amount of what they call trade money — the promos like buy-one-get-one or coupons. Simply, they’ve had such good demand, they see no reason to try to stimulate it even more,” he said.

Jandrain, of Butterball, said that the company’s surveys found that more Americans will host smaller gatherings this year and that “there is a desire for slightly smaller turkeys.” He said the surveys found that 75 percent of Thanksgiving hosts “want the same size or even a tad larger turkey than last year.” The remaining 25 percent of hosts are looking for smaller turkeys this year.

Swanson said grocers have stocked up on smaller turkeys.

“We’ve heard from some of our industry contacts that there was a premium on smaller birds this year because people aren’t going to have the large 18-to-20 people sit-together,” Swanson said.

And when it’s a smaller crowd to feed, Swanson said Americans might skip turkey altogether.

“We also heard from people that, when you’re only going to cook for five to six people, or less, you’re willing to strike out different options that are less traditional this time around,” he said. Some grocery stores across the valley are selling chicken, turkey breasts, roast beef, ham and other meat cuts that are easier for novice Thanksgiving chefs.