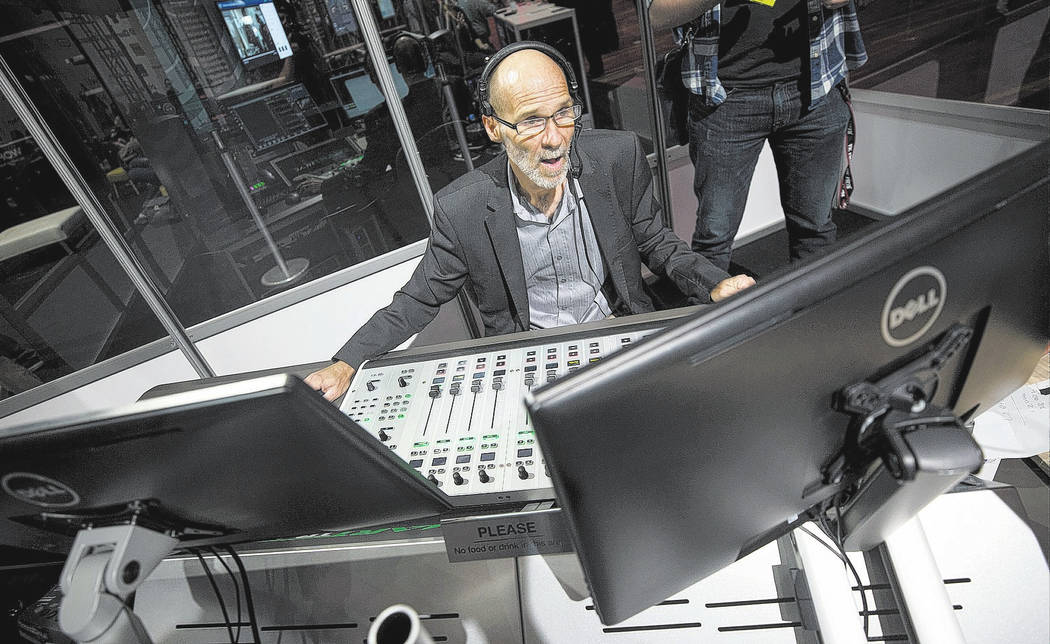 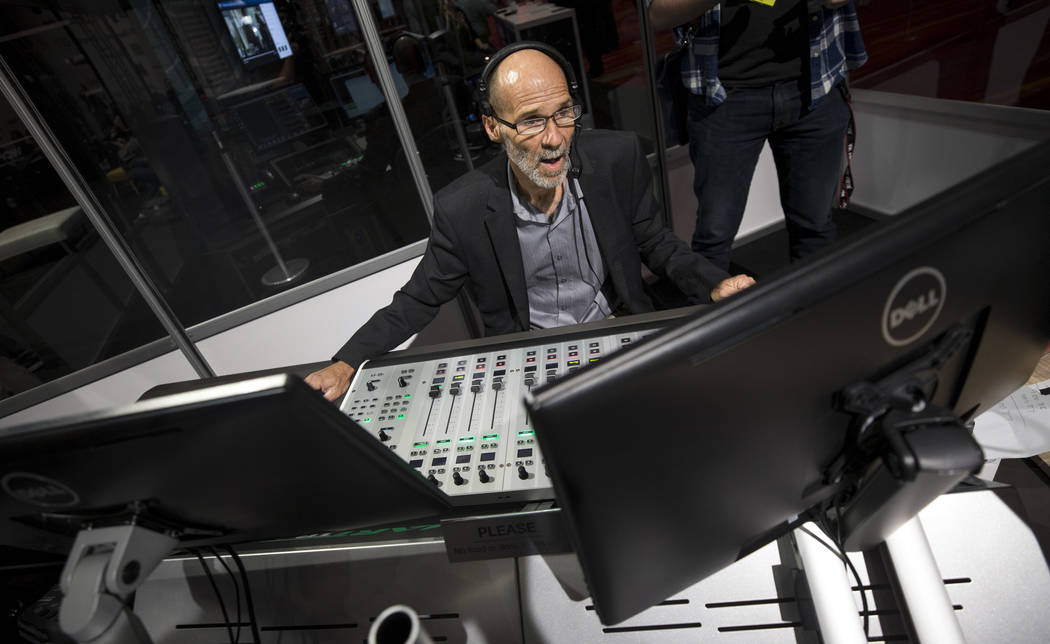 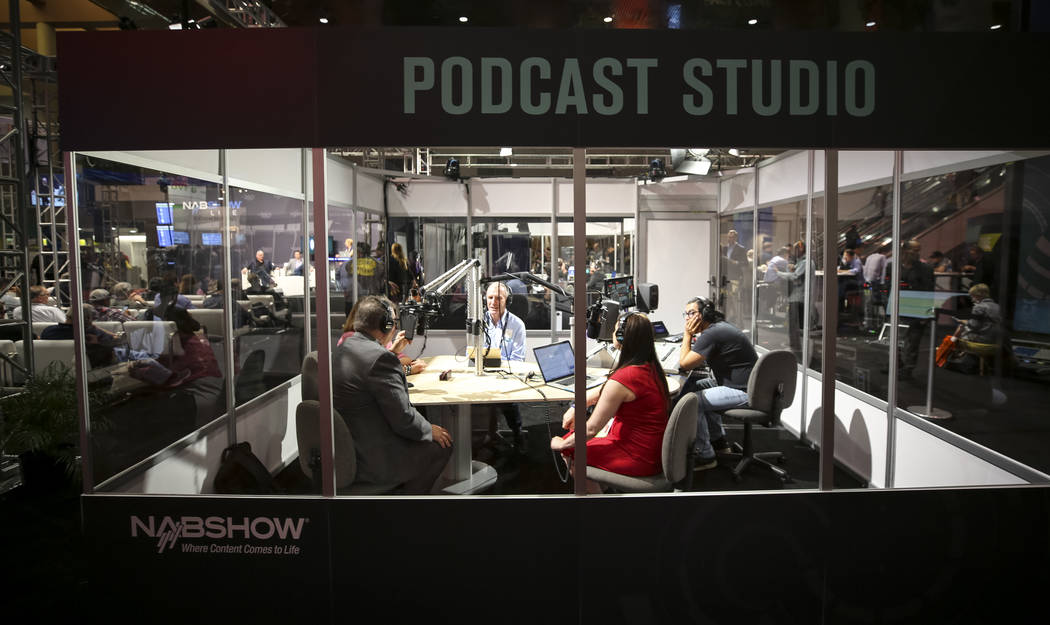 People broadcast from the Podcast Studio during the first day of the NAB Show at the Las Vegas Convention Center on Monday, April 9, 2018. Richard Brian Las Vegas Review-Journal @vegasphotograph

For years, film studios have adapted books and comics to the screen with wild success.

Now, producers of television shows and movies are searching popular podcasts for their potential next big hit.

There are more than a dozen TV shows on air or in production that have started off as a podcast, including ABC’s “Alex Inc.”, a series about a father who decides to start his own business.

“There are some wonderful stories to be mined as more and more people discover podcasts,” Zach Braff, producer of “Alex Inc.”, told an audience of around 400 Tuesday at the National Association of Broadcasters convention.

The NAB Show has made podcasting, one of the fastest growing broadcast segments, a key focus this year. The show features several panels and a pavilion dedicated to podcasting.

A live recording in the Podcast Studio in Central Lobby. #NABShow #podcasting pic.twitter.com/ikLWUj8akl

Podcasts are episodes of a program available on the Internet and run the broad spectrum of topics from politics to crime, travel and sports. There are now more than 500,000 podcasts in more than 100 languages on Apple iTunes, according to Variety magazine.

Podcasts can be produced in a professional or makeshift studio. Most podcasts are started by individuals with a passion for a particular topic.

The lack of strict standards for how podcasts are to be produced — and their relatively low production costs— are giving rise to some creative programs that can make it to screen, said Matt Tarses, executive producer and writer of “Alex, Inc.”

“TV gets watered down” by the industry’s own rules, Tarses told the crowd. Podcasters “are trying new stuff. They all have this authentic truth to them.”

Deciding which podcast to adapt can be easier than deciding on a book because of the more intimate connection created with characters though their voice, he said.

“You can hear the nuance in their voice. It is easier for dumb people like me to say, ‘I can make this a show.”’

Payne Lindsey, who directed a few short films, started his documentary podcast “Up and Vanished” in 2016 because of the low start-up costs, he told the audience.

His program, about an unsolved murder in Georgia, surged in popularity, garnering more than 140 million downloads. It also helped generate important tips that finally lead to an arrest last year in the 12-year old case.

I’m thinking about leaving a trail of obscure pictures over the next week that gives hints to Season 2 of Up and Vanished starting with this one. pic.twitter.com/or9K5JOJ8L

Propagate Content, a production and distribution company, will turn “Up and Vanished” into a TV series to be aired on Oxygen, a crime-themed cable TV channel.

“Podcasts are the new books to be adapted. You already have a built-in audience ready to move to television,” Lindsey said.

More than 30 million individuals watch, listen to or download a podcast each month, according to Nielsen ratings. The podcast audience has doubled over the past several years driven by the growth in smartphones.