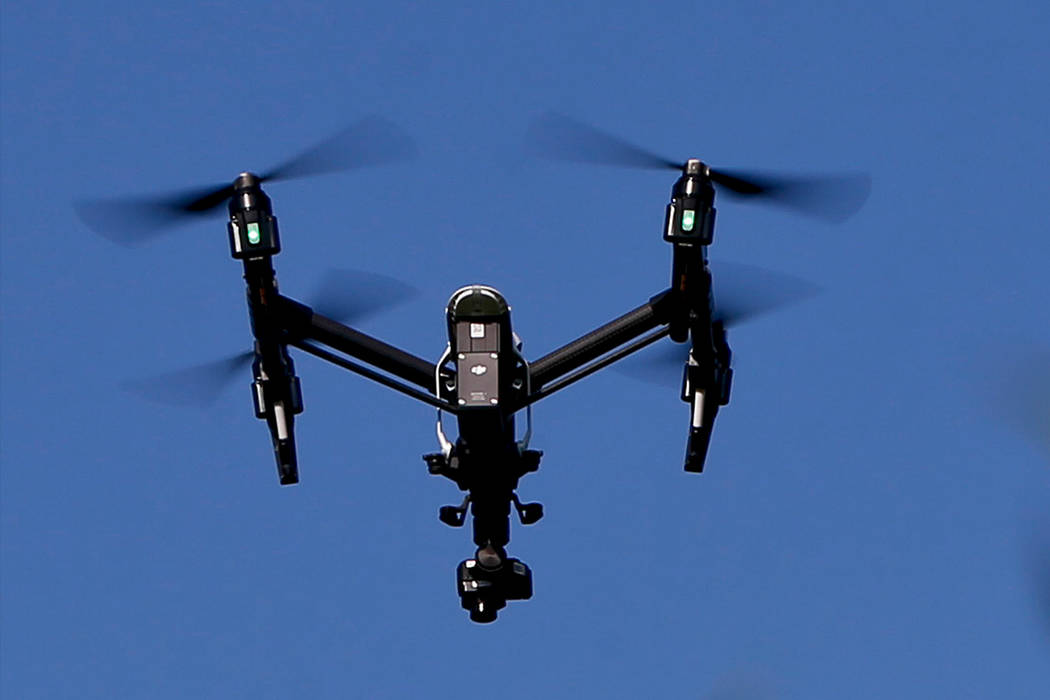 A drone is pictured in this file photo. (AP Photo/Keith Srakocic, File) 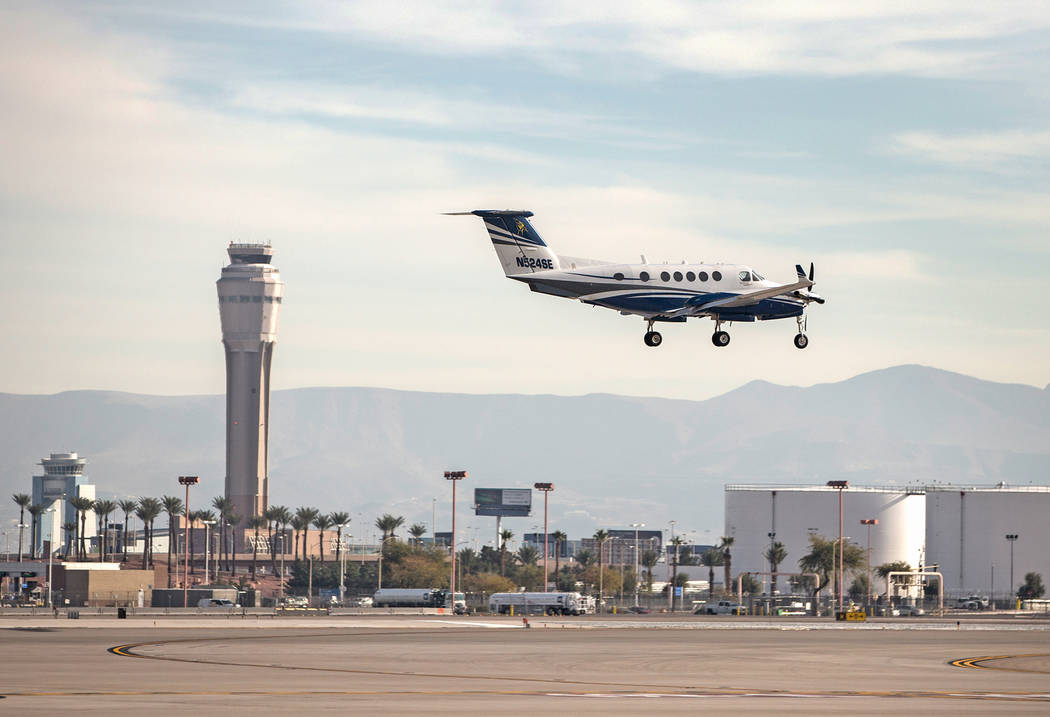 A plane passes by the air traffic control tower as it prepares to land at McCarran International Airport on Tuesday, Dec. 18, 2018, in Las Vegas. Benjamin Hager Las Vegas Review-Journal 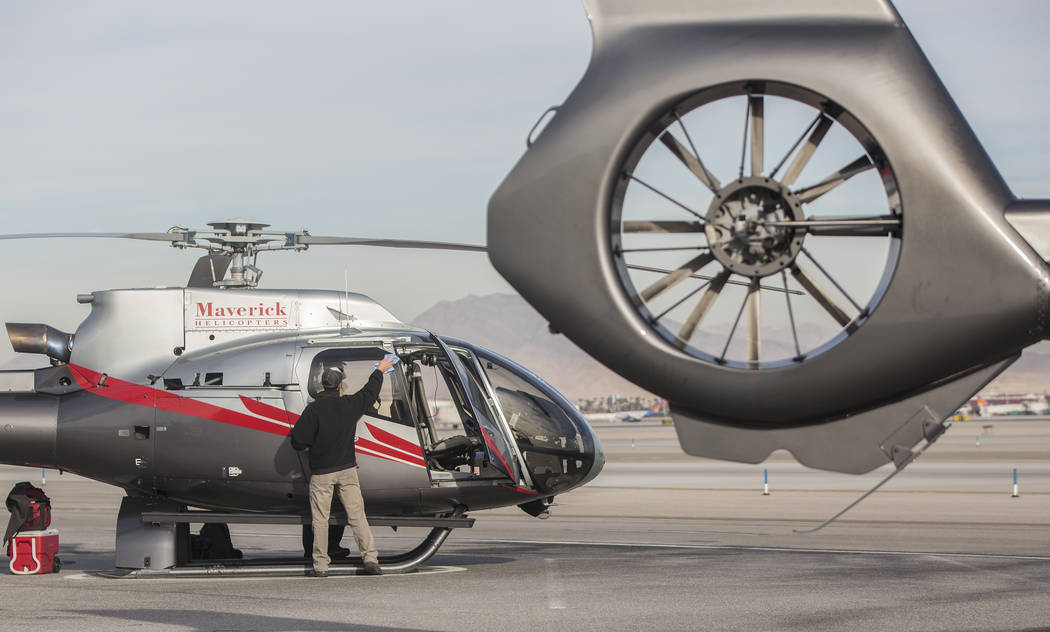 A Maverick tour helicopter is cleaned after dropping off a tour group on Tuesday, Dec. 18, 2018, at Maverick Helicopters, in Las Vegas. Benjamin Hager Las Vegas Review-Journal

On the evening of Nov. 27, a Maverick tour helicopter pilot spotted something unusual while flying near the Las Vegas Strip.

The pilot called air traffic control to report a drone sighting, estimating the flying machine was about 500 feet below the helicopter in restricted airspace.

Data show an uptick in unauthorized drone sightings in Nevada and across the nation. Federal and local agencies are working to make the skies — and the people below — safer.

Bryan Kroten, vice president of marketing for Maverick Aviation Group, said the encounter posed no risks to the helicopter.

Kroten said Maverick pilots report a drone sighting a couple times each month, and the volume has been steady the past few years. For the rest of Nevada, unauthorized drone sightings are a growing trend.

These numbers cover all reports, which are not independently verified. Still, Walach believes drones operating unsafely are underreported.

“These helicopter and commercial airplanes are likely not seeing drones that are incurring in their controlled airspace,” he said. “The drones are so tiny. … It’s hard to detect them audibly and visually.”

An FAA spokesman said the number of reported drone sightings could be increasing for a variety of reasons.

According to FAA data, there were 297 registered hobbyist drone pilots in Nevada as of November.

According to the FAA, the best tool to increase drone safety is education.

“We believe most people want to fly safely and care about safety,” a spokesman said. “But many, if not most, drone users have little to no prior aviation experience, and might not know what operating safely entails. Drone operators have to understand that as soon as they start flying outside, they are pilots with the responsibility to operate safely, just like pilots of manned aircraft.”

To help combat misinformation, the FAA launched the Know Before You Fly campaign in 2014. The initiative provides educational resources to drone pilots. This year, the agency launched a drone safety campaign aimed at kids that uses a cartoon drone named Buzzy.

This year, the NIAS launched the Nevada Drone Center of Excellence for Public Safety, which focuses on increasing drone safety awareness. The center was launched after a series of incidents, from a drone flying close to a passenger jet landing at McCarran International Airport to reports of falling drones injuring tourists.

“We’re trying to grow national and state awareness of a problem,” Walach said.

For those who do operate drones illegally, the FAA does have the authority to issue fines.

“While our preference is to educate people about safe drone operations, we don’t hesitate to take strong enforcement action against drone pilots when warranted,” the FAA spokesman said.