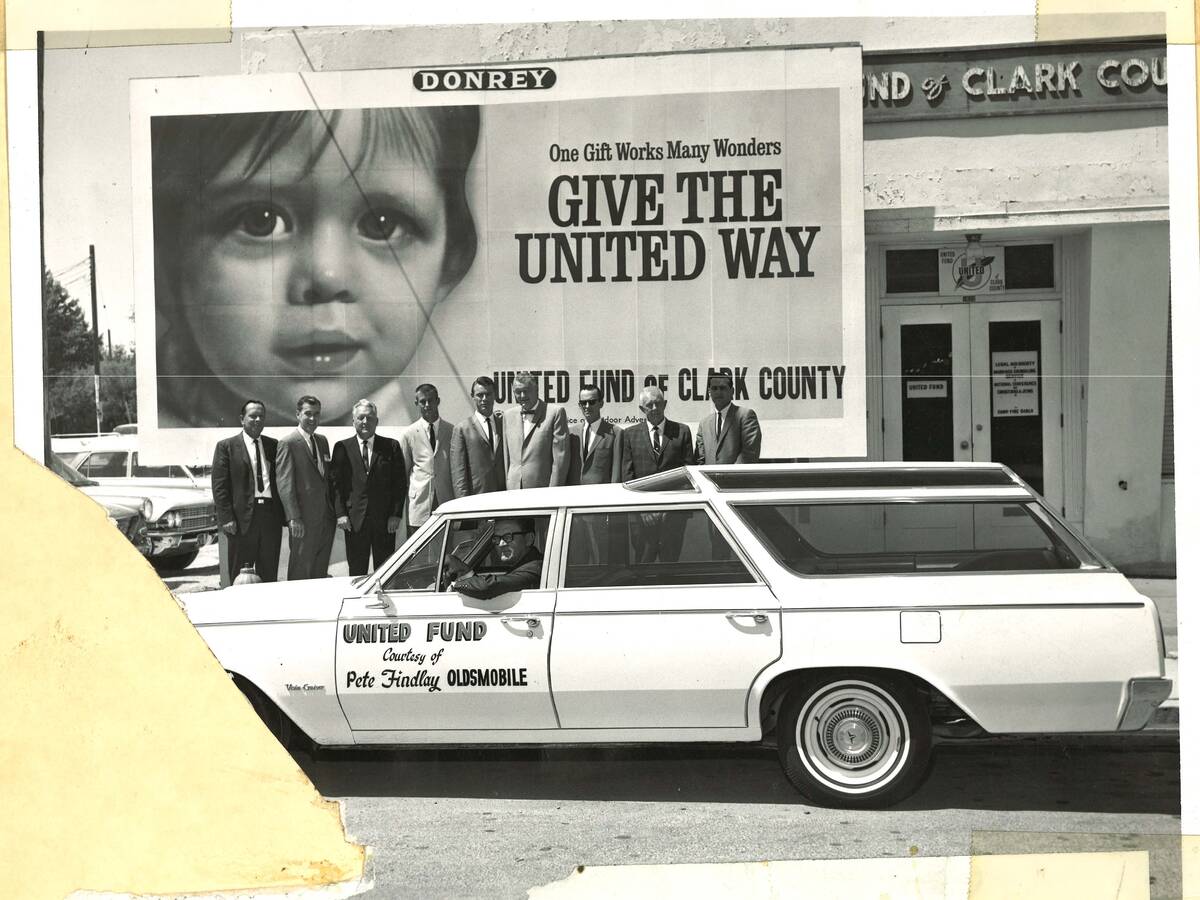 People pose for a photo outside the United Fund of Clark County office with a United Fund car, courtesy of Pete Findlay Oldsmobile, circa 1964. (Courtesy of United Way of Southern Nevada) 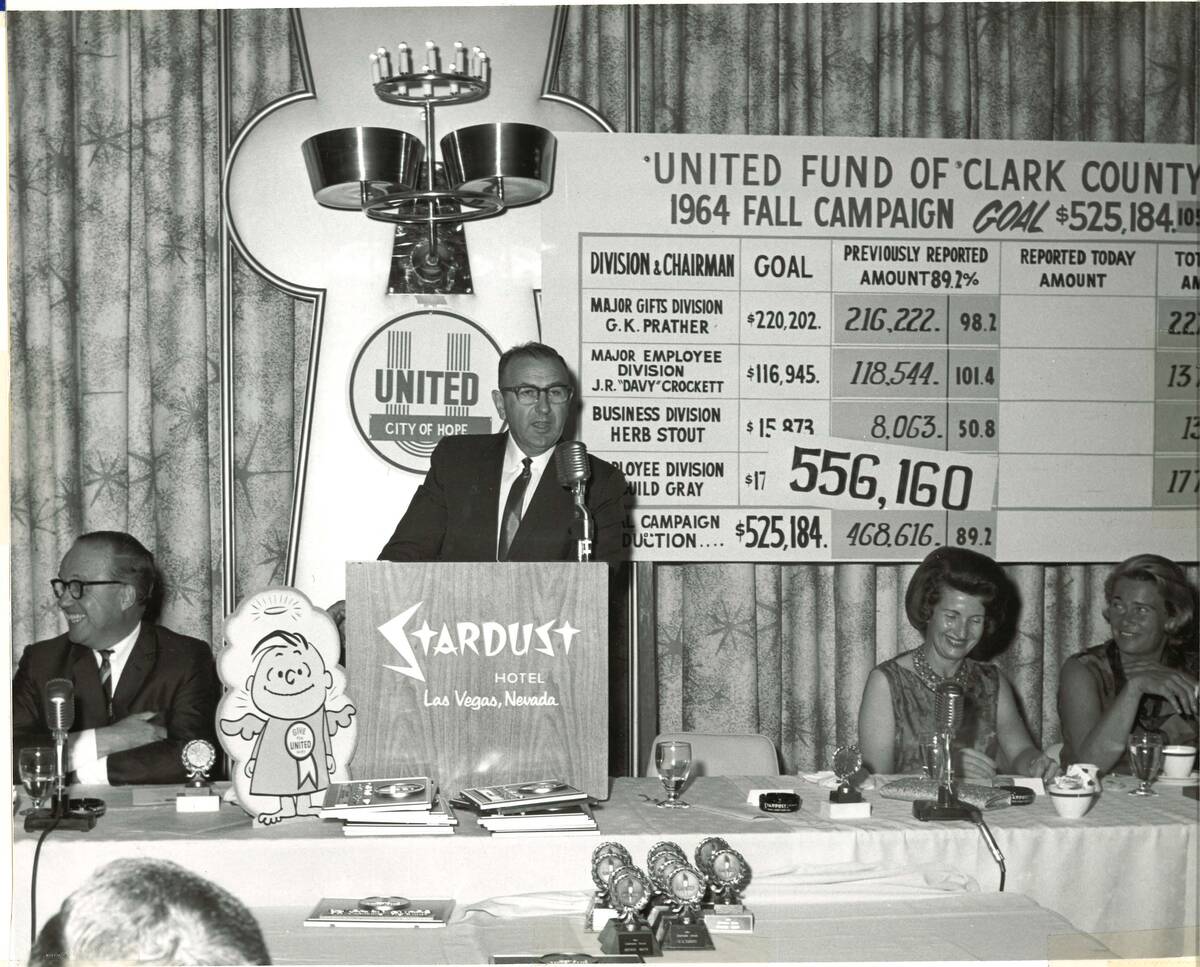 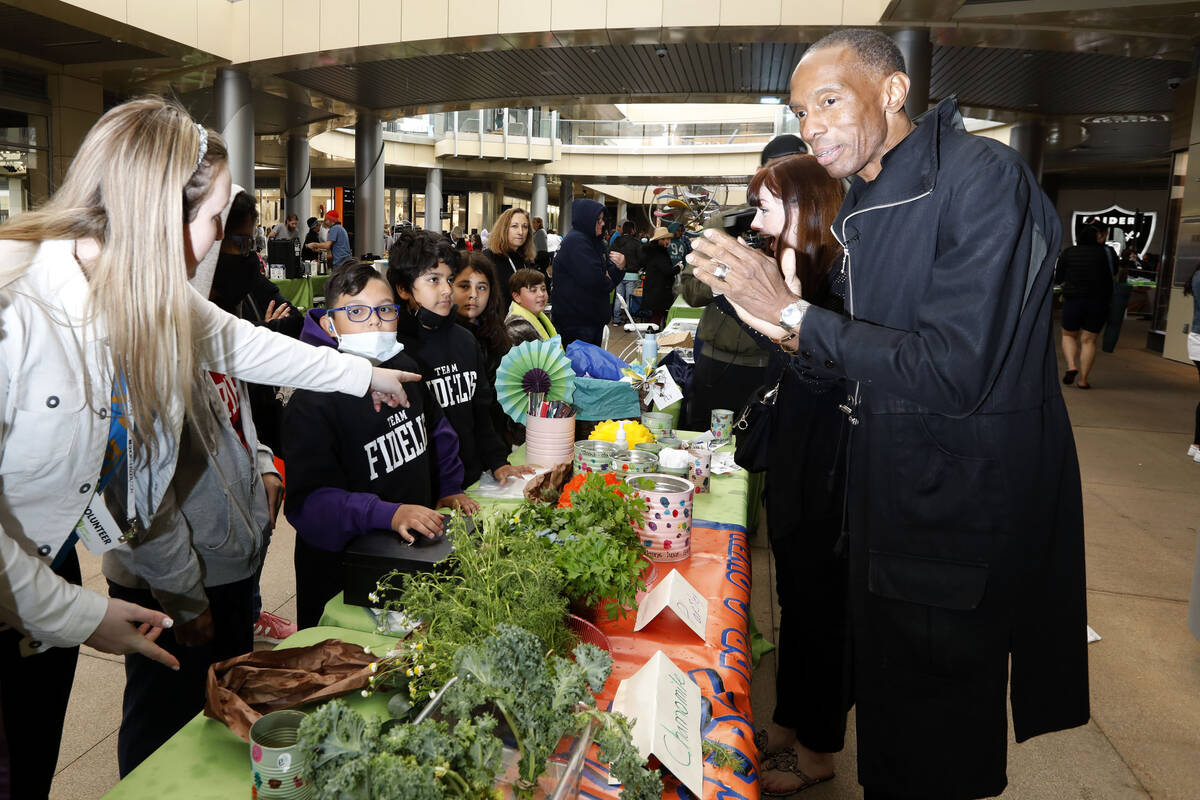 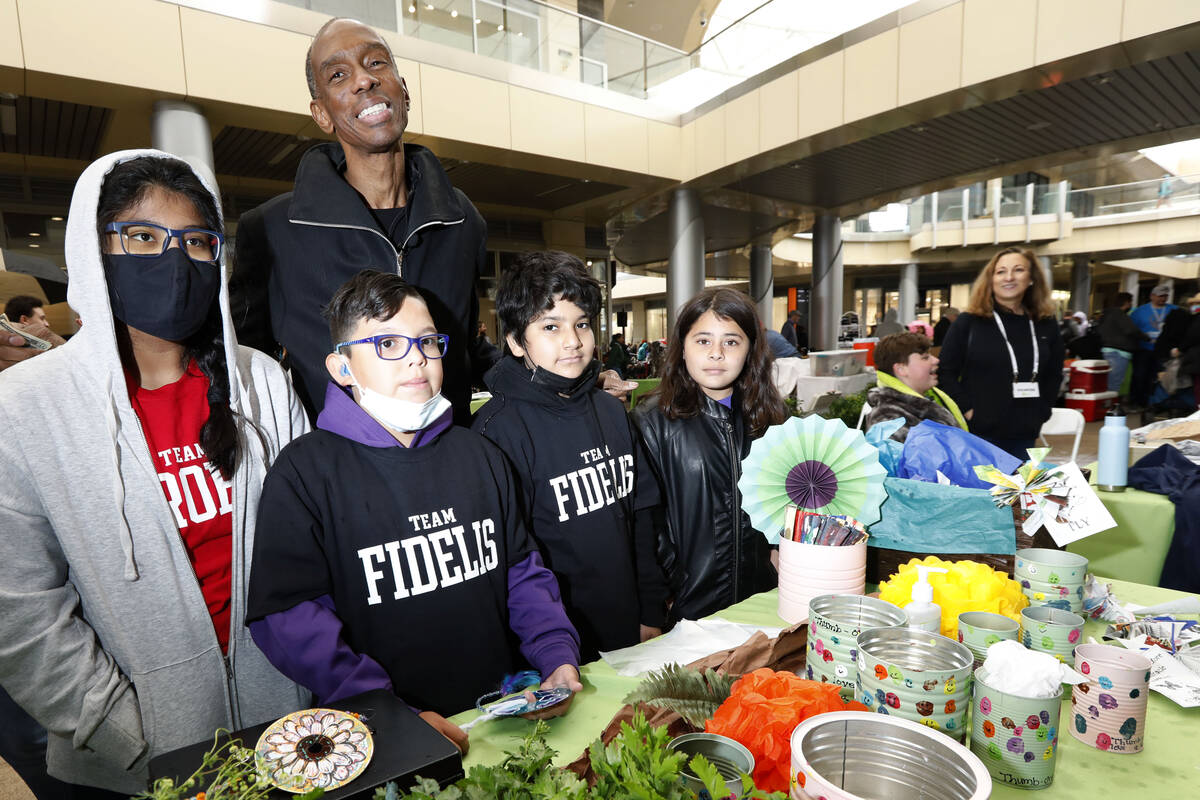 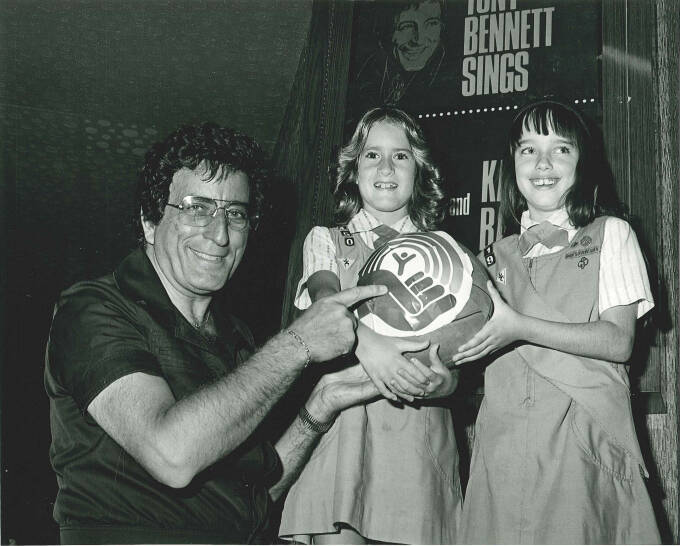 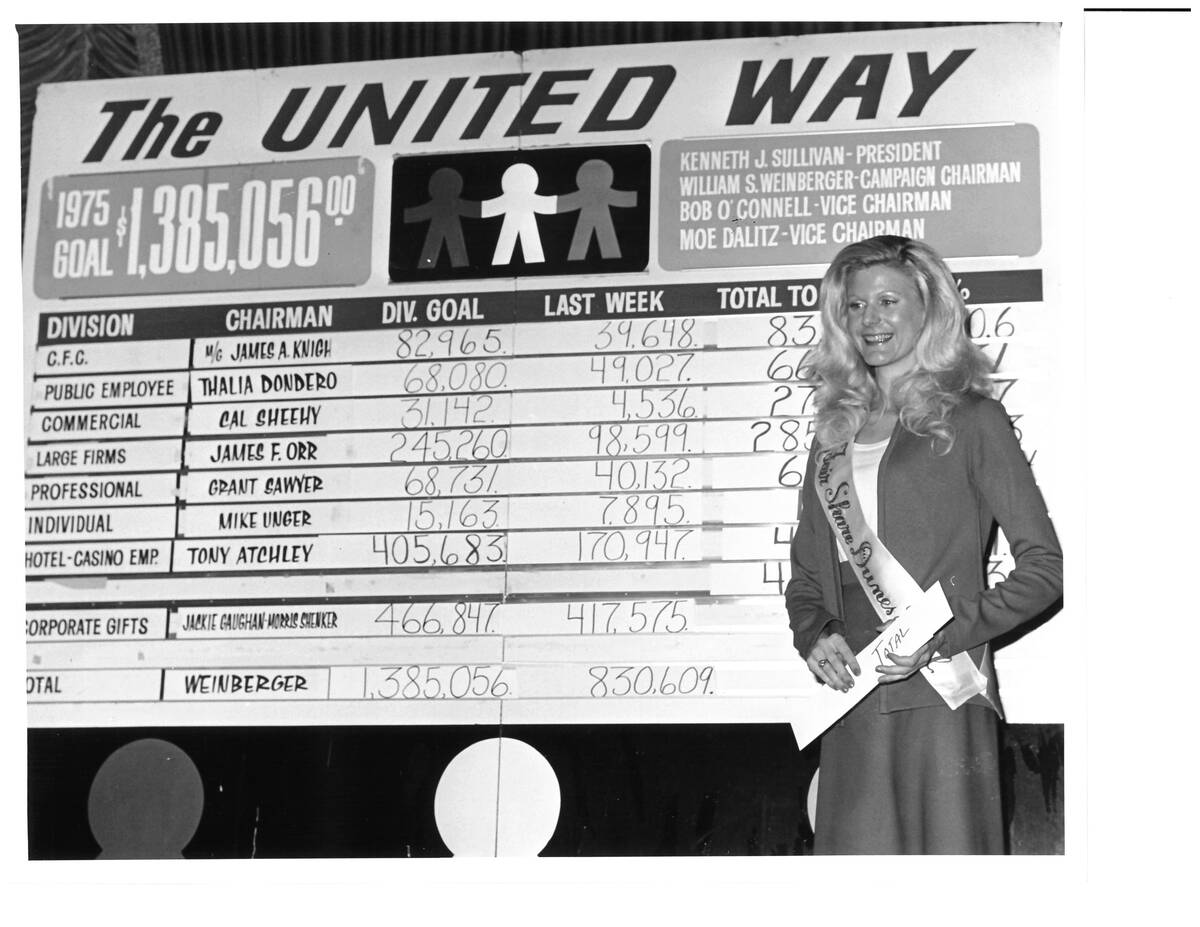 The United Way of Southern Nevada has been serving the community for more than six decades, so there are probably many ways to answer this question: What best exemplifies the work of the organization?

But for Don Waitman, the organization’s longest-serving employee, the answer comes easy. It was the United Way’s response to the local economic fallout in the wake of 9/11. When thinking about what best exemplifies his team’s work ethic and community commitment, Waitman recalls that time.

As the country dealt with the grief and fear surrounding the terror attacks, Las Vegas suffered an additional blow: economic repercussions from the steep, sudden decline in tourism. Waitman, who’s been with the organization for 28 years, remembers that time with pride because of the United Way’s quick reaction. Within a week, the team created a fund for displaced hospitality and airline workers.

“It’s good that you’re helping in the community and you do what you need to do,” said Waitman, the facilities and IT manager. “That was something the community needed, and because we are flexible, that’s something that we could do.”

United Way kicks off its celebration of 65 years in Las Vegas with festivities beginning this month. The fundraising nonprofit began as the United Fund of Clark County, serving 55,000 people with its approximately 20 partner organizations. It’s since grown with the Las Vegas area into one of the largest nonprofits in the valley, serving 1 in 4 of the 2.3 million Southern Nevadans through 75 nonprofit partners.

The all-volunteer group operated similarly to modern day, relying on workplace campaigns and other fundraising drives to operate and give grants to its nonprofit partners. Still, the nonprofit was innovative at the time. United Way officials believe it’s the first local affiliate to offer multiyear grant funding to nonprofits, creating more flexibility in budgeting.

“We’d like to think that United Way was responsible for helping elevate the art of philanthropy across the Las Vegas Valley,” CEO Julian High said.

While the organization’s main efforts come through fundraising, its presence in the community is also key. High, who grew up in Las Vegas and went to Chaparral High School, has his own memories of the United Way’s support at Boys &Girls Clubs in the area. His dad was a frequent coach for neighborhood sports teams and often received economic support from the organization’s opportunity board.

It’s often those long-lasting partnerships that strengthen the nonprofit’s role in the community.

But like Waitman, many United Way employees say their proudest moments often come around the tough times.

Like 9/11, other moments of crisis show how the organization pivots to offer support when most needed. Emergency funds were created after the Route 91 Harvest festival shooting in October 2017, including one for post-traumatic stress disorder, and in March 2020 when the pandemic’s containment measures led to mass furloughs and layoffs in the state.

“We were playing in that space because we were needed and asked to,” High said. “And I think that’s the beautiful thing about this organization is that we adjust, we’re nimble.”

The partnership with the Girl Scouts has continued for so long, Romero said, because of the long-lasting impact both institutions have had. Their work gains additional credibility when they join together, such as Tropa Exploradora, a recent program to engage Spanish-speaking families to join the Girl Scouts. The United Way awarded Girl Scouts with a grant to get proper staff and volunteer support and publicity to make the program more known.

“It shows a shared focus on what we do in the community and our service,” Romero said. “We know who we are, and we encourage other organizations to come into the fold and help subsidize some of the work we do.”

The United Way will celebrate its anniversary with 14 months of special programming and promotions, it said. It kicks off with a Golf United Tournament on May 26 at the Revere Golf Club, consisting of 72 foursomes, and ends in 2023 with an anniversary ball.

Fundraisers such as those are part of the long-term sustainability plan, High said. United Way branches nationwide are receiving fewer dollars through workplace campaigns than in previous decades, forcing the organization to diversify its revenue sources.

The future will include more effort on grassroots campaigns for individuals who want to choose how they donate, High said. And the organization will work to solicit donors and funding through state and federal grants and major local and national philanthropists.

“People who have been here for a long time will remember people always saying to us here in Las Vegas: ‘That place doesn’t have a right to exist. They’re just one bust away from being done forever,’” he said. “And that never happens. We continue to persevere and we continue to build.

“Here in Las Vegas we have a real opportunity. We have a growing population, a growing sense of possibility and growing numbers of people who are coming the community who bring resources to bear with them.”