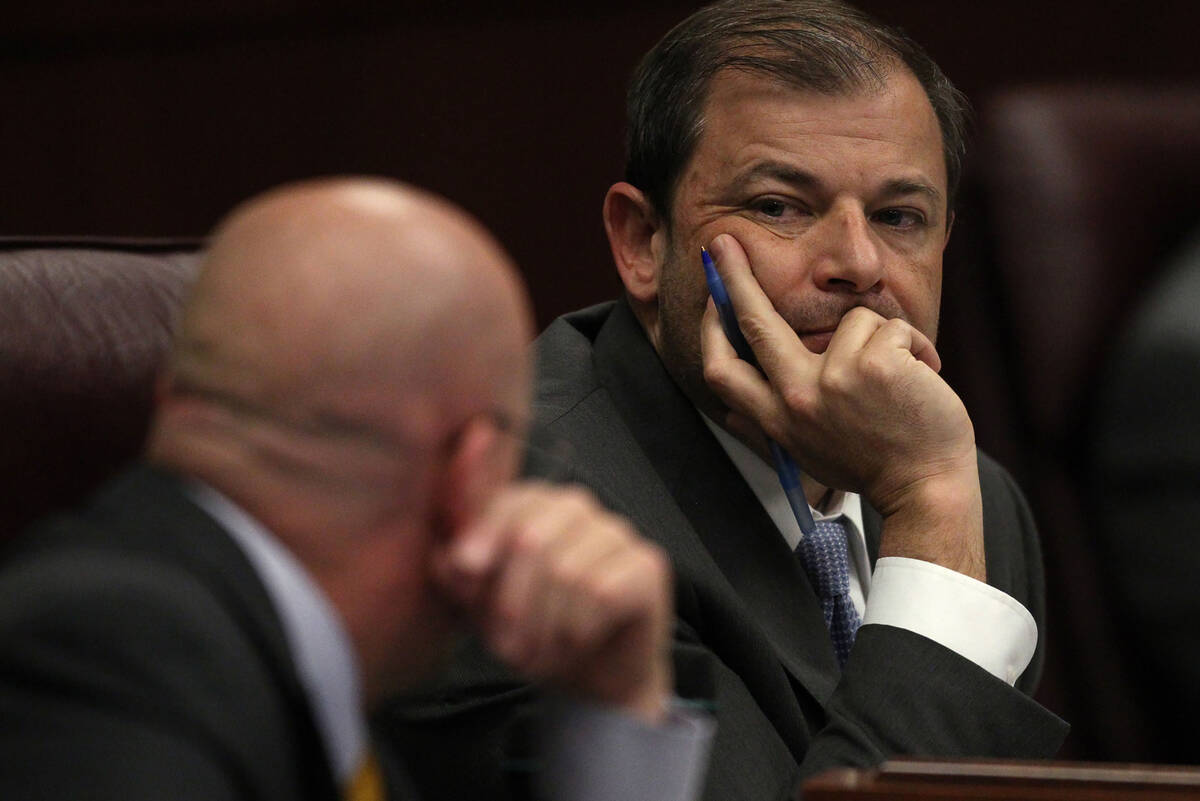 The Vegas Chamber inducted its new chairman at its annual State of the Chamber luncheon Friday.

Paul Anderson, senior vice president of government and industry affairs for Boyd Gaming, was named chairman at the event.

Anderson is the former executive director of the Governor’s Office of Economic Development and former Assembly Republican leader. He served in that body from 2012 to 2018.

Anderson announced some of his priorities at the luncheon, including getting involved in the next legislative session and focusing on education.

Republican Gov.-elect Joe Lombardo also made an appearance at the luncheon, where he administered the oath to Anderson as the new chairman and said that he is looking forward to a “symbiotic relationship” with the Vegas Chamber and their partnership “in moving this state forward.”