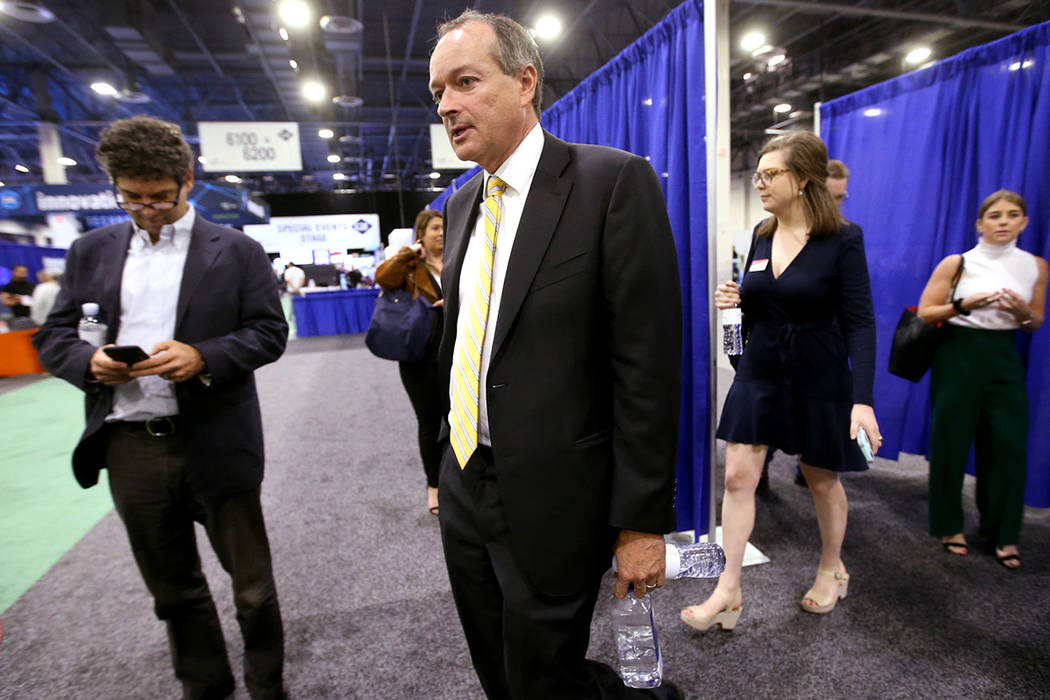 CG Technology operates seven sportsbooks in Southern Nevada. The proposed deal with William Hill includes the leases at The Cosmopolitan of Las Vegas, The Venetian, Palazzo, Palms, Tropicana and Silverton, along with betting platform and risk management consulting to the Atlantis on Paradise Island in the Bahamas, according to a Wednesday press release.

“This will allow us to expand our Las Vegas footprint to several marquee resorts,” said Joe Asher, CEO of William Hill US, in the release. “We look forward to working with our new casino partners and transitioning CG Technology’s retail and mobile customers to our award-winning offering.”

Asher could not be reached late Wednesday for further details.

William Hill US currently operates 113 race and sportsbooks in Nevada.

“It gives it more assets on the Las Vegas Strip,” he said.

As for CG Technologies, Bussmann said the deal could have stemmed from the company’s regulatory issues. The Nevada Gaming Commission fined the company $8.8 million between 2014 and 2018 for three regulatory violations, including the second-highest fine ever assessed, $5.5 million in 2014, when the company was known as Cantor G&W Holdings.

Those issues “continued to be out there as a potential liability,” Bussmann said. “People sometimes don’t forget things … even if you’re under new management.”

Parikshat Khanna, CEO of CG Technology, said the company looks forward to a “seamless transition” for its casino partners and customers.

The agreement is subject to closing conditions, including regulatory approval.