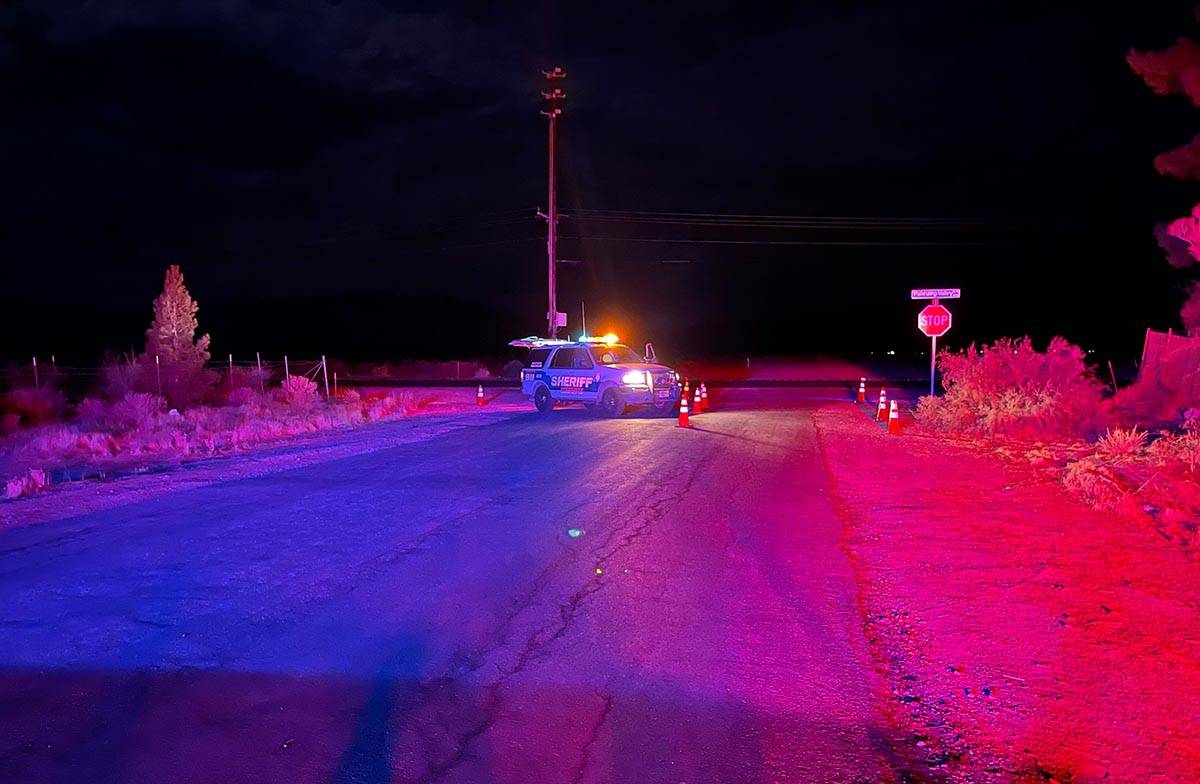 An armed standoff and hostage situation in Pahrump late Sunday, July 18, 2021, ended in an arrest, according to the Nye County Sheriff’s Office. (NCSO via Facebook) 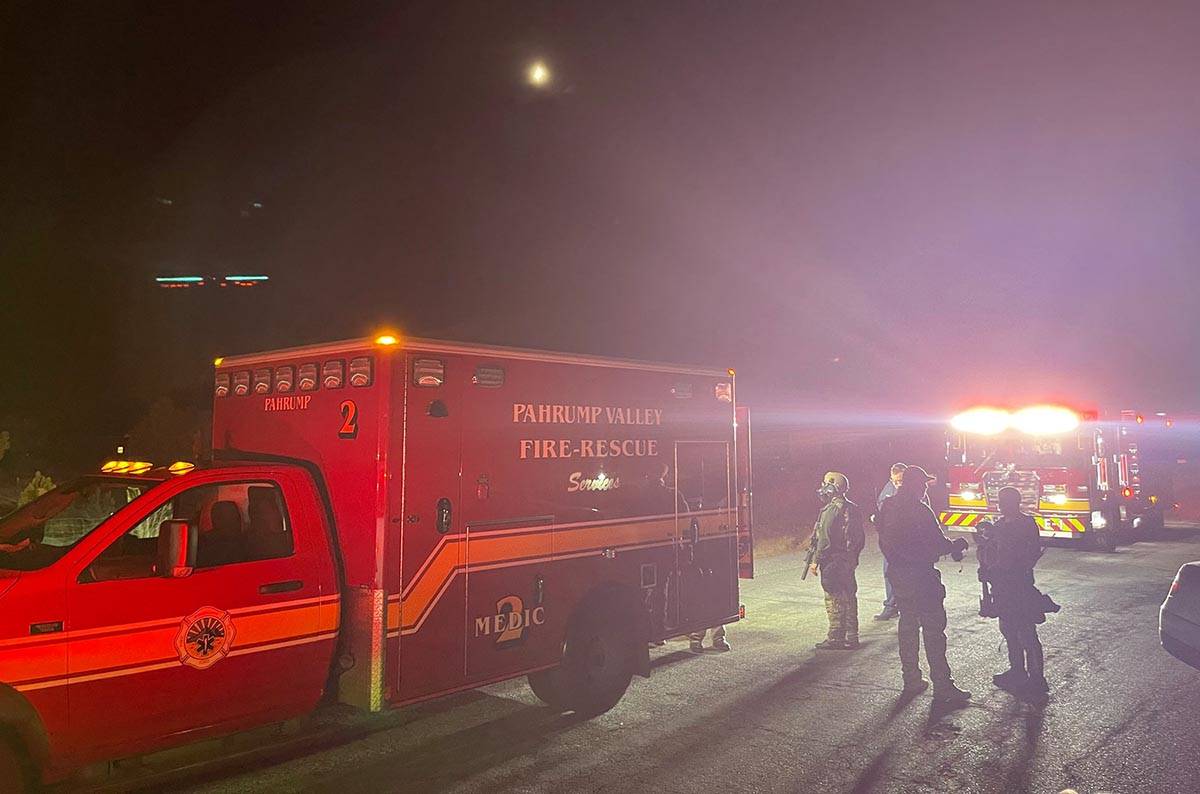 An armed standoff and hostage situation in Pahrump late Sunday, July 18, 2021, ended in an arrest, according to the Nye County Sheriff’s Office. (NCSO via Facebook)

An armed standoff and hostage situation in Pahrump late Sunday ended in an arrest, according to the Nye County Sheriff’s Office.

The situation unfolded on the 1000 block of Bruce Street, a residential area near Pahrump Valley Boulevard and Gamebird Road, according to the sheriff’s office.

It ended when a SWAT team entered the residence where the hostage was being held and captured the suspected perpetrator.

Authorities said the hostage was not harmed. The suspected perpetrator, who was not identified, was not hurt either. Neither were any Nye County deputies.