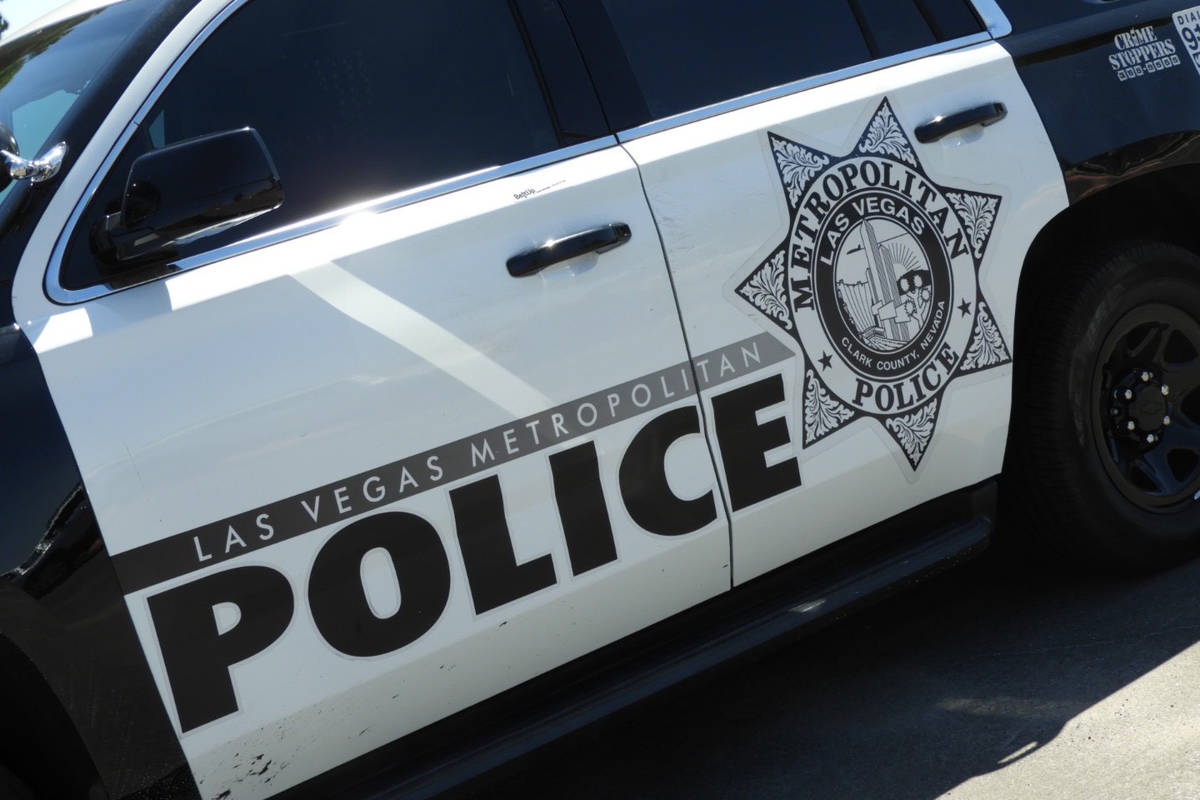 Three Las Vegas men face federal arson charges after they were accused of setting a police vehicle on fire during a protest downtown on Sunday.

Tyree Walker, 23, Devarian Haynes, 23, and Ricardo Densmore, 24, were arrested Wednesday and each charged Thursday with one count of conspiracy to commit arson and one count of arson. According to the criminal complaint in the case, the Las Vegas Fire Department responded to a police vehicle on fire near Ninth Street and Carson Avenue shortly after midnight Sunday.

A video posted to social media led to the arrest of the three men, according to the Justice Department.

“The video, which was filmed by Densmore, showed Haynes pouring a flammable liquid from a gas can through a broken or missing front passenger side window of the patrol vehicle,” the department said in a statement Thursday. “Walker lit an object to ignite the liquid, and then Haynes dropped the gas can into the patrol vehicle. All three defendants fled when they heard sirens from an approaching LVMPD vehicle.”

If convicted, the men face a minimum sentence of five years or a maximum of 20 years and up to a $250,000 fine, the department said.

They are set to appear before U.S. Magistrate Judge Brenda Weksler on Friday.

Nicholas Trutanich, U.S. attorney for Nevada, condemned the act and said he will strive to prosecute anyone committing crimes during the protests.

“Agitators who are using the camouflage of lawful protests to commit violence against law enforcement will be prosecuted,” Trutanich said in the statement. “Violence places protesters, first responders, and bystanders in danger, and steals focus away from the messages that peaceful protesters are striving to deliver.”

In a separate case, three other Las Vegas men are charged with “conspiracy to cause destruction” during the recent protests over George Floyd’s death in Minneapolis police custody.