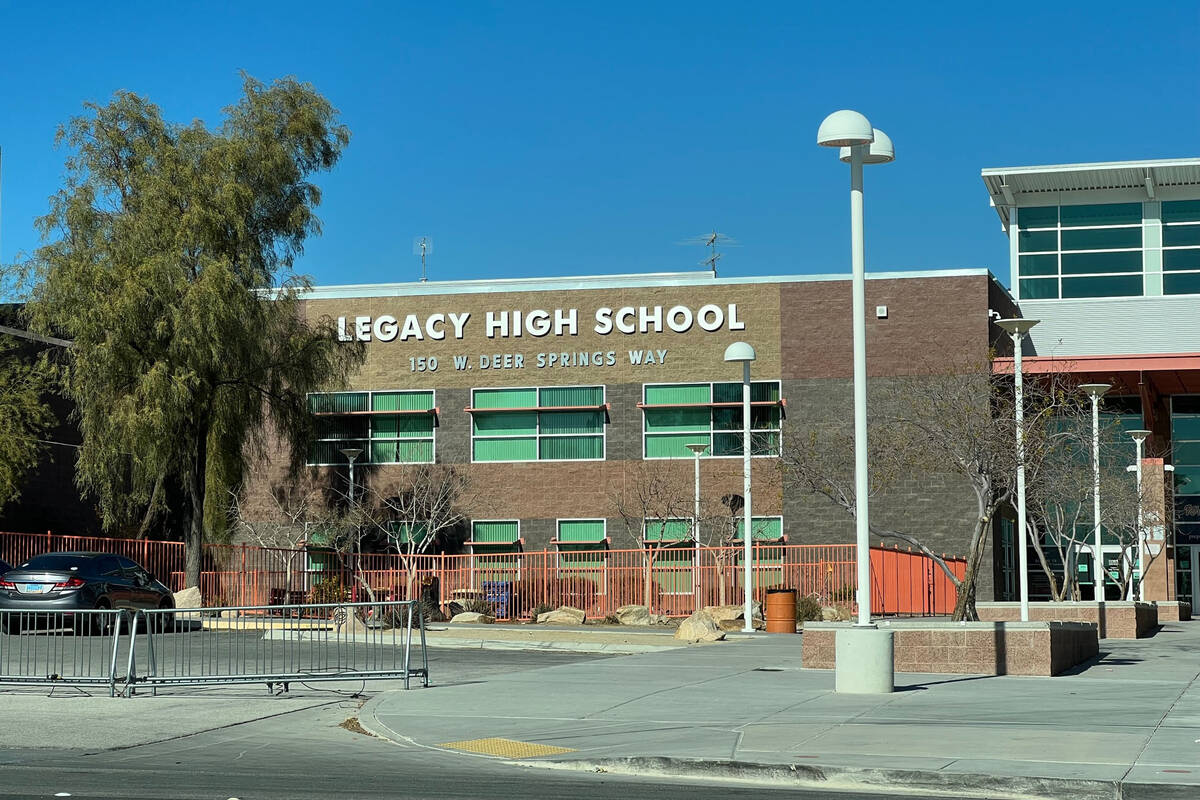 Two employees at Legacy High School were injured while breaking up a fight on campus on Friday, school officials said.

Three juveniles were arrested, and the staff members’ injuries were not detailed in a statement released Tuesday by the Clark County School District.

The statement added that student and staff safety was being prioritized through single points of entry onto campus, surveillance cameras, fencing around the campus and two officers assigned to patrol the school.

“While individual student matters cannot be discussed, know that the Clark County School District actively pursues all legal actions against anyone threatening or committing violence on our campuses or students violating the CCSD Student Code of Conduct,” the school district statement read.

Names of the students and staff members were not immediately provided.