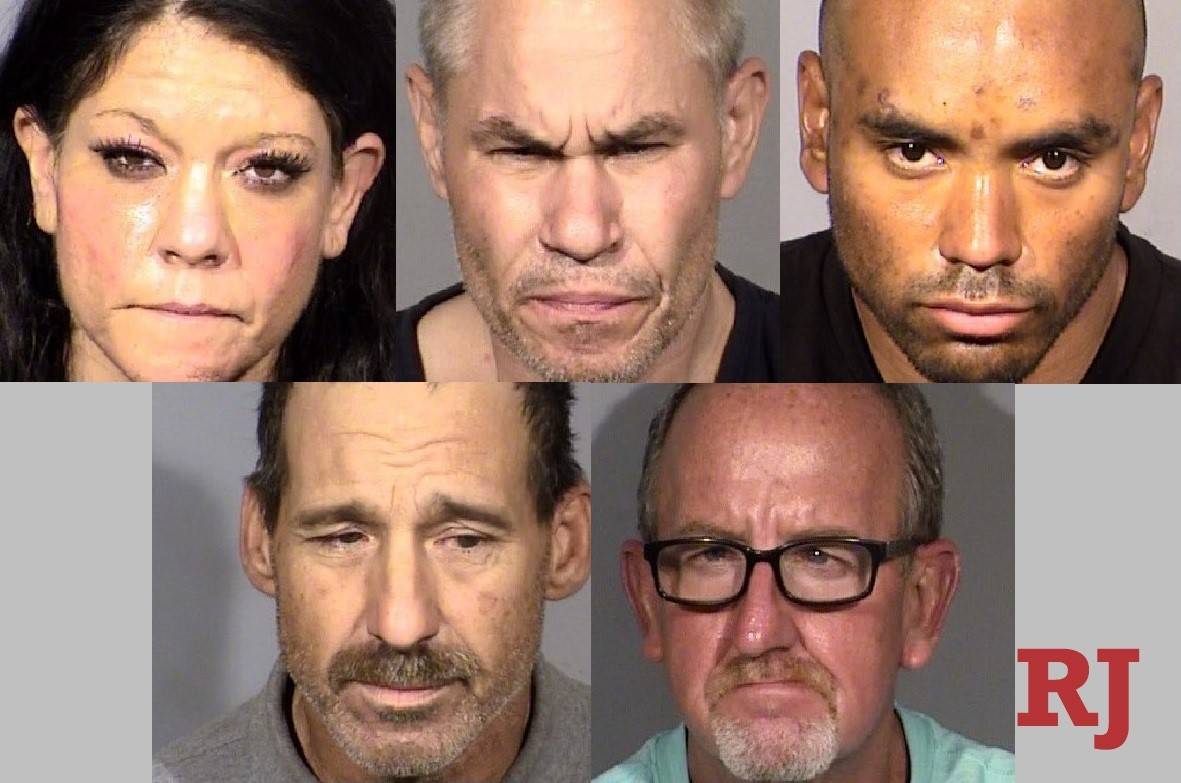 Six people were arrested Thursday in connection with recent copper wire thefts that have left the Spaghetti Bowl dark.

Detectives were investigating at the 200 block of West Philadelphia Avenue in connection with the recent thefts and found 6,290 pounds of stolen copper wire, a U-Haul truck and more than $2,300 of suspected profits from wire sales.

Two men were arrested this week on suspicion of ripping copper wiring out of a city of Las Vegas light pole.

“Thieves are getting more sophisticated, including using grinders, other power equipment as well as reels or spools to steal the copper,” Nevada Department of Transportation spokesmanTony Illia previously told the Review-Journal. “In my years (six) at NDOT, I have not seen a theft this ambitious.”

Illia estimated this month it would cost about $140,000 in wiring and labor replacement costs to get lights activated for about 20 poles from which the copper was stolen.

The suspects are being held at the Clark County Detention Center on bail amounts between $100 and $5,000, and all are expected to make court appearances Saturday.