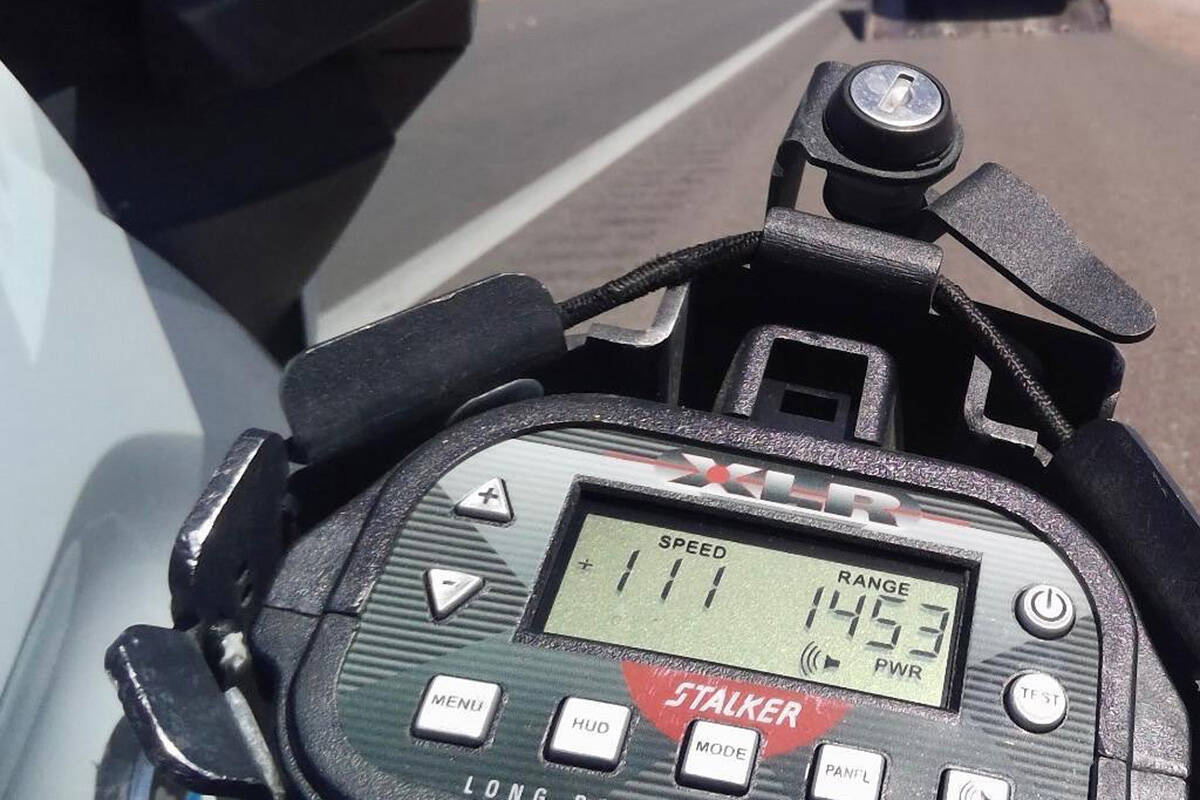 A Boulder City police photo shows the vehicle of a motorist being towed in the city Thursday, May 12, 2022. The motorist was clocked doing 111 mph in a 65 mph zone. (Boulder City Police Department)

Boulder City police said they arrested a motorist Thursday for driving nearly twice the speed limit in a 65 mph zone.

Police posted on their Facebook page about the traffic stop.

“Today a BCPD Motor Officer witnessed a vehicle passing several slower moving vehicles and clocked it 111 mph in a 65 mph zone,” police said. “He paced the vehicle at 124 mph before the driver pulled over.”