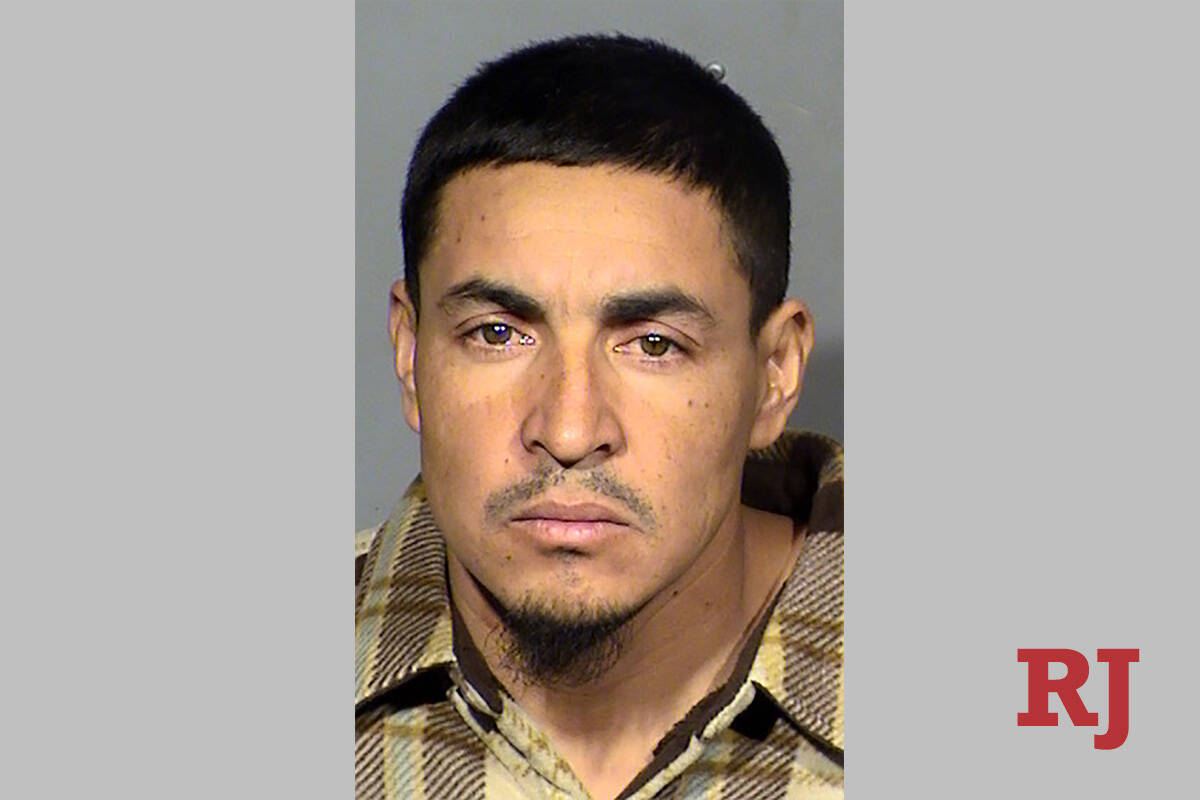 A taxi driver lost an eye after a father-and-son pair used their slingshots to shoot rocks at cars and buildings they passed while driving down the Las Vegas Strip, police said.

Enrique Duarte Hidalgo of North Las Vegas and his son, whose name and age were blacked out in a Metropolitan Police Department arrest report, shot the taxicab, two Mercedes-Benz Sprinter vans and the glass Coke bottle at the World of Coca-Cola store on the Strip over two nights in October and November, investigators said.

According to the arrest report, a taxi driver identified as Tilahun Teginge was turning his cab from the Strip onto Sirens Cove, just south of Treasure Island, at about 10:45 p.m. on Oct. 21 when a rock hit him in the face.

Clutching napkins over his left eye with blood dripping from the left side of his face, Teginge told responding Metro police officers that another car had pulled alongside his car, with someone throwing a rock through his open driver’s side window. Teginge was unable to describe the person or the car.

The two passengers in his cab told police they heard a thud, then saw their driver clutch his face, but they didn’t see anything hit the driver.

Teginge was taken to University Medical Center, where a doctor told police he had a ruptured left eye and would require emergency surgery. Teginge later told detectives that he had, in fact, lost the eye.

After two Mercedes-Benz Sprinter vans driven by limo drivers on the Strip were shot at on Nov. 5, and a windowpane at the World of Coca-Cola store at the Showcase Mall just north of Tropicana Avenue also was shot out that same day, officers watched footage from surveillance cameras.

One officer noticed the presence of a suspicious vehicle, a tan 2004 Chevrolet Aero with two males in it, each time one of the rock shootings happened. This included the Oct. 21 taxicab shooting.

From the license plate, investigators were led to Duarte Hidalgo.

Interviewed by detectives, Duarte Hidalgo “clarified that he used a slingshot to shoot the rocks at various businesses and vehicles.”

His teenage son told police he “shot the rocks because he has been dealing with emotional stress due to the separation of his parents,” the arrest report said.

The report also said the son “admitted to shooting the Coca-Cola bottle at the mall and at least three vehicles.”

When Duarte Hidalgo was asked why he allowed his son to shoot the slingshot from the car, “he didn’t have anything to say,” police wrote.

After both father and son were taken into custody on Nov. 16, the son told detectives that he and his father often would drive down the Strip while occasionally bringing their slingshots. He said they would both shoot rocks from their slingshots at cars and buildings.

Asked if his father had asked him to lie to police about the incidents, the son initially said no, then yes, according to police.

Duarte Hidalgo was arrested on multiple charges, including battery with a deadly weapon resulting in substantial bodily harm and child abuse.

It wasn’t clear if the son was charged.