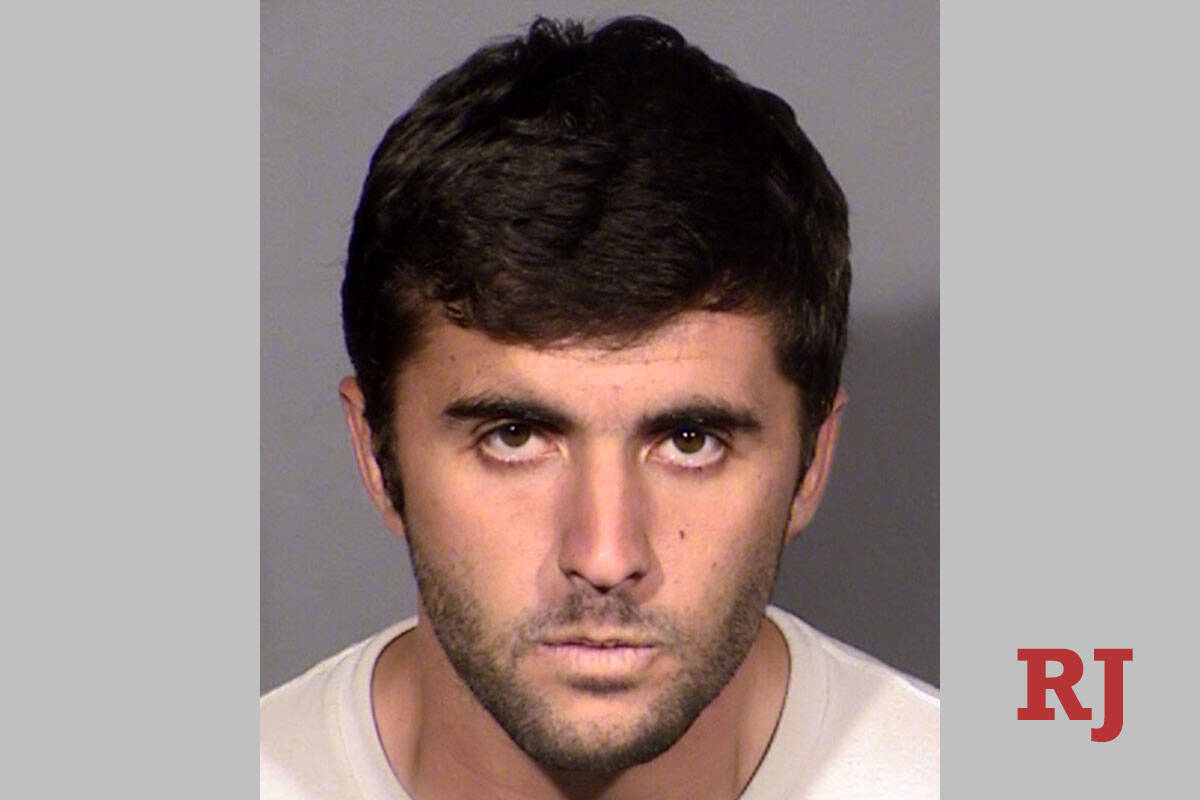 A California man was arrested Saturday on suspicion of making threats toward employees at a western Las Vegas Valley bank, according to a Metropolitan Police Department arrest report.

Ashton Aspley, 24, of Palm Springs, is accused of two counts of making threats/false information regarding an act of terrorism using a weapon of mass destruction.

Employees at Chase Bank, 6920 Arroyo Crossing Parkway, had called police Friday to remove Aspley from the premises after they said he made threats toward tellers and accused them of stealing his money, at one point stating, “See you in death,” the arrest report said.

A banker later did a social media search for Aspley and saw Instagram photos of him holding a gun with the caption, “I’m not joking.”

Aspley then made threats later Friday at a Chase located on 5720 S. Fort Apache Road, in the ATM area, stating, “I’m a man of God” and “You think the October 1 massacre was bad, wait until you see what I will do. I will blow this place up,” the report says. Police again removed Aspley from the bank.

On Saturday, according to the report, employees recognized Aspley’s vehicle driving through the parking lot of the Arroyo Crossing bank before he interacted with a security guard aggressively before driving away. About five minutes later, Aspley walked back holding a black plastic bag covering his hand and wrist. He then entered the bank and threatened people approaching not to enter.

After Aspley was taken into custody, police found his vehicle nearby at a gas station and recovered a “pneumatic gun” containing a “blank cartridge” on the front passenger seat.

Aspley told detectives that he was a filmmaker and writer and was traveling under the grid, the report said. He then stated that Chase stole $20,000 from him and that he needed to buy a ring for his girlfriend, who lives in Italy. He added that he carried the “prop gun” for protection from the cartel and admitted that he posed for the Instagram photos with the gun “because it was cool,” the report said.

Aspley’s case was bound over to Clark County District Court for a competency hearing, scheduled for Oct. 21. He remains in the Clark County Detention Center on a $25,000 bond.