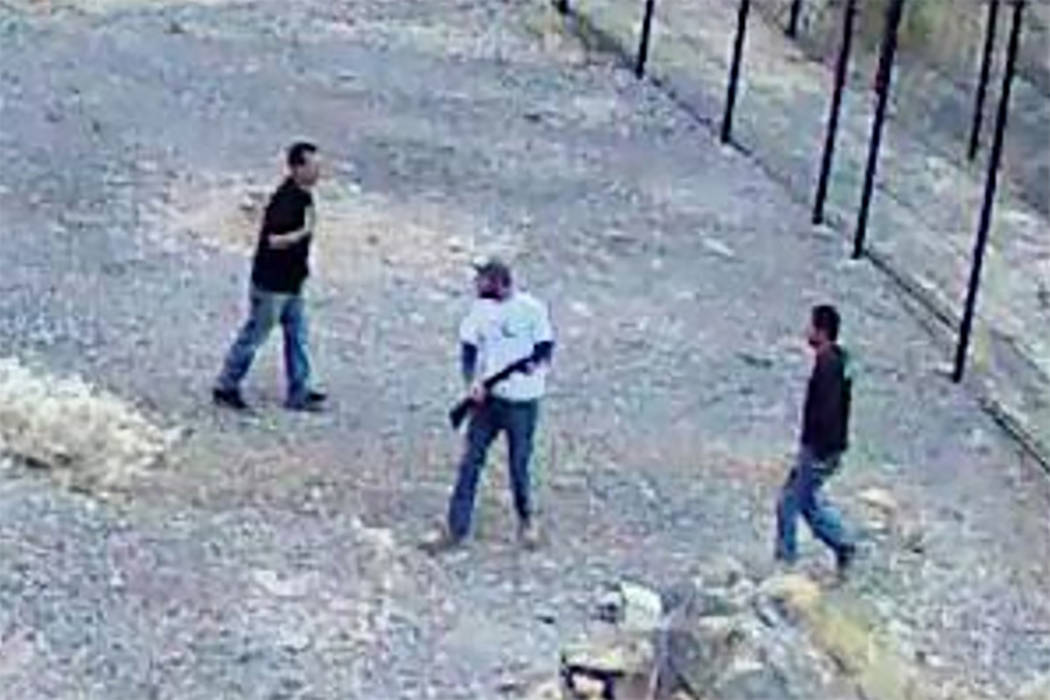 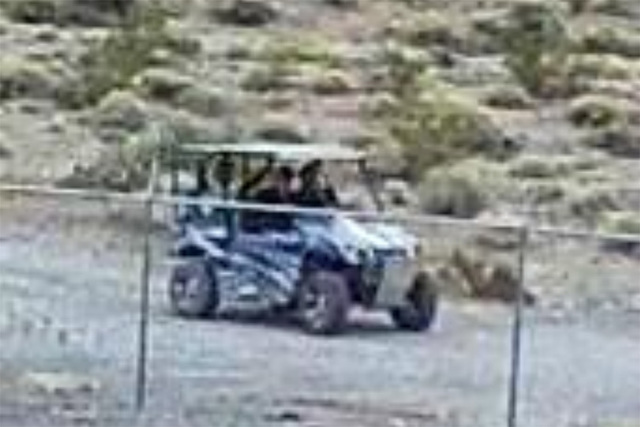 A security camera at Devils Hole took this image of three men in an off-road vehicle who are beileved to have damaged the endangered fish habitat 90 miles west of Las Vegas on April 30. (National Park Service)

Two men have pleaded guilty to federal charges stemming from a 2016 break-in at Devils Hole, a protected spring pool in Nye County that is home to a critically endangered fish.

Edgar Reyes of North Las Vegas and Steven Schwinkendorf of Pahrump pleaded guilty to destruction of government property for their actions at Devils Hole on April 30, 2016, the National Park Service said Friday.

The men fired a gun and damaged government equipment, including locks, the security system, scientific monitoring equipment and several signs at the water-filled cavern about 90 miles west of Las Vegas.

As part of their plea, they agreed to pay $5,622.83 in restitution and face a maximum penalty of up to one year in prison and a fine of $100,000. Reyes and Schwinkendorf are scheduled for sentencing next month.

A third man, Trenton Sargent of Indian Springs, faces charges of destruction of government property, violating the Endangered Species Act and illegal possession of a firearm and ammunition by a felon.

After the men broke into the fenced cavern, authorities said, Sargent waded into the water and onto a shallow rocky shelf where the endangered Devils Hole pupfish feeds, mates and lays its eggs.

Investigators said the men were caught with the help of tips from the public.

The Devils Hole pupfish has been under federal protection since 1967. Only about 100 are left in the wild, and the only place they live is in Devils Hole.