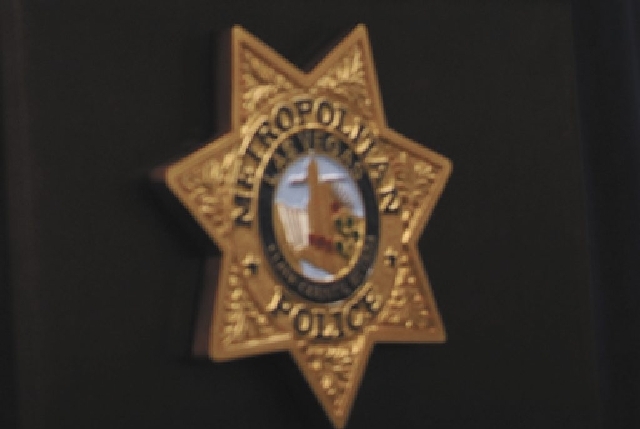 In a 21-page ruling last week, the 9th U.S. Circuit Court of Appeals denied an appeal by officers Greg Theobald, Steven Radmanovich and Gary Clark who claimed they had “qualified immunity,” which shields government officials from civil liability if their conduct does not violate constitutional rights that a reasonable person would have known.

The appellate court held “a reasonable officer would have known it violated clearly established law to use a chokehold on a non-resisting arrestee who had surrendered, pepper-spray him and apply such knee pressure on his neck and back that it would cause the collapse of five vertebrae in his cervical spine.”

The court also said the officers were not entitled to immunity because a 2011 jury verdict was supported by “substantial evidence.”

The officers went to Barnard’s Henderson apartment on Dec. 8, 2001, in search of his brother.

Barnard opened the door and came out with his hands raised, but Theobald tripped over a potted plant while trying to handcuff him.

During the scrum that ensued, Clark put Barnard in a chokehold as he was lying on top of Theobald. Clark began to lift Barnard by his neck off of his fellow officer, however, Theobald was still holding the handcuff.

Once Theobald released the handcuff, the officers pepper sprayed Barnard, continued the chokehold and held him down on the ground with a knee to his neck.

Barnard has had nine spinal surgeries, court documents show. He told the jury at the 2011 trial that the pain “kills me. It’s constant.”

Barnard was charged with resisting arrest and jailed, but never convicted.

He sued the officers and the Police Department in 2003 for civil rights violations.

Then federal judge Brian Sandoval ruled in favor of the department and the officers and tossed the case.

But Barnard won an appeal and the right to take the three officers to trial.

After a week-long trial, the jury awarded Barnard $2.1 million. The award was later reduced to $1.6 million by a judge, who lowered the attorney fees in the case.

As part of their July 1 decision, the appellate court ordered the reduction of attorney fees to be re-evaluated by a lower court judge and overturned a ruling that denied Barnard pre- and post-judgement interest.

Barnard’s lawyer Paola Armeni said, “Justice has prevailed in this case. Citizens must be confident in the protection of their rights and not have to be scared to open the door to a police officer.”

Lawyers representing the officers could not be reached for comment late Monday.

At least one of the officers, Clark, no longer works for the department.