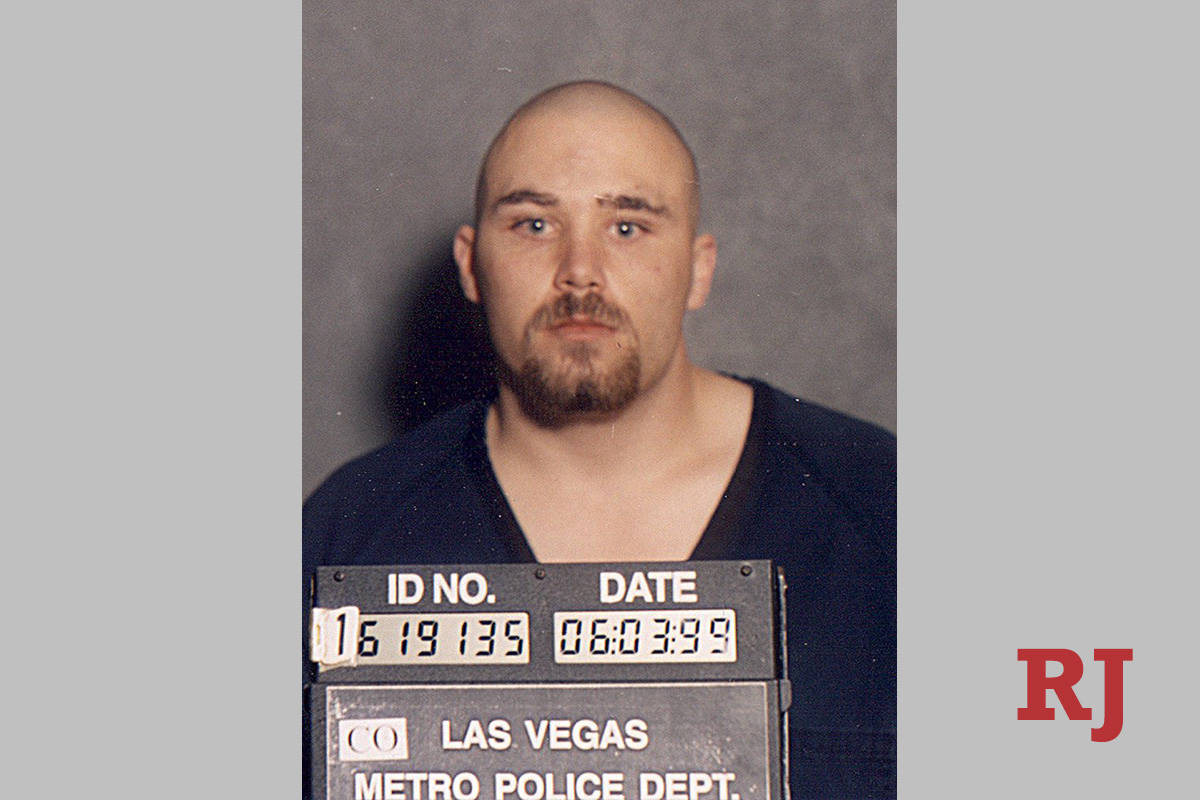 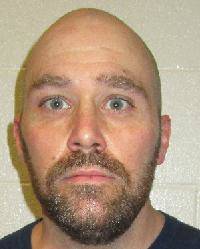 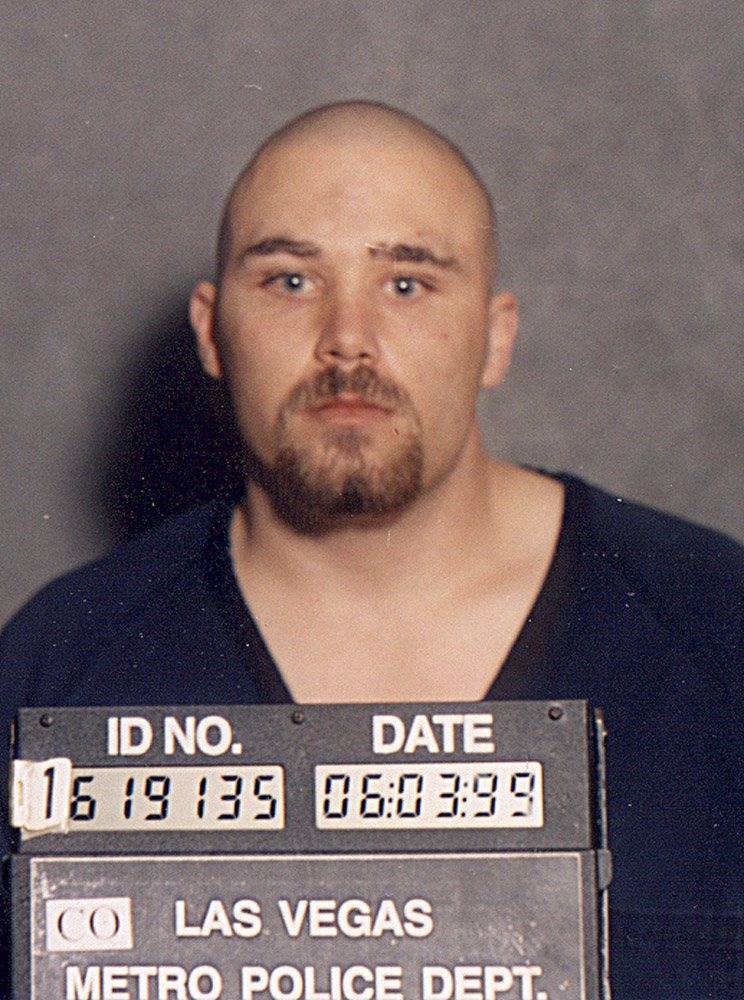 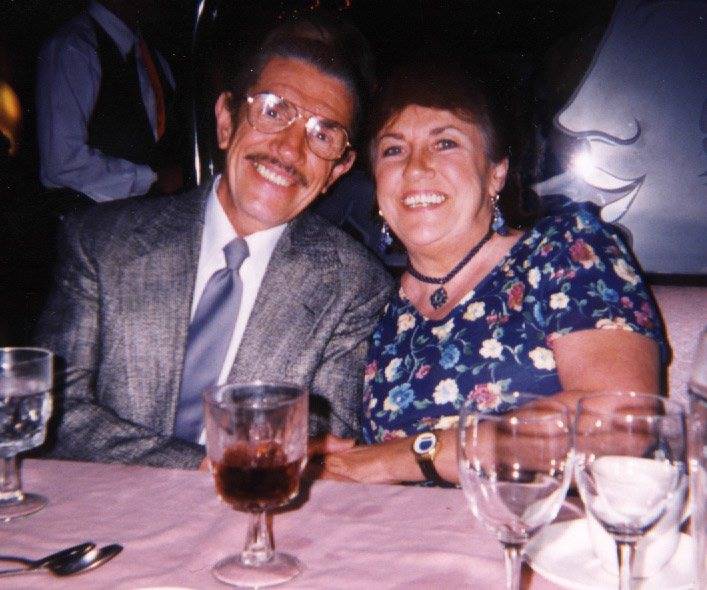 Joe and Luci Tarantino, victims of the 1999 Albertsons shooting, pictured together in 1998. (Review-Journal file) 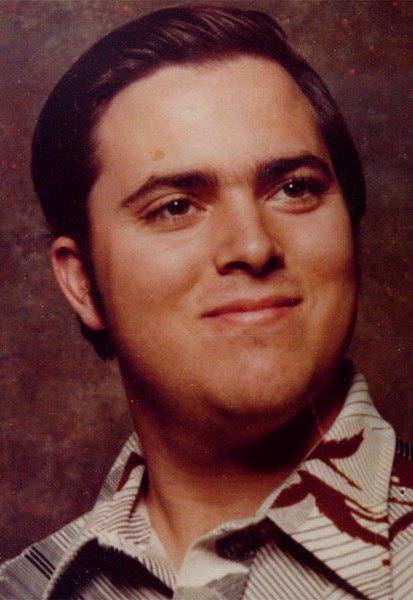 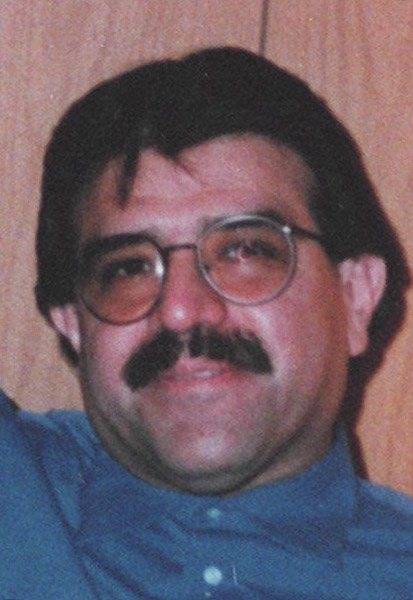 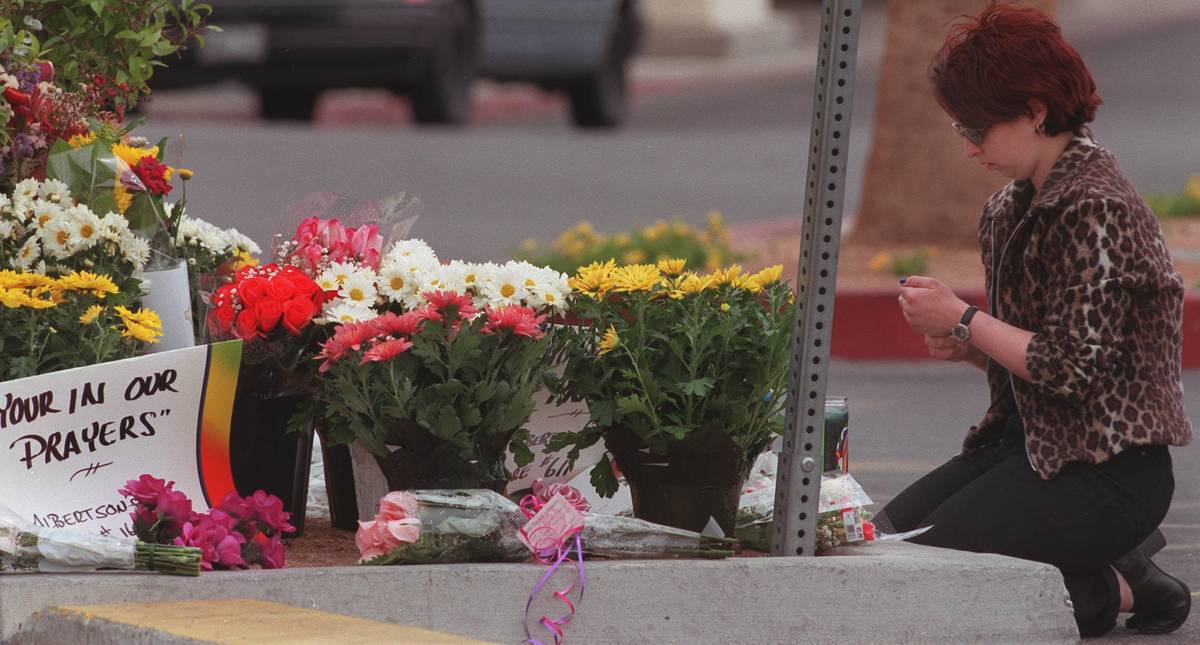 An unidentified Albertson's employee lights a candle Friday June 4,1999 at a makeshift memorial in the parking lot of the store at Sahara and Valley View. (Review-Journal file) 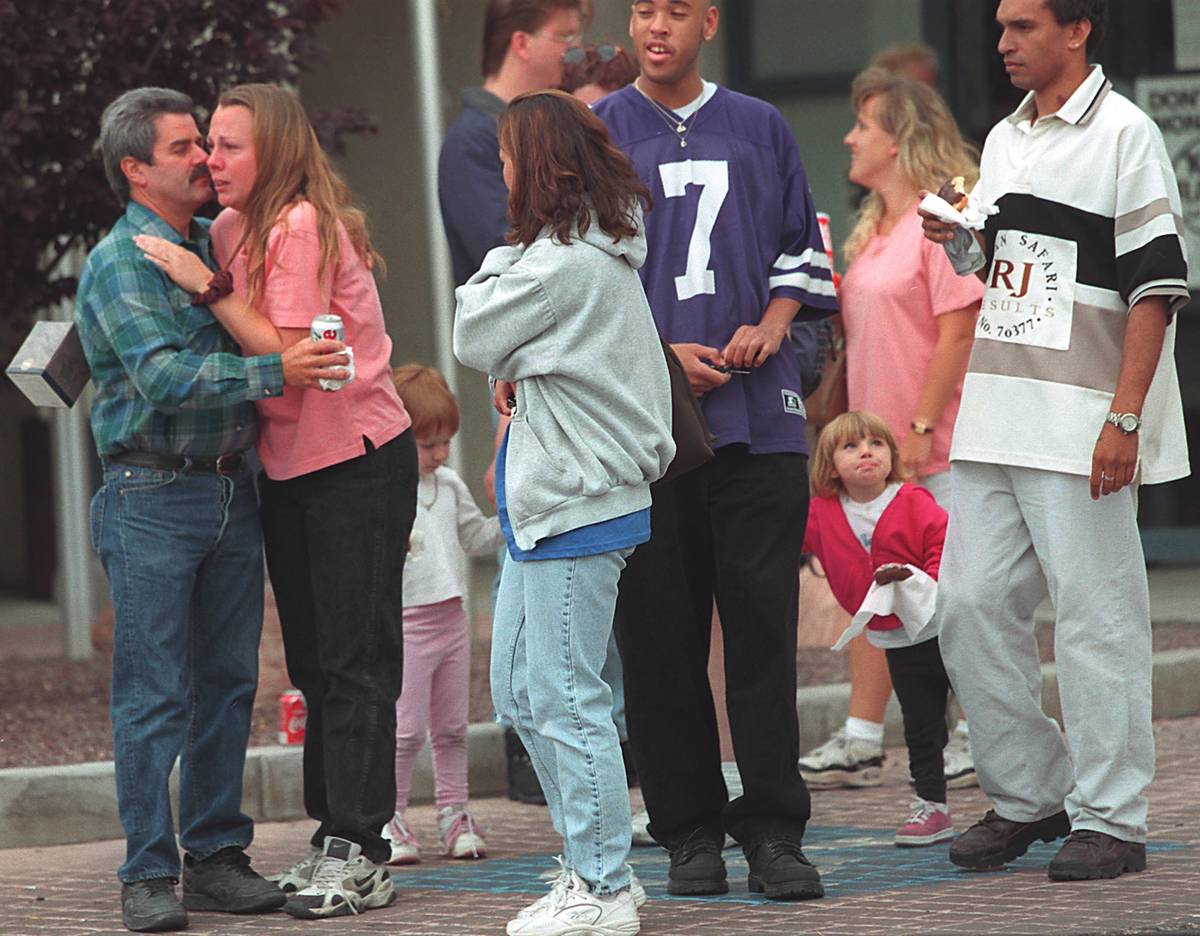 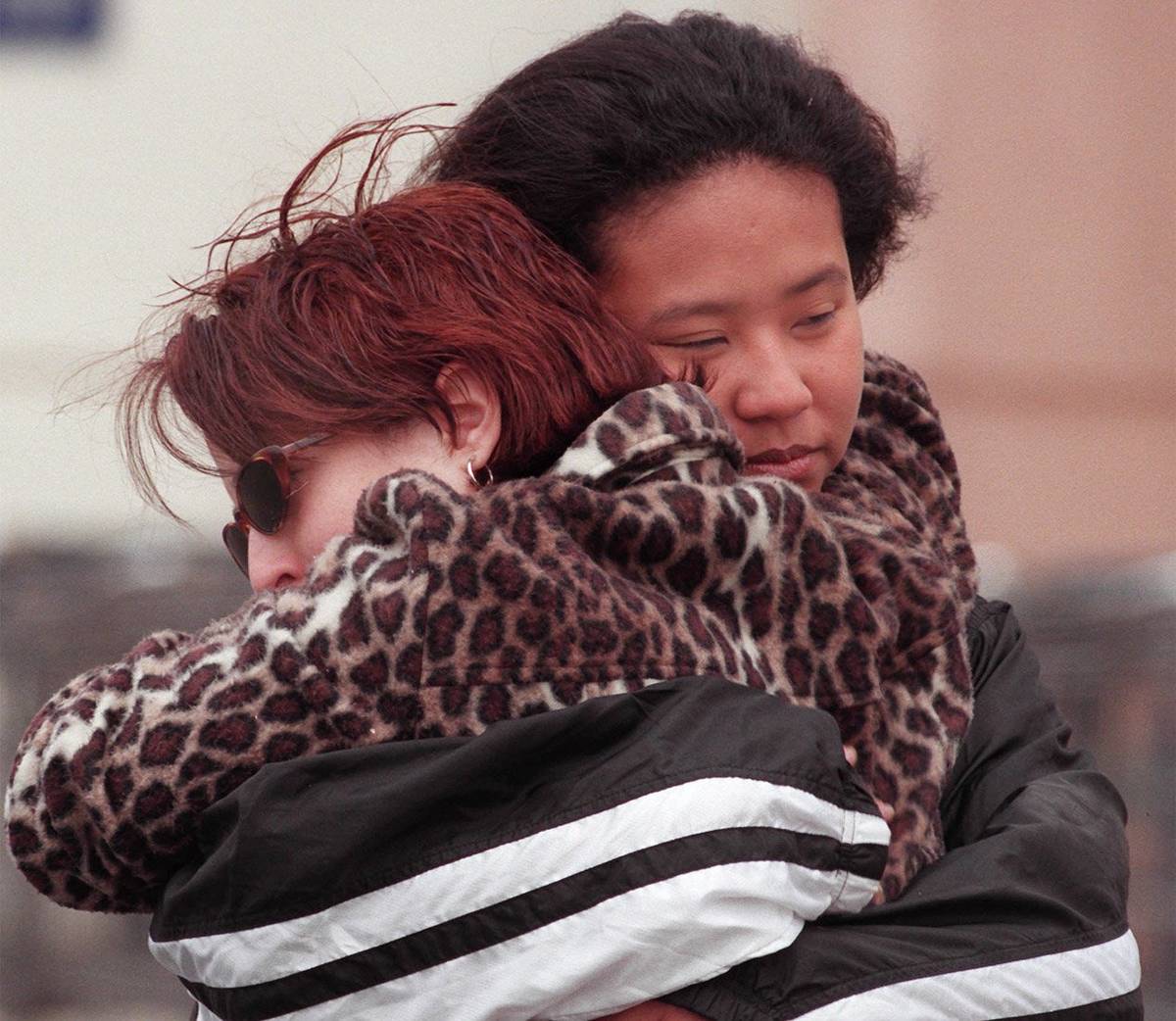 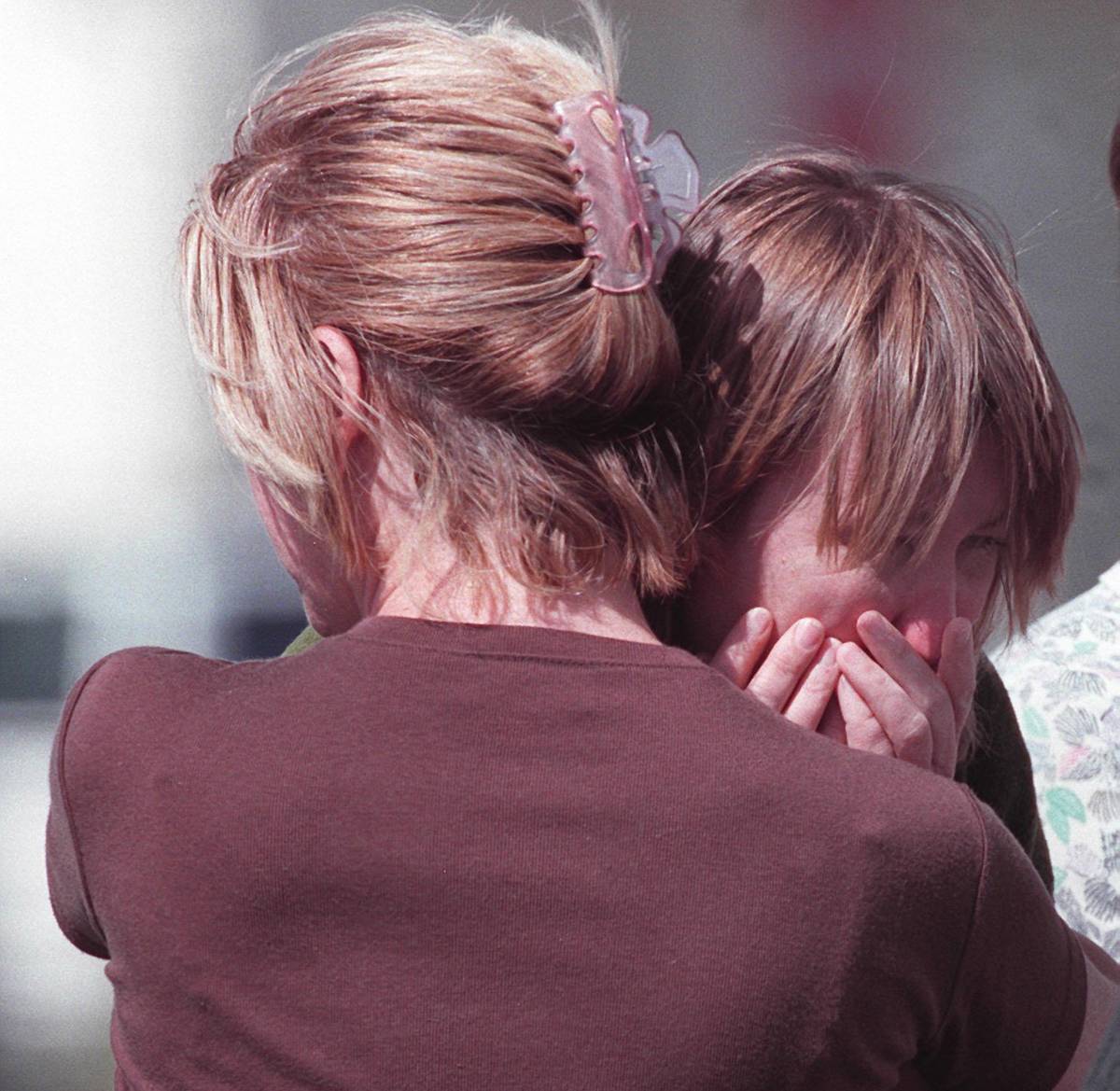 A crisis intervention specialist (back to camera) hugs an Albertsons employee in the parking lot of the store on June 3, 1999, following the shooting inside that left four persons dead. June 3, 1999. (Review-Journal file) 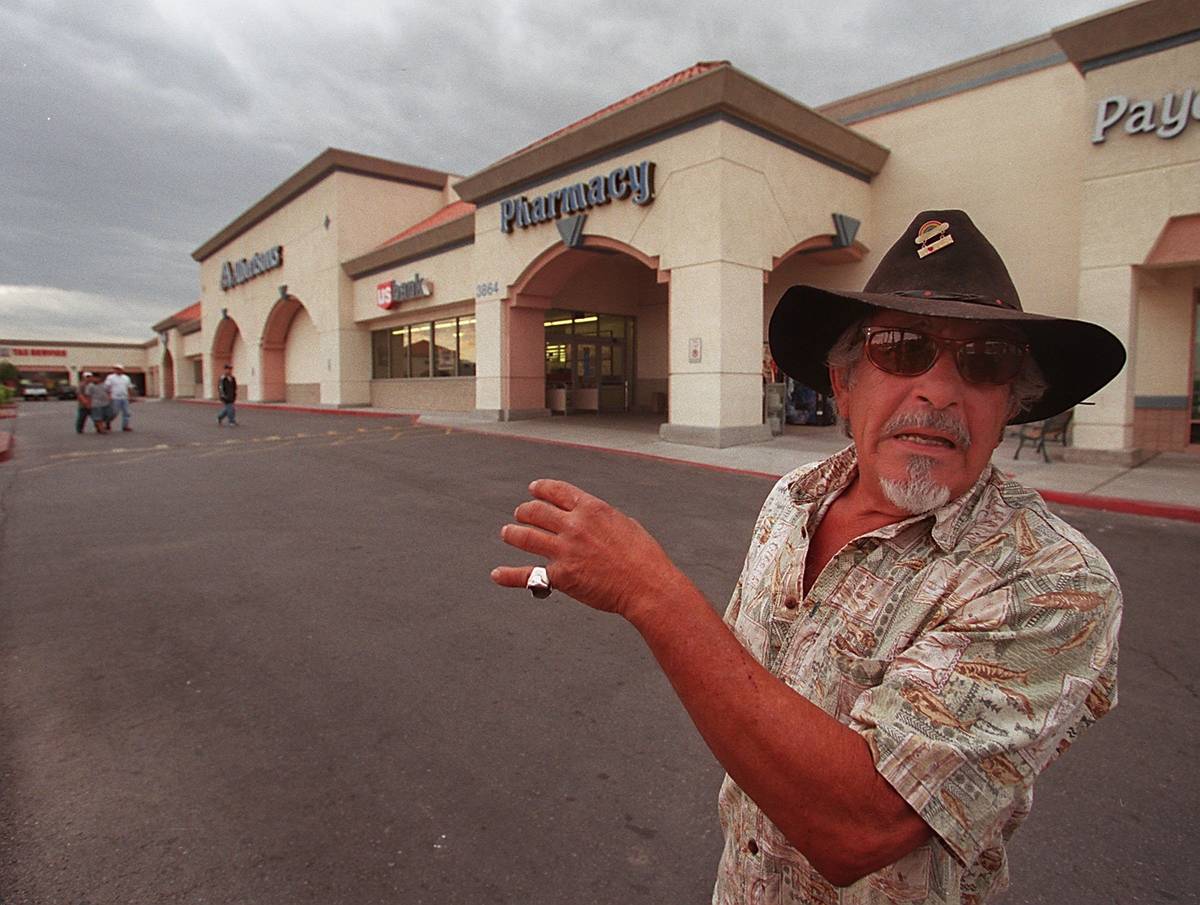 Albertsons customer Jerry Pena talks about returning to the store to shop after the shooting on June 4, 1999, in Las Vegas. (Review-Journal file)

District Attorney Steve Wolfson said deputies from his appellate division could ask a judge to sign the paperwork in the coming weeks.

Floyd, now 45, was convicted of killing four people and wounding another inside a Las Vegas Albertsons nearly 22 years ago. His killings, which occurred less than two months after the Columbine High School massacre, were eerily similar to those carried out at a supermarket in Boulder, Colorado, on Monday, when 10 people were killed by a gunman.

“We believe that Mr. Floyd should be executed,” Wolfson said.

Floyd’s federal appeals exhausted on Nov. 2 after the U.S. Supreme Court denied his request for a review of a 9th U.S. Circuit Court of Appeals decision that upheld his conviction and sentence.

Under Nevada law, the Department of Corrections must carry out Floyd’s lethal injection no fewer than 60 days and no more than 90 days after a judge signs a death warrant.

But a bill introduced in the state Assembly this week would eliminate the death penalty and commute the sentences of 70 men to life without parole. That would make Nevada the 24th state to abolish the death penalty. Should prosecutors obtain the judge’s signature around April 1, Floyd’s execution could take place as lawmakers wrap up their 2021 session, barring any further legal hurdles.

Prison officials did not respond to emails or phone messages for this story.

Wolfson called his pursuit of an imminent execution during the legislative session “coincidental,” saying his office took steps before two abolishment bills dropped in Carson City.

“I think the timing is good,” Wolfson said. “Our legislative leaders should recognize that there are some people who commit such heinous acts, whether it be the particular type of murder or the number of people killed, that this community has long felt should receive the death penalty.”

He added: “We would be moving forward with the Zane Floyd efforts at obtaining the order and warrant of execution notwithstanding the Legislature. … I’m not purposefully moving forward with Floyd because of the Legislature. But because they’re occurring at the same time, I want our lawmakers to have their eyes wide open because this is a landmark case. They need to be aware that there are these kinds of people out there where the jury has spoken loudly and clearly.”

Before dawn on June 3, 1999, a 23-year-old Floyd walked into an Albertsons on West Sahara Avenue, dressed in military fatigues and armed with a 12-gauge shotgun hidden under a robe, and shot everyone he encountered.

Jurors convicted Floyd about a year later, also finding him guilty of repeatedly raping a woman in a guesthouse at his parent’s home before the massacre.

Floyd’s execution would be the first carried out in Nevada since 2006, though several men were sent to death row years before him.

A January poll cited by the Death Penalty Information Center found that Nevadans favored replacing the death penalty with a sentence of life without parole by a margin of 49 percent to 46 percent.

Gov. Steve Sisolak has said that he opposes the death penalty, except in extreme cases, but recently has declined to take questions regarding his position on capital punishment.

Public Defender Scott Coffee, a board member on the Nevada Coalition Against the Death Penalty, expected Floyd’s death warrant to have little effect on how lawmakers decide, adding that an execution could be further delayed by litigation at the state level.

“These things are always politicized to some extent,” Coffee said. “The death penalty is the harbinger of social injustice at the highest level. In some ways, it’s the height of politics, and that’s problematic.”

Meanwhile, he urged the state’s legislators to “do the right thing, which is to get rid of the death penalty.”

Last year, Wolfson’s office filed a notice of intent to seek the death penalty in two cases. This year, the office has announced plans to seek capital punishment in at least three cases.

More than 62 defendants in Clark County are awaiting trial in cases where prosecutors want the ultimate punishment.

In Floyd’s case, courts have denied his argument that he received ineffective assistance of counsel or that trial prosecutors swayed the jury’s verdict by calling his crime “the worst massacre in the history of Las Vegas.”

Two of the drugs proposed for that killing have since expired, and the state’s supply of a third drug, fentanyl, is expected to expire in June.

Dozier hanged himself in an Ely State Prison cell in 2019 as his case lingered in the court system.

All but one of the 12 inmates executed in Nevada since capital punishment was reinstated in 1977 had voluntarily given up their appeals.

Former Federal Public Defender Franny Forsman, who represented Floyd for a portion of his decadeslong appeals, pointed out that he would be among those to have his sentence commuted under one of the bills in the Legislature.

“Moving forward on it now just seems like this is the wrong time,” she said. “Let people think about this. Let the legislators think about this. (Prosecutors) are trying to put this case front and center with the Legislature. Doing that with someone’s life is inappropriate.”