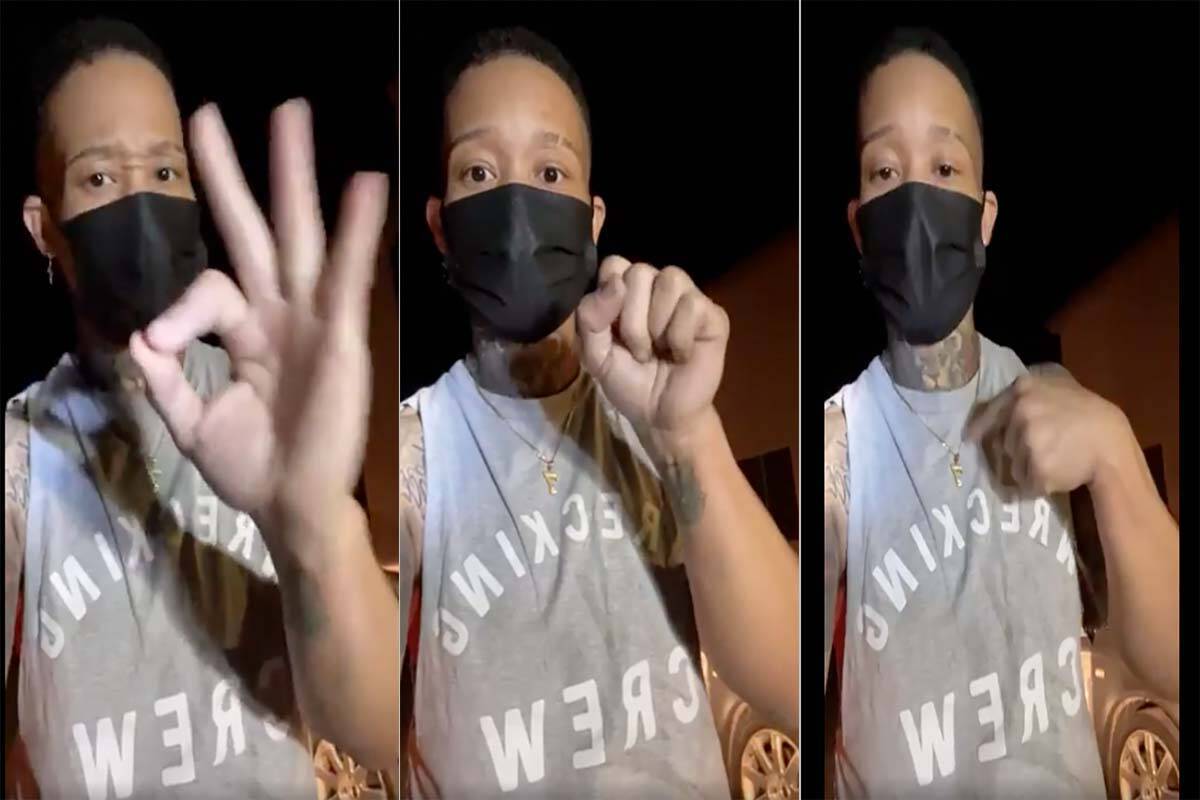 A deaf woman whose children were used as sign language interpreters by police when she was detained in April filed a federal lawsuit against the North Las Vegas Police Department this week.

Andrea “Dre” Hollingsworth was with her 11-year-old twin daughters on April 7 when she was approached by officer Michael Rose, who was investigating a reported case of harassment, according to the lawsuit. While attempting to talk with Hollingsworth, Rose never removed a neck gaiter covering his mouth, told Hollingsworth’s crying daughters to relay his orders and eventually handcuffed the woman when she didn’t comply with demands she couldn’t understand.

“What should have been a simple investigation into a call to the police — one that did not actually pertain to a crime — resulted in the humiliation and degradation of Andrea Hollingsworth,” the woman’s attorneys wrote in the complaint.

Hollingsworth is being represented by Las Vegas attorney Maggie McLetchie and attorneys with the National Association of the Deaf. McLetchie represents the Review-Journal in public records and media law cases.

“My daughters and I went through a horrible experience at the hands of the North Las Vegas police, especially when they refused to show their lips, tried to force my traumatized young daughters to interpret, and forcefully pulled me out of my car to cuff me,” Hollingsworth said in a statement released by the association.

Hollingsworth’s attorneys wrote that officers used excessive force when detaining her and violated her rights under the Americans with Disabilities Act. The suit also claimed that officers mocked her use of American Sign Language and “expressed hostility towards her for being deaf.”

Hollingsworth recorded her interaction with police in a livestream posted to Facebook. Video released by North Las Vegas police in May showed officers asking the woman’s daughters to interpret for her at least a dozen times.

“Ms. Hollingsworth’s daughters were untrained as interpreters, and could not interpret between (American Sign Language) and English effectively, especially during a traumatic situation,” the association said in a statement this week. “Officer Rose’s insistence on using them to interpret caused the situation to escalate unnecessarily.”

North Las Vegas police spokesman Alexander Cuevas on Thursday declined to comment on the lawsuit because of the pending litigation.

According to the complaint, Hollingsworth was sitting in her car and waiting for a friend to return $200. The friend instead reported that Hollingsworth was harassing her and contacted police through a video relay service used by people who are deaf or hard of hearing.

The dispatcher told officers the call came from a video relay service but did not ask if Hollingsworth was deaf, the suit said.

When Rose approached Hollingsworth’s car, she tried motioning for pen and paper to communicate with, which Rose did not give her. Rose eventually instructed one of her daughters to tell her mother that “he ‘will use force if she doesn’t get out and go in front of (his) car,’” the suit said.

The girl was “overcome with fear” and did not translate all of Rose’s commands, the suit said.

Rose then grabbed Hollingsworth’s arm and pulled her from the car. Rose had Hollingsworth sit on the curb, but she stood up multiple times while he was talking with her daughters because she did not know what was going on, the suit said. Rose yelled at her multiple times to sit down.

Eventually, Rose forced Hollingsworth to the ground and started trying to handcuff her, while her daughters were “watching and screaming in horror,” the suit said. Another officer, identified in the complaint as Eric Spannbauer, arrived and helped handcuff Hollingsworth.

While she was being handcuffed, one of the officers placed a knee on Hollingsworth’s back, which “exacerbated a prior back injury,” the complaint said.

When one of her daughters said her mother could not communicate with her hands behind her back, Spannbauer “responded that Ms. Hollingsworth didn’t need to communicate, even though he was asking her questions,” the suit said.

A different officer eventually removed Hollingsworth’s handcuffs and began communicating through pen and paper, the suit said. The officers released Hollingsworth without placing her under arrest.

“In Defendant Rose’s words, it was ‘all civil nonsense,’” the suit said.

It was unclear Thursday if Rose and Spannbauer are still employed by the department.

North Las Vegas police have sign language and oral interpreting services available 24 hours a day, Cuevas said in May. He did not say why an interpreter was not called for Hollingsworth. 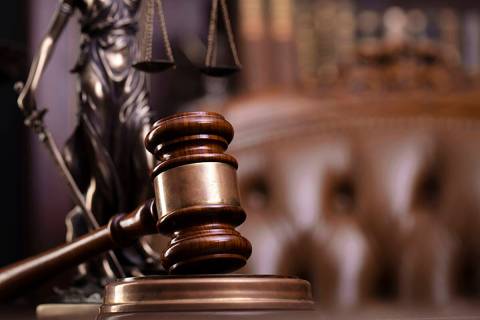 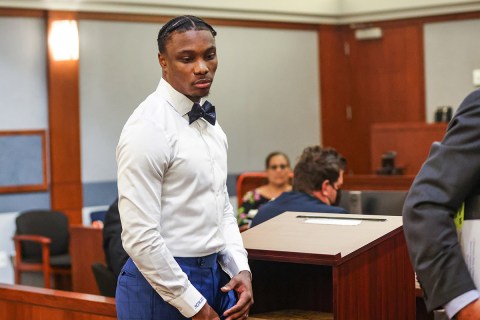