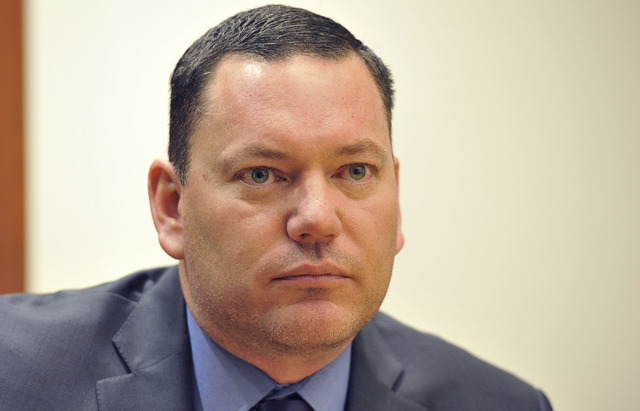 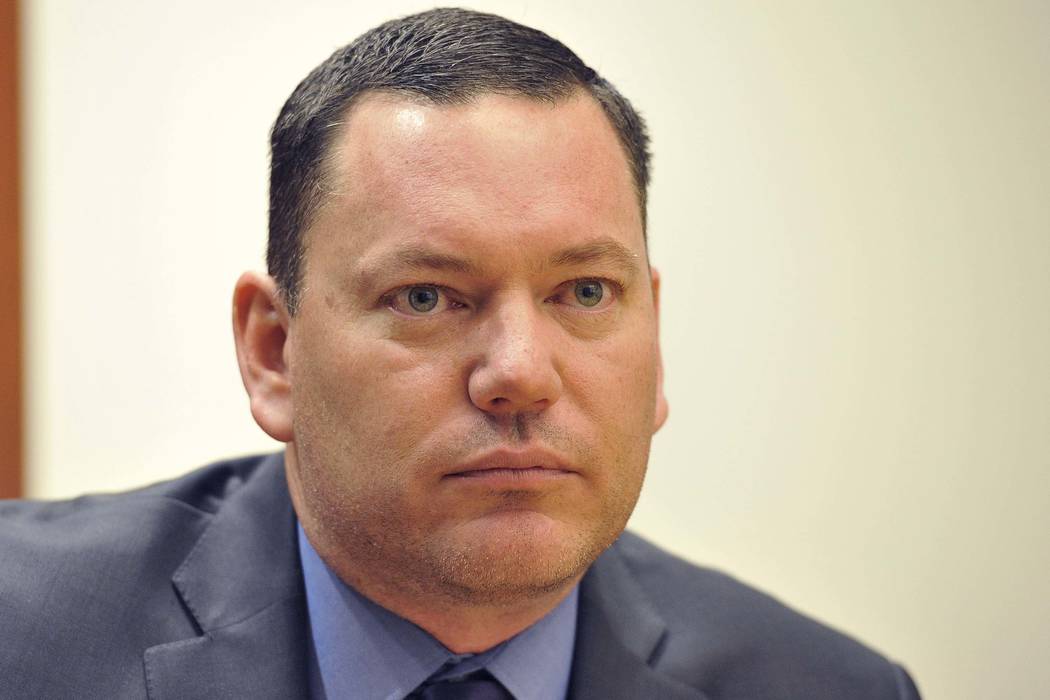 A Family Court judge who ordered a lawyer handcuffed in court, commented on cases during his re-election bid and lashed out during his own disciplinary hearing has been suspended for two months without pay.

William Potter, on the bench in Clark County for more than 11 years, also must undergo a psychiatric examination, the Nevada Commission on Judicial Discipline decided this week.

The panel found that Potter’s behavior during a hearing earlier this month was similar to that which he exhibited in early 2015 as he ordered attorney Michancy Moonblossom Cramer handcuffed and threatened to handcuff another lawyer, Ernest Buche, in his courtroom.

“The most troubling aspect of the hearing occurred when (Potter’s) temper exploded during the commission hearing itself, thus allowing the commission to witness first-hand the very same behavior that the judge exhibited during the Cramer incident,” panel Chairman Gary Vause wrote in the 15-page decision. “Such a visceral and emotional display of rage on the part of respondent towards the prosecuting officer … caused the commission to seriously question (Potter’s) mental stability and capacity to control his anger.”

Neither Potter nor his attorney, Bill Terry, could be reached for comment Friday.

In January 2015, Potter raised his voice while demanding yes-or-no answers from Cramer during what was described as a “heated” proceeding, according to charges from the commission. After the attorney failed to respond with “yes” or “no,” Potter ordered her handcuffed and found her in contempt of court.

During the commission hearing this month, Potter “blamed Cramer for putting her wrists into the handcuffs, even though respondent told his marshal to get the handcuffs out,” the decision stated.

Potter “felt that she deserved to be held in contempt and that she should be taught a lesson for disrespecting him,” according to the decision.

The judge expressed no remorse but admitted that he demonstrated a lack of patience, according to the decision, which stated that Cramer still has anxiety about Potter and no longer appears before him.

Potter watched video of the interaction and called his own demeanor “short, rude and abrasive,” though he denied that his actions violated judicial canons

“When I watch that video, I cringe,” he told the commission. “My behavior is unacceptable. I allowed my emotions to become too involved.”

The commission found that Potter’s “intemperate behavior on and off the bench demean the office he holds and the judiciary in general.”

As part of his punishment, Potter also must write letters of apology to Cramer and Buche within 60 days, perform 10 hours of community service with the Southern Nevada Anti-Bullying Council, and pay the group $5,000. His psychiatric examination must be completed within 90 days.

The commission also addressed Potter’s comments to a Las Vegas Review-Journal reporter about two other cases, including the personal divorce proceedings of attorney David Mann.

In October 2014, Potter called the reporter in response to an article about a child custody case he oversaw involving Mann, who had said he was convinced that Potter discriminated against his client because she is gay.

Potter told the newspaper that Mann “might have an ax to grind.” The judge said he handled Mann’s personal divorce earlier that year, and Mann did not show up for the trial.

The divorce case had been sealed pending appeal, according to the commission.

“The evidence clearly and convincingly supported that (Potter) put his desire to be re-elected ahead of the Judicial Canons when he commented to the press,” the commission found.

If the judge does not comply with the order, he could be permanently removed from the bench and forever barred from serving as a judicial officer.