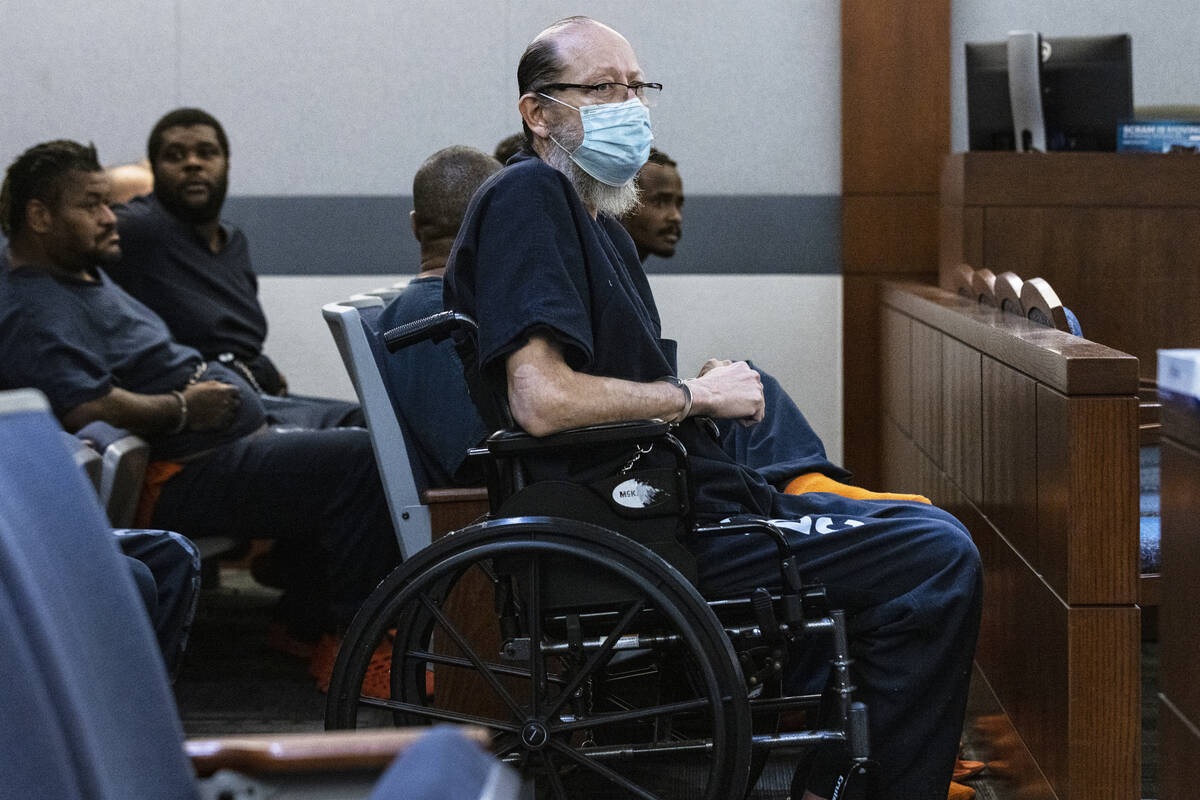 Reynaldo Crespin, a former pastor and elementary school teacher who pleaded guilty to an attempted lewdness charge, appears in court during his sentencing hearing at the Regional Justice Center on Monday, Aug. 15, 2022, in Las Vegas. (Bizuayehu Tesfaye/Las Vegas Review-Journal) @btesfaye 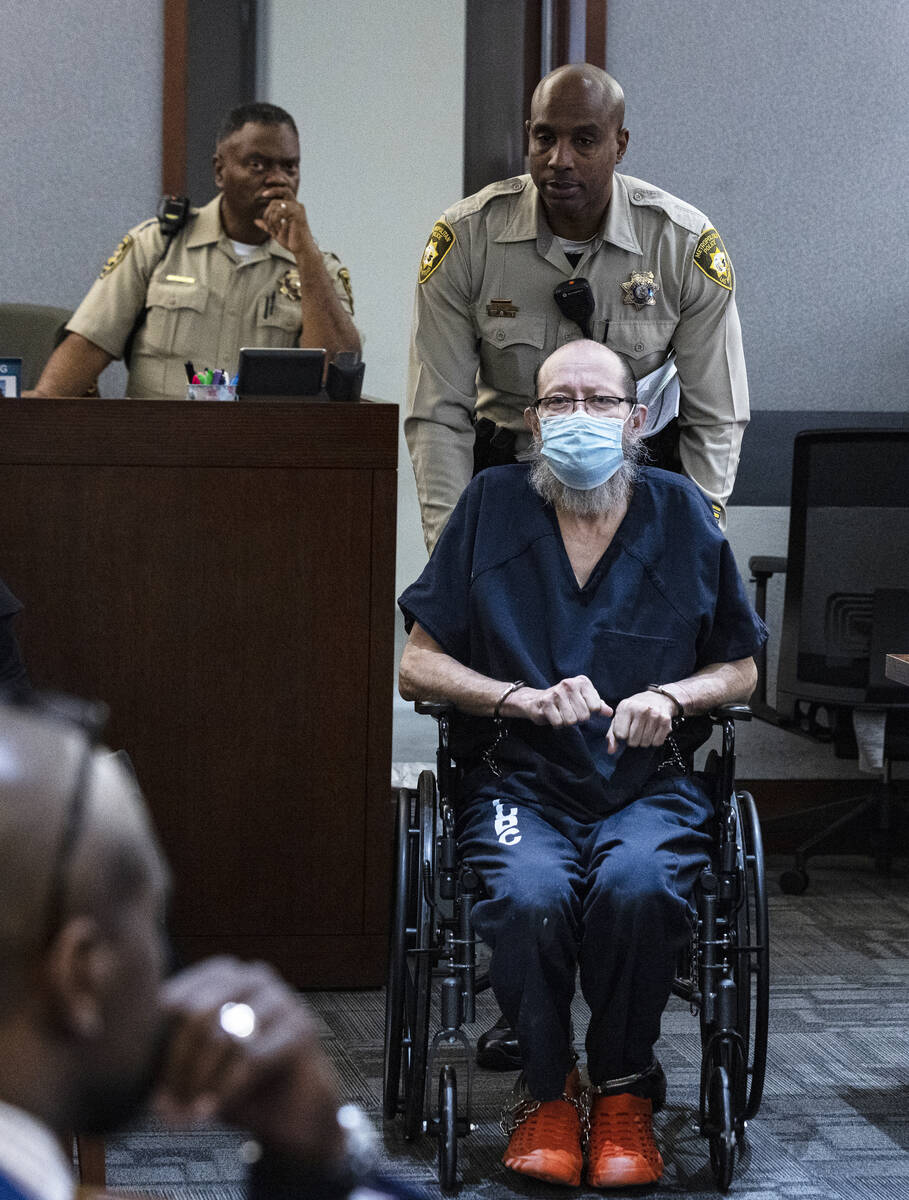 Reynaldo Crespin, a former pastor and elementary school teacher who pleaded guilty to an attempted lewdness charge, is brought into the courtroom for his sentencing hearing at the Regional Justice Center on Monday, Aug. 15, 2022, in Las Vegas. (Bizuayehu Tesfaye/Las Vegas Review-Journal) @btesfaye 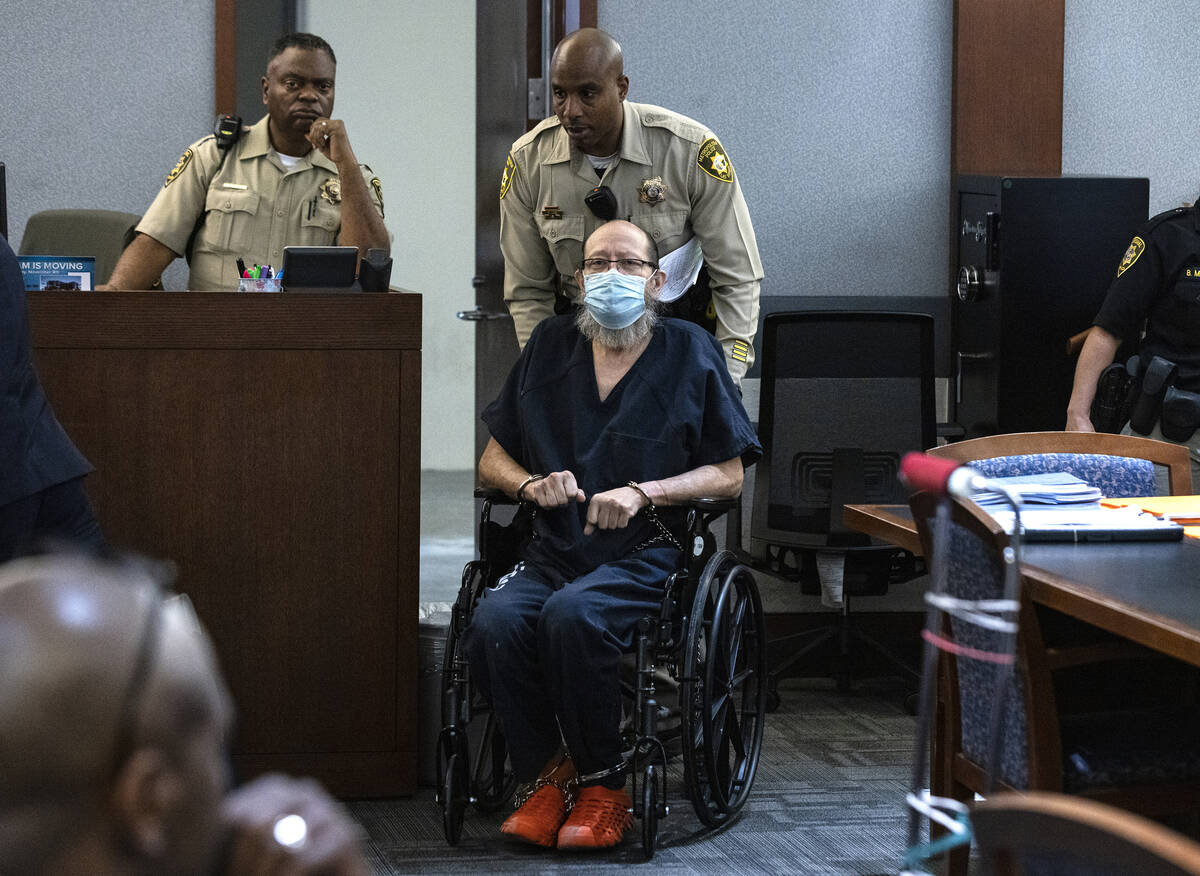 Reynaldo Crespin, a former pastor and elementary school teacher who pleaded guilty to an attempted lewdness charge, is brought into the courtroom for his sentencing hearing at the Regional Justice Center on Monday, Aug. 15, 2022, in Las Vegas. (Bizuayehu Tesfaye/Las Vegas Review-Journal) @btesfaye

A former pastor and Las Vegas elementary school teacher was sentenced to prison on Monday in a case involving allegations that he sexually abused a child for years.

Reynaldo Crespin, 59, pleaded guilty in May to attempted lewdness with a child under 14. He initially faced multiple lewdness and child sexual assault charges.

During a sentencing hearing on Monday, Chief Deputy District Attorney William Rowles said Crespin had carried out the “disturbing” abuse for at least four years.

“The abuse was calculated and planned out,” Rowles said.

District Judge Kathleen Delaney sentenced Crespin to between six and 15 years in prison. When released, Crespin also will be required to register as a sex offender, and will be subject to a lifetime of supervision.

He was arrested Feb. 19 in Albuquerque, New Mexico, after the Metropolitan Police Department put out a public alert noting that he was wanted for sex crimes. The Clark County School District has said it hired Crespin in 2016, and that he last worked at Hickey Elementary School.

Crespin and his wife also had founded the New Horizon Christian Church, at 2167 N. Walnut Road, in 2002, according to the church’s website.

In February, a woman told police that Crespin had physically and mentally abused her for years, with the latest assault occurring in December, police said.

Rowles has said that once Crespin knew the woman planned to disclose the abuse, Crespin resigned from the school district, cut up his family’s bank cards and disconnected their home’s security cameras and Wi-Fi before attempting to flee Nevada.

The victim addressed the judge during the sentencing hearing on Monday and asked for mercy for Crespin.

“I’ve forgiven him for what he’s done to me, but that doesn’t mean that I will forget,” she said through tears.

The Las Vegas Review-Journal typically does not identify victims of sexual assault.

Crespin apologized on Monday and said he committed the abuse because of difficulties that he was experiencing at home.

Defense attorney Kevin Speed argued that Crespin was a candidate for probation because a psycho-sexual evaluation had determined that he was unlikely to re-offend, and because he had taken responsibility for the crimes.

“I know how egregious and how terrible the facts are, but I do believe that he is a person who can change, who can be rehabilitated, and deserves that second chance and mercy from this court,” Speed said.

Delaney said that while the victim had indicated that she forgave Crespin, the judge did not believe probation was appropriate. She said there was evidence of “calculated grooming” in the case, and that Crespin could be capable of “similar actions in the future.”

The judge said she had been considering the maximum sentence of eight to 20 years in prison before Monday’s hearing.

“If there was a case that warranted punishment, I believe this is that case,” Delaney said.