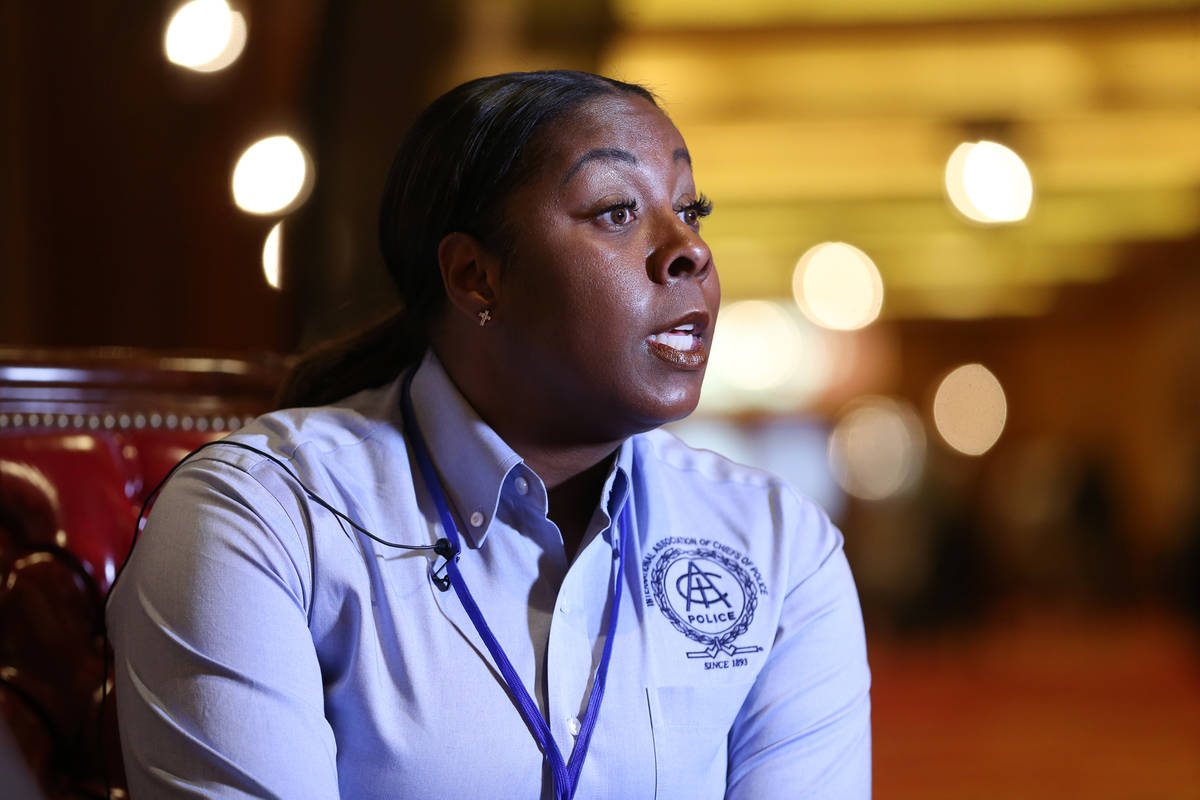 The city of Henderson has filed a response to a complaint filed with the Nevada Equal Rights Commission by its former police chief LaTesha Watson. (Erik Verduzco/Las Vegas Review-Journal) @Erik_Verduzco

Ex-Henderson Police Chief LaTesha Watson filed a lawsuit against her former employer in federal court this week, alleging she faced discrimination because she is a Black woman.

Watson claims, among other things, that she faced racial and gender discrimination, a hostile work environment, conspiracy and defamation. Many of the specific claims in the lawsuit appeared in a complaint she filed with the Nevada Equal Rights Commission last year.

She asserts in the lawsuit that she faced resistance as she tried to change the culture of the department, and that a former union president encouraged members to file false complaints against her. She claims unfounded complaints were unfairly used against her.

Watson alleges reporting in the media resulted in extensive damage to her reputation and employment potential. She applied to more than two dozen jobs after leaving Henderson, but was not hired.

In a statement, Henderson spokeswoman Kathleen Richards said Watson’s “unsubstantiated claims of racism and discrimination” came only after the city fired her in 2019.

“The City has extensive documentation, including investigations by an impartial third-party, that overwhelmingly establish that Ms. Watson’s job performance was unsatisfactory and she was not qualified to lead the Henderson Police Department,” Richards wrote. “Ms. Watson made poor and ineffective leadership decisions and created distrust and division within the organization.”

Henderson gave a more thorough rebuke of Watson in a response to the discrimination complaint the ex-chief filed last year. The city referred to her leadership style as “dictator-like” and asserted Watson herself was responsible for her downfall because of her unwillingness to improve.

Watson’s tenure as Henderson’s police chief was marked by a strained relationship with two police unions.

Two days before she was placed on administrative leave in March 2019, an investigator recommended city officials seriously consider firing her after completing investigations into her conduct.

The ex-chief opted not to sign a separation agreement that would have allowed her to resign, and in April, the city fired her.

In a letter explaining her firing, her supervisor, Ellington, who is Black, said she showed a lack of respect for union-represented officers, created distrust between management and labor groups, and was uncooperative with an independent investigator in part by refusing to provide evidence of her allegations that someone called her a racist, sexist slur.

Neither Watson nor her attorney responded to a request for comment on the lawsuit.

Watson was hired this year to serve in a public safety oversight role in Sacramento, California.