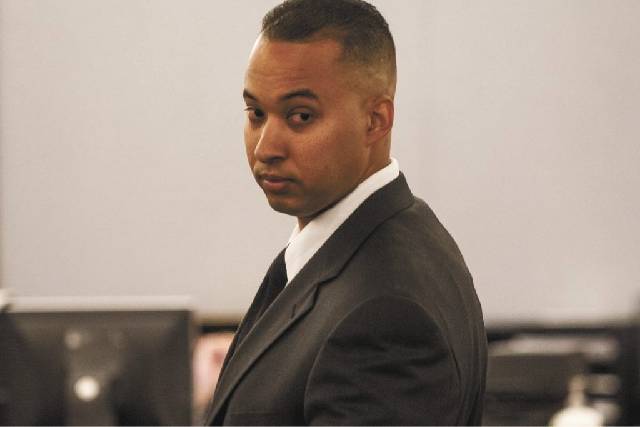 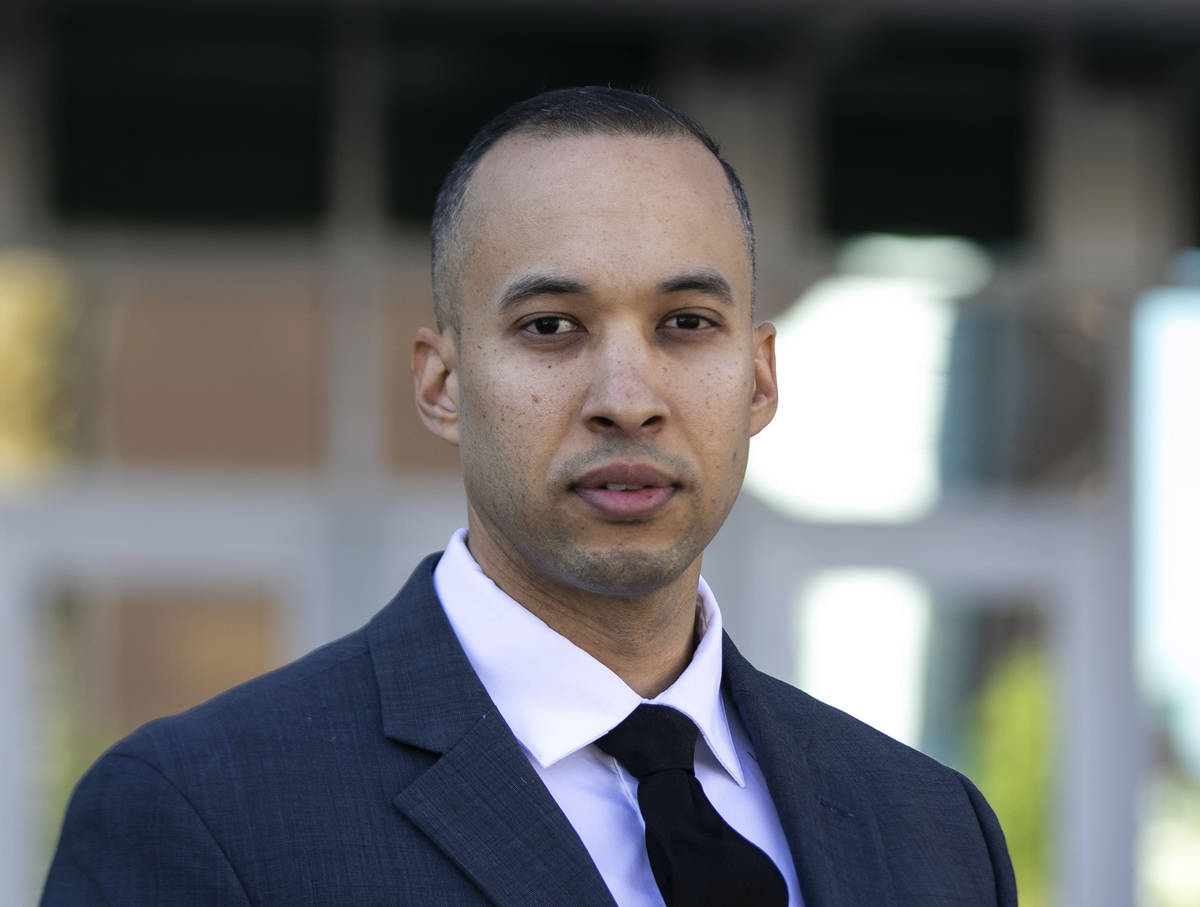 Solomon Coleman, a former officer who is suing the department, poses for a photo outside Metropolitan Police Department headquarters on Monday, Oct. 26, 2020, in Las Vegas. (Bizuayehu Tesfaye/Las Vegas Review-Journal) @bizutesfaye 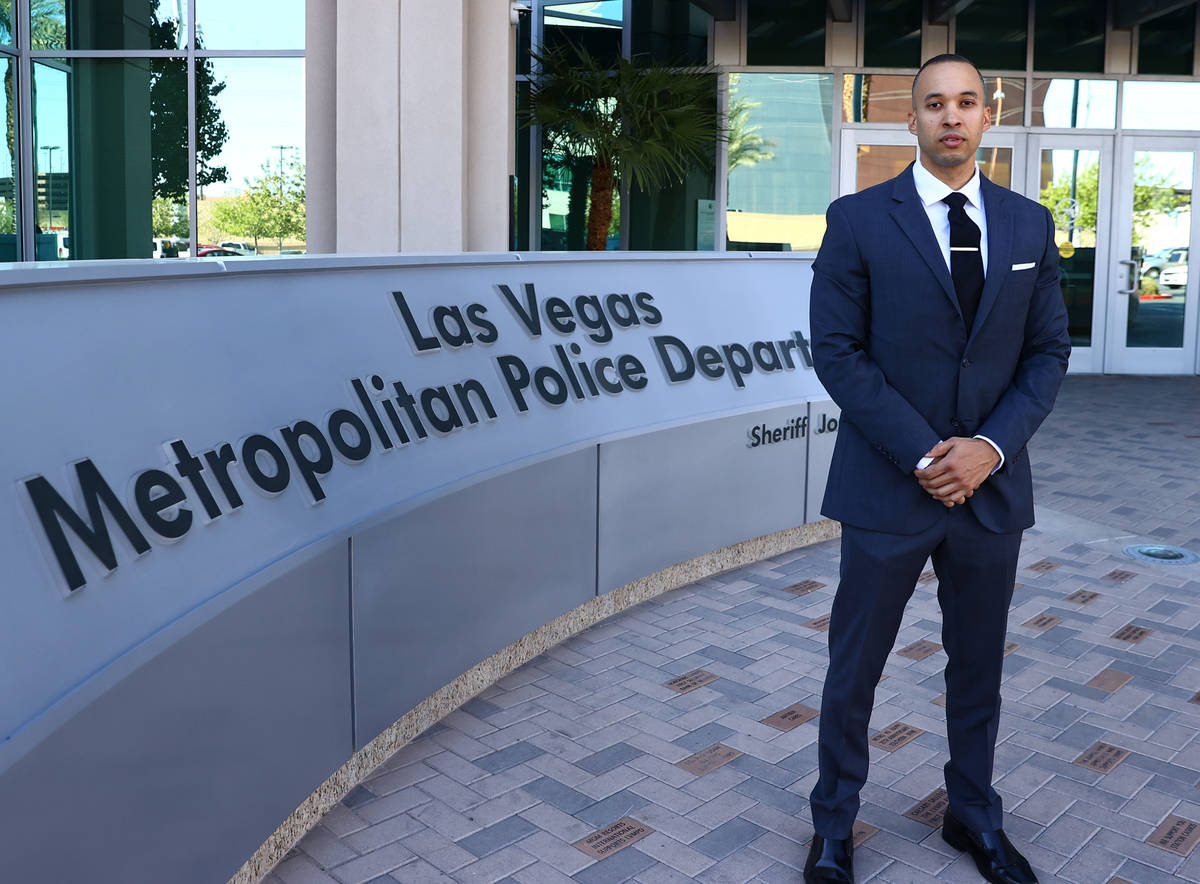 Solomon Coleman, a former officer who is suing the department, poses for a photo outside Metropolitan Police Department headquarters on Monday, Oct. 26, 2020, in Las Vegas. (Bizuayehu Tesfaye/Las Vegas Review-Journal) @bizutesfaye

A former Las Vegas police officer is tangled in a legal battle with the Metropolitan Police Department, where he claims he experienced a culture of racism.

Solomon Coleman, who is Black, said the department retaliated against him — and ultimately charged him with crimes — after he agreed to speak up about a racist officer.

In a federal lawsuit, Coleman’s lawyer, Suneel Nelson, pointed to “deeply ingrained training and widespread practices at LVMPD that require harsh retaliation against any officer who complains about racial discrimination.”

Two weeks ago, the department’s lawyer asked a judge to throw out the lawsuit, saying Coleman made “baseless, unsupported allegations.”

‘Target on my back’

Coleman, now 34, is a Las Vegas native who said he had dreamed of becoming a police officer since he was 5. He has been cleared of all criminal charges tied to allegations lodged against him while he was on duty in 2013, working as the only Black officer in the department’s southeast area command unit.

“There was clearly a target on my back,” Coleman told the Las Vegas Review-Journal in a recent interview. “My life has been ruined from this. … It’s been a nightmare. I have a hard time thinking about it still.”

He was indicted in December 2013, after five years on the force, when a woman accused him of pulling off her pants and photographing her without her consent during a domestic violence call. Metro settled a lawsuit the woman filed by paying her $24,999.

Coleman called the domestic violence response “routine” and “absolutely by the book” and said the department should not have settled.

“Everything was handled properly,” he said. “They know it. I know it.”

In 2016, a Clark County jury acquitted Coleman of oppression under color of office and gross lewdness but convicted him of photographing a person’s private area, a gross misdemeanor. He was given probation. But in May 2018, the Nevada Supreme Court reversed his conviction, which was not tied directly to the domestic violence call.

With regard to that charge, the high court found that “Coleman only copied a pre-existing video” from a woman’s cellphone and state law “does not criminalize copying a consensually recorded image of a sexual act.”

Coleman alleged that his constitutional rights were violated and that authorities fabricated evidence against him.

The same year he was charged, Coleman had volunteered to act as a witness in a fellow officer’s complaint with the department’s office of employment diversity.

At a post-shift debriefing at the command unit on East Harmon Avenue, a quarrel broke out between two officers, ending with a white officer “pointedly telling the other, a non-white officer, to ‘go back to where you came from,’” according to the lawsuit. “Among those present who had heard the remark, it was not disputed that its meaning was a denigrating reference to the non-white officer’s race and/or national origin.”

But the lawsuit alleges that the complaint was stopped short of the diversity investigation by Capt. Leslie Lane, who talked to everyone about the incident except Coleman.

“Capt. Lane then pledged to end the career of anyone reporting against a fellow officer in the future,” according to the suit. “Capt. Lane further described how he would make certain that any would-be whistleblower is denied promotion — now and for all time.”

Coleman later applied for a promotion to a detective’s position and was passed over “by a white rookie officer,” the suit alleges.

Metro had alleged that Coleman sexually harassed women he met on duty, though most of the arguments for dismissal of the federal complaint pointed to an exhausted statute of limitations in the civil case.

“The majority of Plaintiff’s claims are woefully untimely and, the one claim that is not potentially time-barred, fails as a matter of law,” attorney Nick Crosby wrote.

Nelson said he plans to file court briefs soon, and he said the timing of the federal lawsuit was based on the Supreme Court decision.