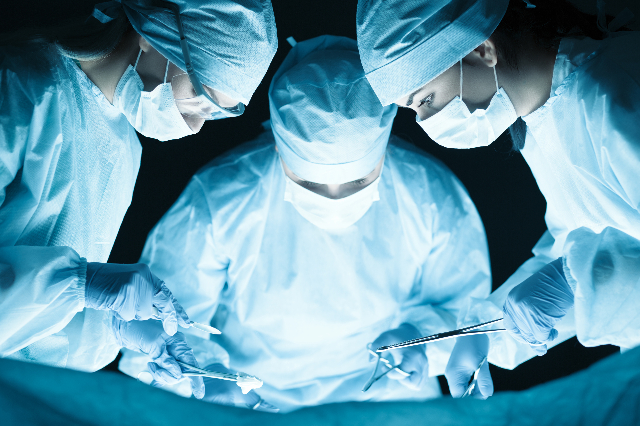 Beau Orth’s career as a UNLV Rebel ended before it could get off the ground.

An all-state safety his senior year for the 2008 state champion Bishop Gorman Gaels, Orth went on to start two games between his freshman and sophomore years as a Rebel.

But after a 2010 surgery to repair a herniated disc early in his junior year, Orth never played another down in scarlet and gray.

The Las Vegas surgeon botched the procedure, Orth claims. He is asking for at least $6 million for past and future medical costs as well as pain, suffering and loss of enjoyment of life.

“Not only did it end his football career, it’s had a significant impact on his life,” Orth’s lawyer Dennis Prince told jurors Friday during opening statements in the medical negligence case.

According to the complaint filed in September 2011, Orth began feeling minor pain and numbness in his left leg after the 2009 season that saw the 6-foot-1-inch, 215-pound defensive back switch to linebacker.

MRI results showed Orth’s L5-S1 disc, in the lower back, was herniated. Capanna operated on Orth to repair the damaged disc on Sept. 17, 2010.

But Capanna operated on the disc a level above the herniated one, Prince said, causing permanent damage to the once healthy disc and leaving Orth with permanent spinal issues.

Within a month of the procedure, Prince said, Orth’s pain worsened to the point that it became excruciating just to walk.

Cash, Prince said, saw significant damage to the the disc above the one Capanna was supposed to operate on. Cash operated on the newly damaged disc as well as the one Orth originally sought treatment for. Cash told Orth that he saw no evidence of a previous surgery being done on the L5-S1, Prince said.

Complications from the surgeries have caused Orth’s spine to rapidly degenerate, Prince said, and will require at least two spinal fusion surgeries before he turns 50 years old. The cost of those surgeries, he said, will be just under $800,000.

But the most damage Orth suffered, Prince said, has been emotional. He lost the opportunity, no matter the odds, to pursue a career in the NFL.

“It was his right, his opportunity to pursue that dream,” Prince told jurors.

Orth is asking for at least $5 million in damages due to pain, suffering and loss of enjoyment of life.

Capanna’s attorney, Anthony Lauria, argued that his client operated correctly on Orth’s herniated disc, and that the damage to the neighboring disc was an unfortunate but known risk of the surgery.

Evidence in the trial will show Orth hasn’t had to pay for any of the medical expenses, Lauria said. The University of Nevada, Las Vegas paid Orth’s insurance copays because he was a student athlete.

The trial is expected to last about a week.