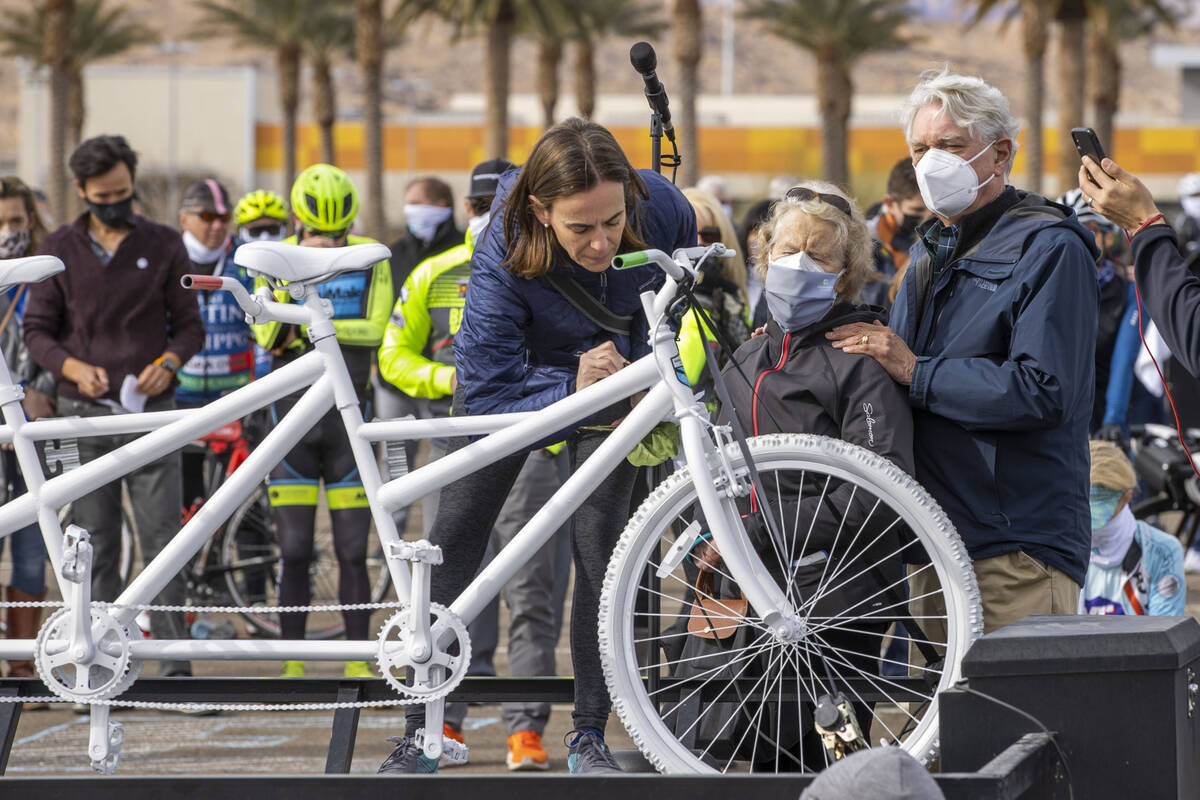 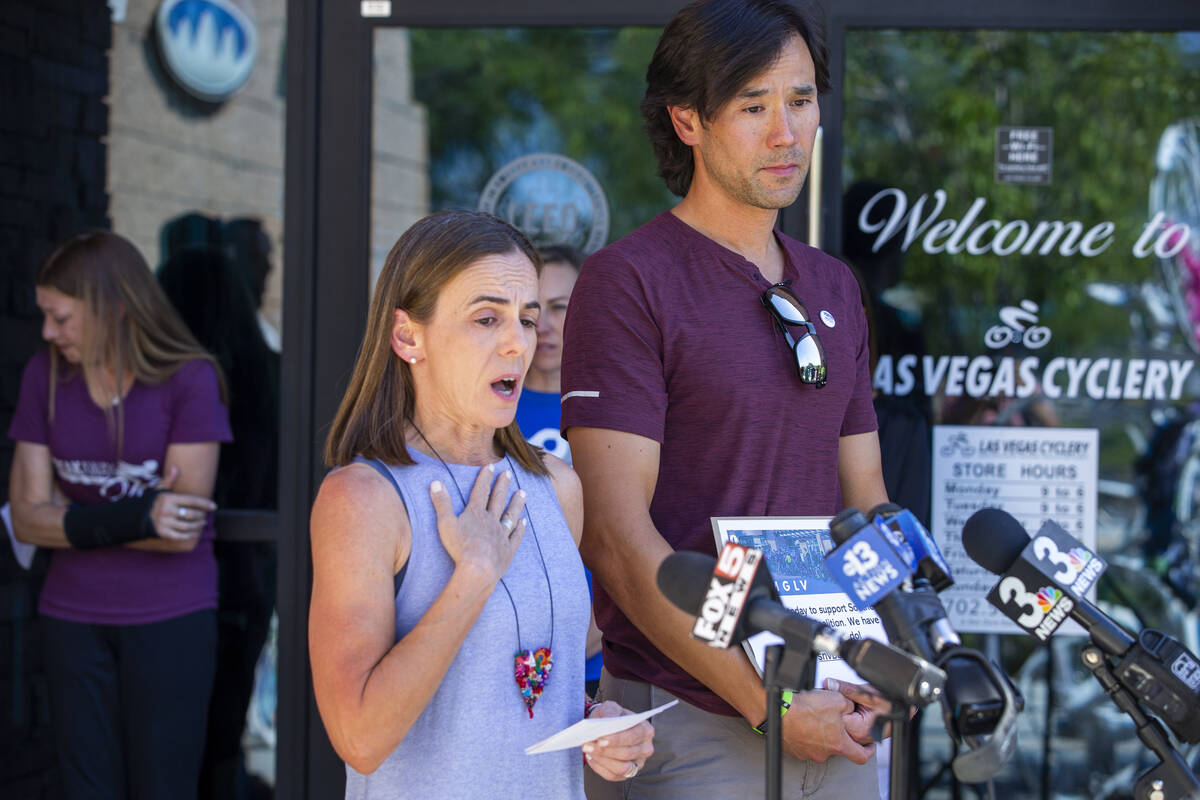 Donna Trauger with James Emery talk about the work being done to improve bicycle safety and the advocacy work for improved communication with families following a tragedy at Las Vegas Cyclery on Friday, June 11, 2021, in Las Vegas. (L.E. Baskow/Las Vegas Review-Journal) @Left_Eye_Images 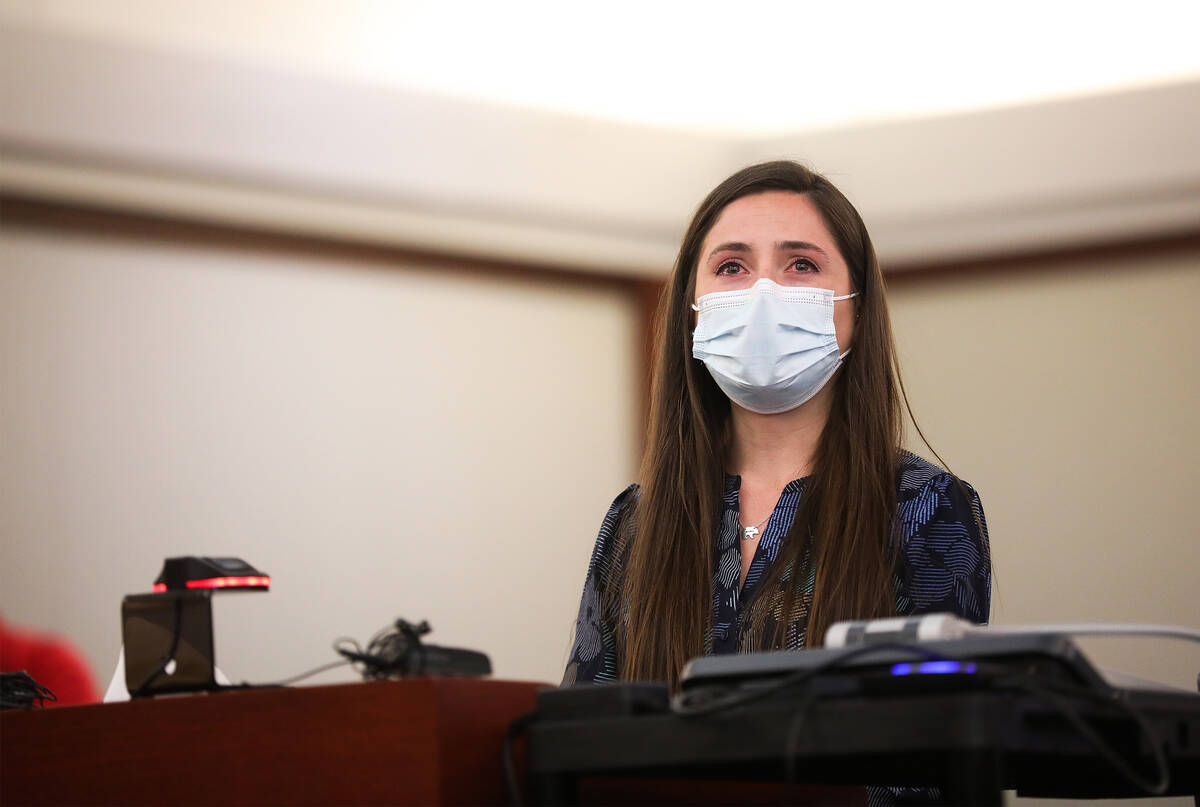 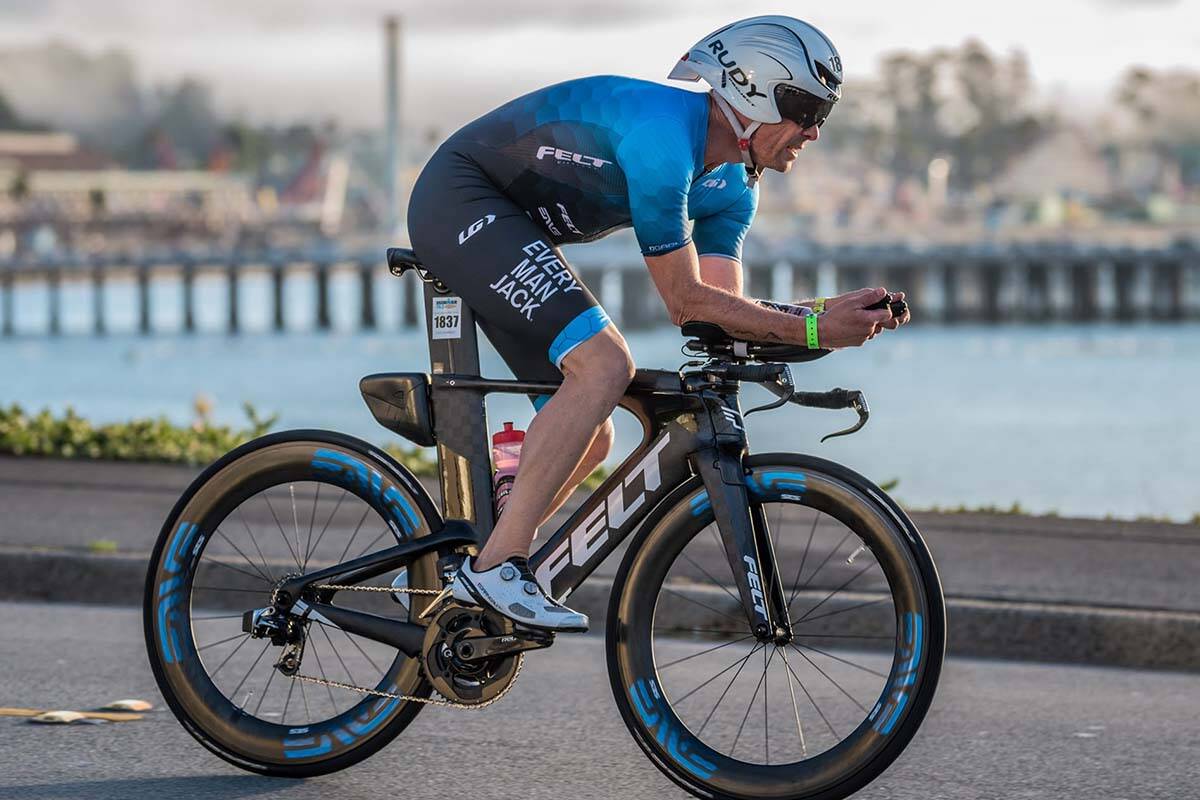 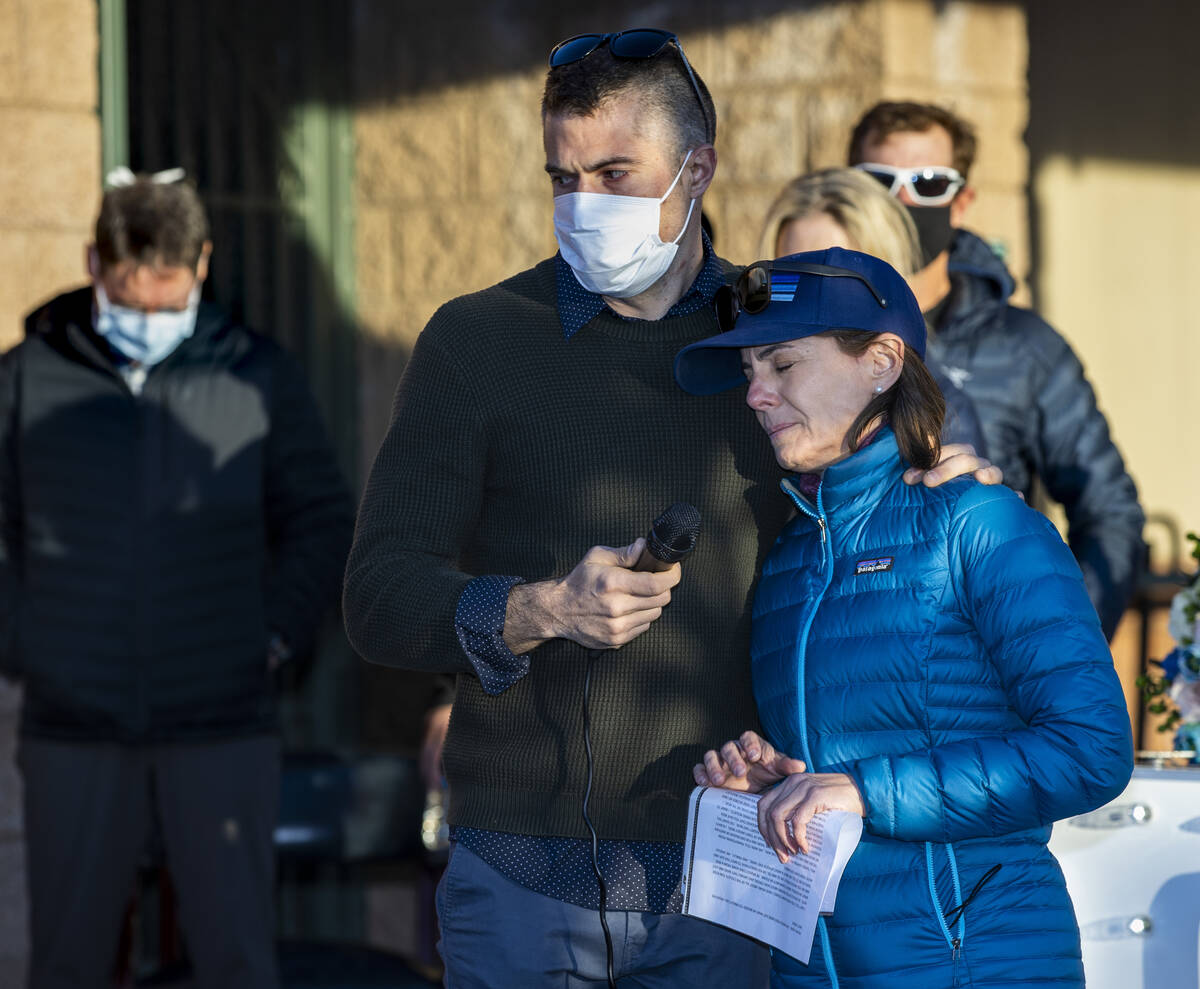 Donna Trauger, right, is comforted by Paul Duncan after sharing memories of her husband Tom Trauger during a vigil honoring the lives of five Las Vegas cyclists who lost their lives in a recent fatal accident held at Las Vegas Cyclery on Saturday, Dec. 12, 2020. (L.E. Baskow/Las Vegas Review-Journal)

A year after five bicyclists were killed in a crash south of Las Vegas by an impaired truck driver, a family filed a wrongful death lawsuit.

Donna Trauger, with son Thomas Trauger Jr. and daughter Sarah Woolsey, filed the lawsuit Monday against Jordan Barson, the truck driver sentenced in the crash, Barson’s employer, RoadRunner Transport AZ, and several corporations that partnered in leasing the truck to the company.

The lawsuit was also filed against David Merrill, an escort driver who joined the bicyclists to carry supplies in a 2019 Subaru Outback.

Donna Trauger’s husband, Tom Trauger, 57, was among seven bicyclists who rode behind the Subaru when Barson, who had nine times the legal limit of methamphetamine in his system, swerved onto the shoulder, pinning the bicyclists against the SUV. Erin Michelle Ray, 39, Gerrard Suarez Nieva, 41, Michael Todd Murray, 57, and Aksoy Ahmet, 48, also were killed.

The lawsuit showed Trauger and her children are represented by attorneys Robert and Tracy Eglet and Danielle Miller.

The attorneys argued Barson and the truck companies who allowed him to drive “owed a duty of care to the Decedent THOMAS C. TRAUGER, to operate their vehicles in a reasonable and safe manner,” the attorneys wrote. “Defendant, DAVID FRANKLIN MERRILL, breached his duty of care while operating the safety escort vehicle, a 2019 Subaru Outback, by, among other things, failing to properly follow Decedent THOMAS C. TRAUGER to ensure his visibility and safety.”

Trauger is seeking compensation from each of the 10 defendants for her grief and sorrow, her husband’s loss of life, loss of future earnings and funeral expenses.

Barson was sentenced in June to 16 to 40 years in prison.

Donna Trauger said Tuesday night that she could not talk about the case, but she said her goals haven’t changed over the past year: Do not let her husband’s death be meaningless.

“They lost their lives, and I don’t want that to go unnoticed, to go without meaning,” she said. “I care very much that there’s some justice.”