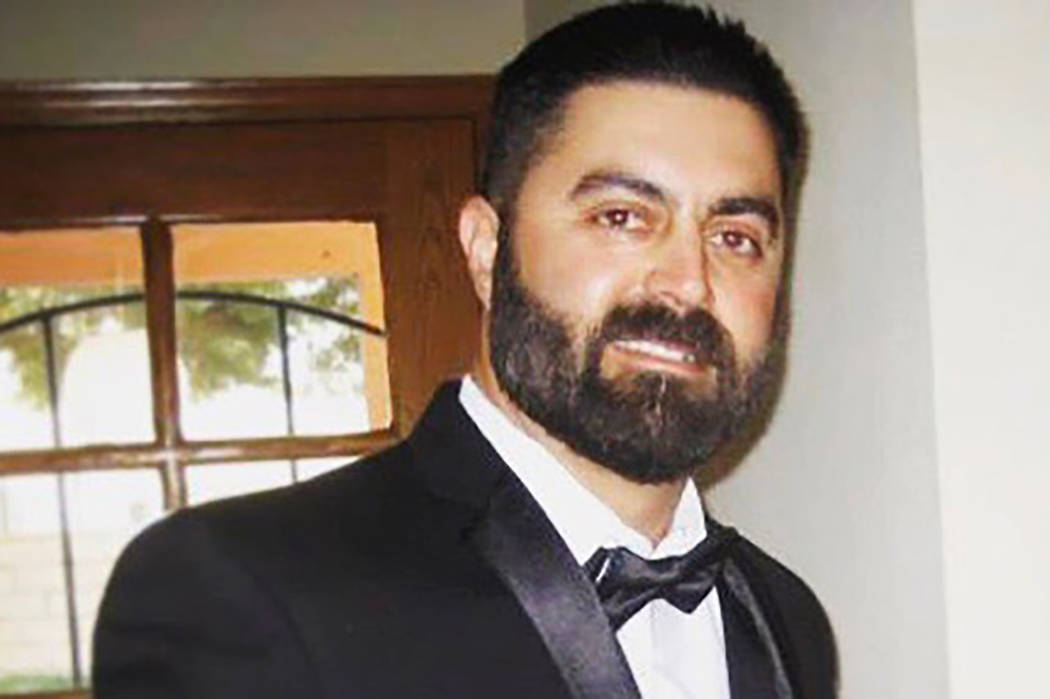 Luis Campos, 45, died tafter a stranger punched him once in the head for no apparent reason outside of a downtown Las Vegas bar on April 30, 2017. (Drake Garibay) 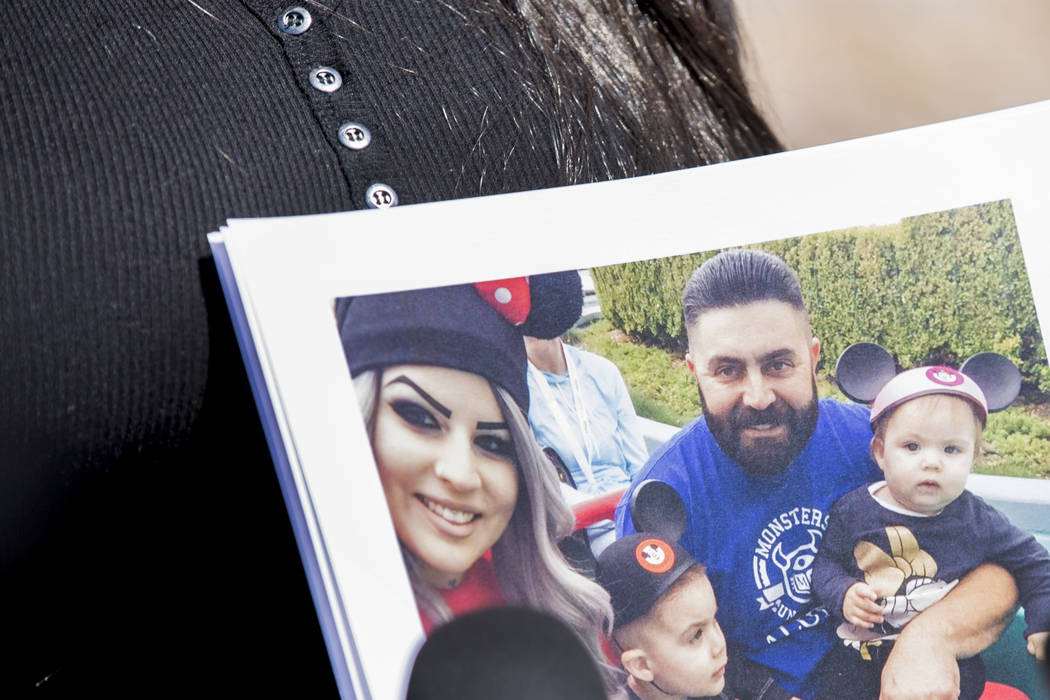 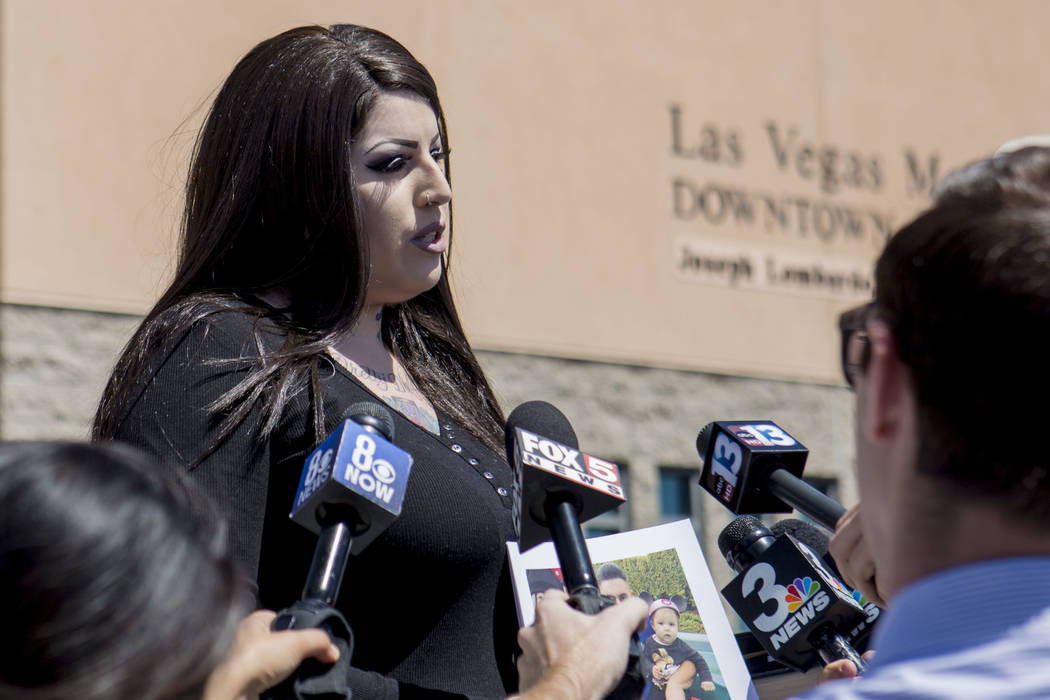 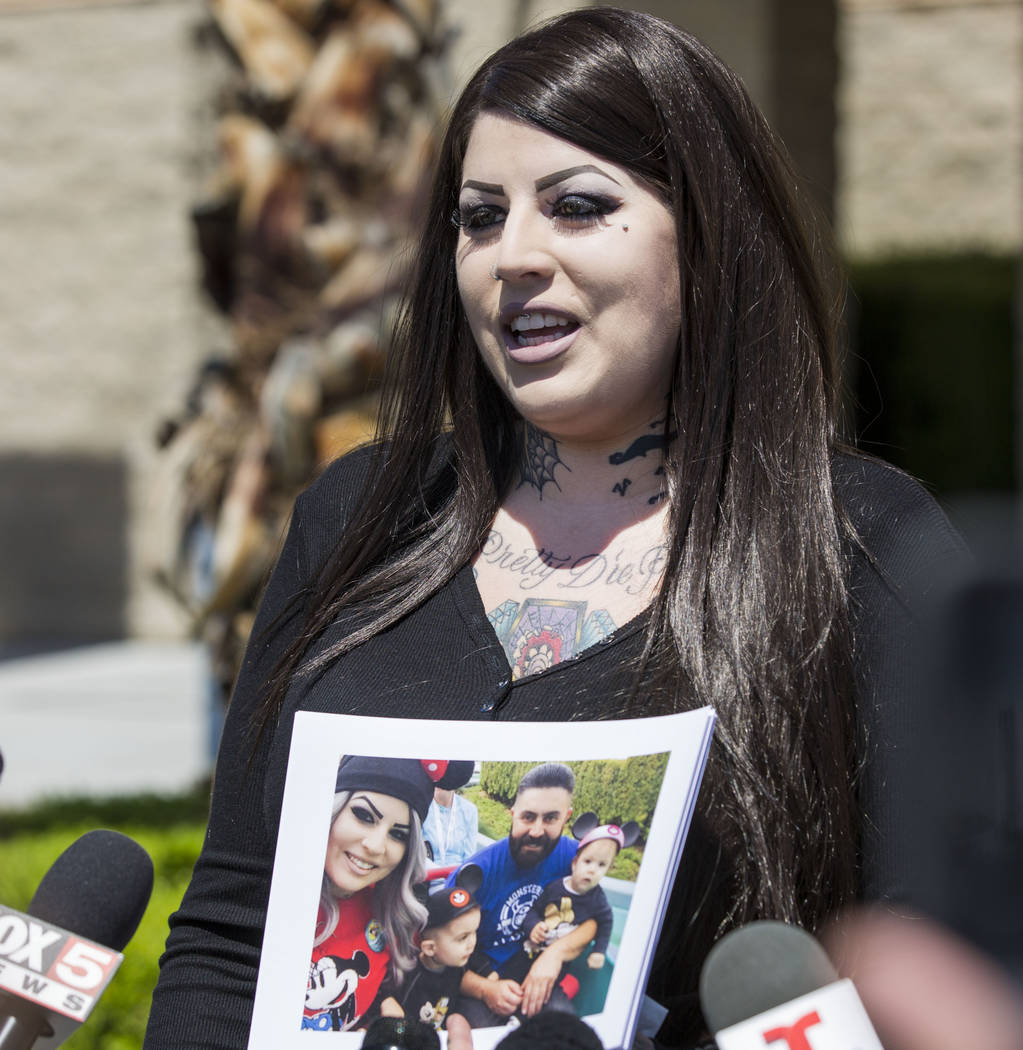 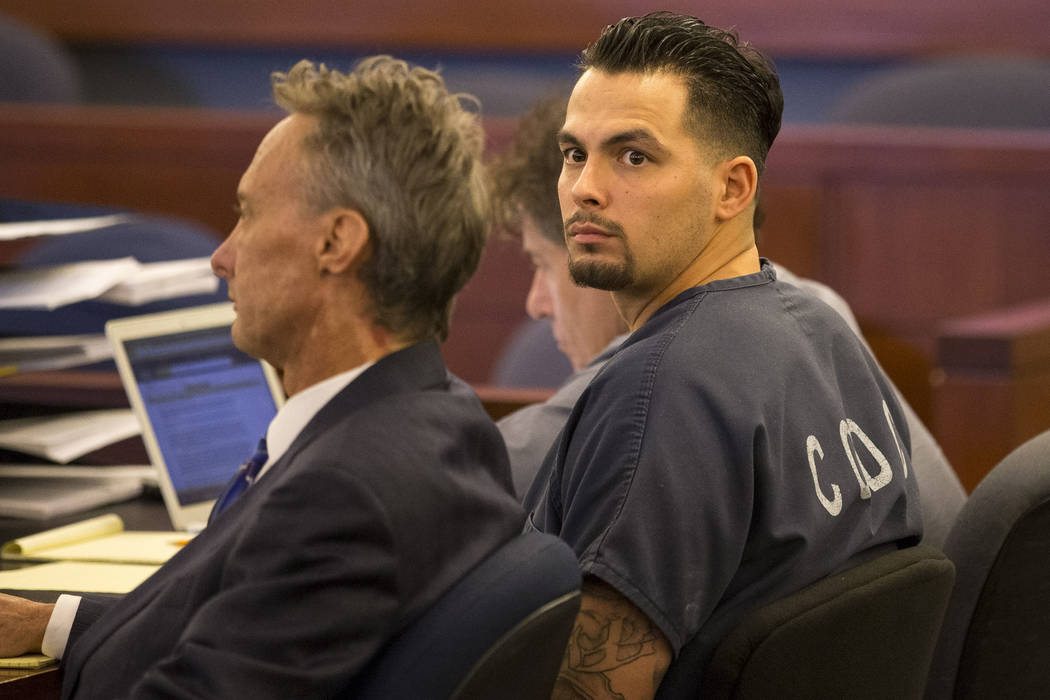 James Beach, right, with his attorney Gregory Knapp during his preliminary hearing at the Regional Justice Center in Las Vegas on Thursday, Aug. 31, 2017. Beach pleaded guilty to the one-punch death of Luis Campos and was sentenced to prison in 2018. (Richard Brian/Las Vegas Review-Journal) @vegasphotograph

The family of a father of five who died after suffering a punch-and-fall outside a downtown Las Vegas nightclub has filed a lawsuit.

The suit, filed late last week by the family of 45-year-old Luis Campos, alleges that the Vanguard Lounge and Saber Security “should have known about the violent criminal activity” along Fremont Street near the nightclub.

Campos was attacked in the early morning hours of April 30, 2017, while he stood in line outside Vanguard.

A little more than a year ago, James Beach was ordered to serve three to 10 years behind bars for voluntary manslaughter in Campos’ death.

The lawsuit alleges that Vanguard and the security company, which had personnel outside, “failed to intervene in the verbal altercation” that escalated before Beach punched Campos in the face, knocking him to the ground.

At Beach’s sentencing last year, Campos’ brother, Drake Garibay, said the two were together at the time. Garibay said the attack was unprovoked and that his brother said nothing to Campos before he was punched.

Campos, of La Puente, California, died four days after he was struck once outside the club. A Clark County coroner’s report found that he likely hit his head on the ground.

It wasn’t Beach’s first run-in with the law. In 2008, Beach pleaded guilty to charges of attempted murder and battery with a deadly weapon resulting in substantial bodily harm in connection with a brawl between two groups of men in Las Vegas. He served five years in prison and was released in 2014.

Beach is identified only as “an intoxicated male” in the lawsuit.

The lawsuit states that “despite years of documented violent criminal activity at or near Vanguard Lounge, defendants intentionally and/or knowingly failed to adequately staff, train, monitor, supervise, and secure its premise and sidewalk.”

A manager who answered a reporter’s call Wednesday declined to comment, while officials with the security company could not immediately be reached.