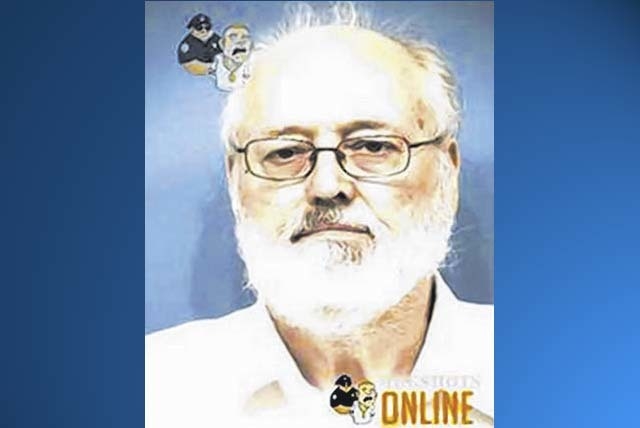 Photo of Michael Joseph Kearns as it appears on the Mugshots Online website.

A federal judge has banned a Texas felon authorities say is tied to the anti-government “sovereign citizens” movement from meddling in the high-profile legal battle between Bunkerville rancher Cliven Bundy and the Bureau of Land Management.

George described Kearns, 72, a felon from San Antonio, as an “abusive filer” and ordered the federal clerk to return, “without docketing,” any future documents he tries to file.

In April, Kearns filed a motion seeking to overturn George’s 2013 ruling that allowed the BLM to seize Bundy’s cattle.

The motion, dubbed “emergency intervention of necessity to protect the land and people of the United States,” included jargon and phrases common to the sovereign citizens movement.

George ruled at the time that Kearns had no standing to intervene in the Bundy case.

On Monday, Kearns responded by filing another motion telling George, “You are respectfully commanded to order the clerk of the court to strike your denial from the record of the case …”

Then Kearns wrote, “Your orders, judgments and mandates, have no rightful or lawful force and effect upon the people of the United States.”

But George got the last word. He responded in his latest order that Kearns’ authority, not the judge’s, was lacking in the Bundy case.

Kearns is known as a self-styled legal adviser within the sovereign citizens movement. Members of the nationwide movement believe they are above the government’s jurisdiction and, among other things, not obligated to pay taxes.

Sovereign citizens have tried over the years to disrupt and overthrow the government and other forms of authority by using “paper terrorism” tactics, intimidation, harassment and violence, according to authorities.

In 2009, following an extensive undercover investigation, the FBI arrested several sovereign citizen leaders and members on money laundering and other felony charges in a major crackdown on the movement’s activities in Las Vegas.

From San Antonio last month, Kearns denied being part of the sovereign citizen movement. But he again acknowledged that he was among the “free, sovereign and independent” people in the United States.

Kearns, who admitted that he spent 10 years in federal prison on a mail fraud conviction, was charged twice in San Antonio last year with filing fraudulent court documents.

He said he was a “self-taught paralegal” whose goal in the Las Vegas case was to “get the BLM to stop its action and leave Bundy alone.”

The BLM last month began seizing Bundy’s cattle over his failure to pay the agency an estimated $1 million in grazing fees for two decades. Armed militia members flocked to Bundy’s aid, leading to an armed standoff that attracted national attention.

On April 12, the BLM abruptly halted the cattle roundup, fearing for the safety of its agents and the public.

The FBI has since launched an investigation into allegations of threats against BLM agents and other law enforcement officers during the standoff.