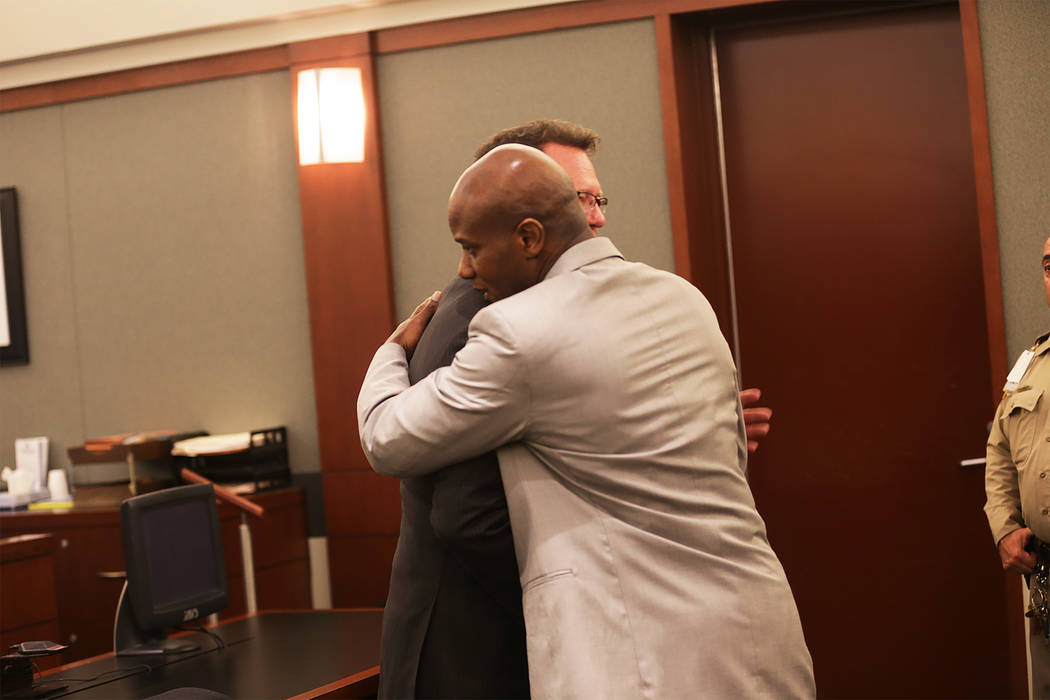 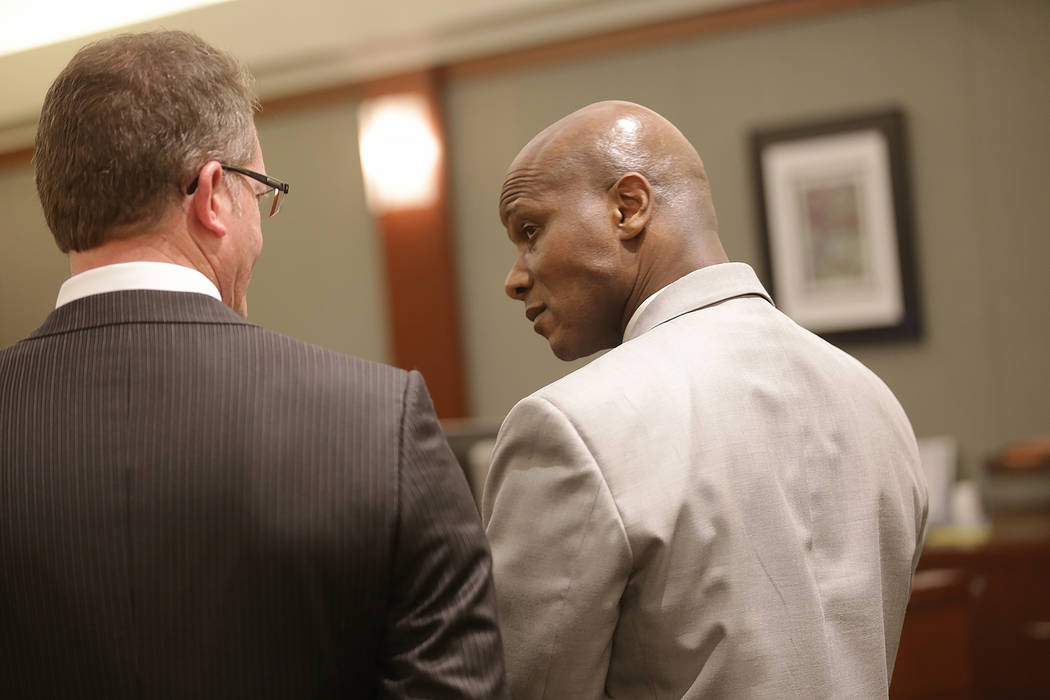 Defense attorney Robert Draskovich, left, talks to his client Frederick Richards, a former Bellagio club host who was just acquitted on all counts of kidnapping and two counts of sexual assault, on Thursday, May 11, 2017, at the Regional Justice Center. Rachel Aston Las Vegas Review-Journal @rookie__rae 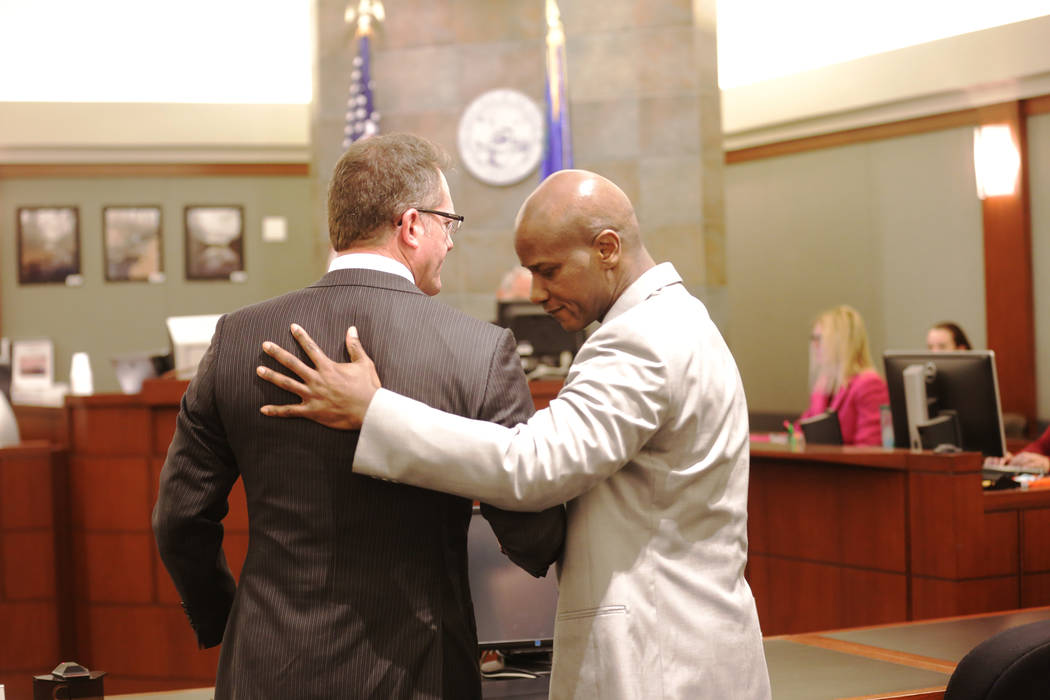 Frederick Richards, 51, lowered his head and cried as the verdict was read.

A woman who identified herself as Richards’ wife declined to speak with a Las Vegas Review-Journal reporter after the verdict was announced.

In 2014, a 25-year-old woman left Hyde nightclub with Richards after meeting him. She testified that she recalled watching the Las Vegas skyline fade as he drove her to his home in Rhodes Ranch.

She said she awoke the next morning on his bedroom floor with her skirt hiked up and her underwear across the room.

Seven jurors — two men and five women who asked not to be identified — spoke after the trial with prosecutors, District Judge Douglas Herndon and Draskovich.

“I think something happened,” one juror told them. “I don’t think the state proved it.”

Another juror said the lack of video surveillance at the nightclub was a sticking point during deliberations.

“A little bit more evidence would have been helpful,” he told the lawyers.

During closing arguments a day earlier, Draskovich argued that the victim’s testimony was “unbelievable” and that she had “a case of buyer’s remorse.”

Richards had driven her home, where she was confronted by an angry boyfriend, Draskovich said.

During the trial, five women who had relationships with Richards testified that he was a gentleman who treated them with respect. But jurors said their testimony did not weigh on the verdict.

“None of us will say this was an easy decision,” a female juror said.

The acquittal means Richards, who had been held on $5 million bail since his arrest in early 2016, can be released from the Clark County Detention Center. But he still faces a rape allegation from a 2002 encounter in Los Angeles County, Draskovich said.

Authorities who investigated the 2014 case used DNA evidence to identify him as the suspect in two similar California assaults that went unsolved for nearly two decades.

In all three cases, the women said they met Richards at a club during a night out. Richards admitted having sex with the women, but his attorney told jurors the encounters were consensual.