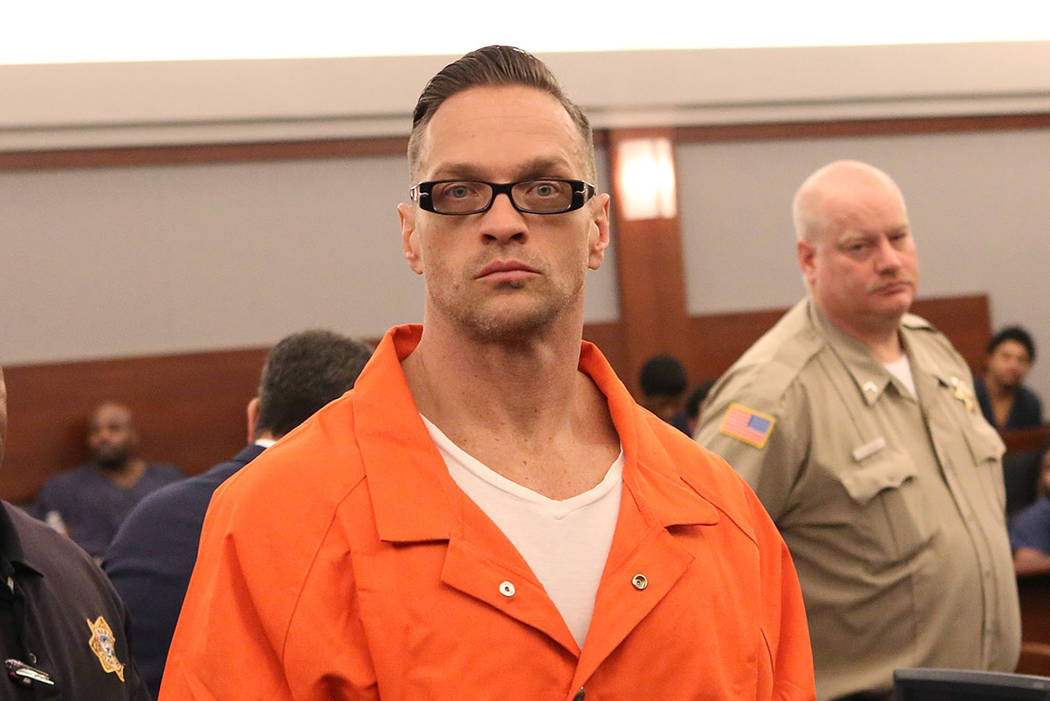 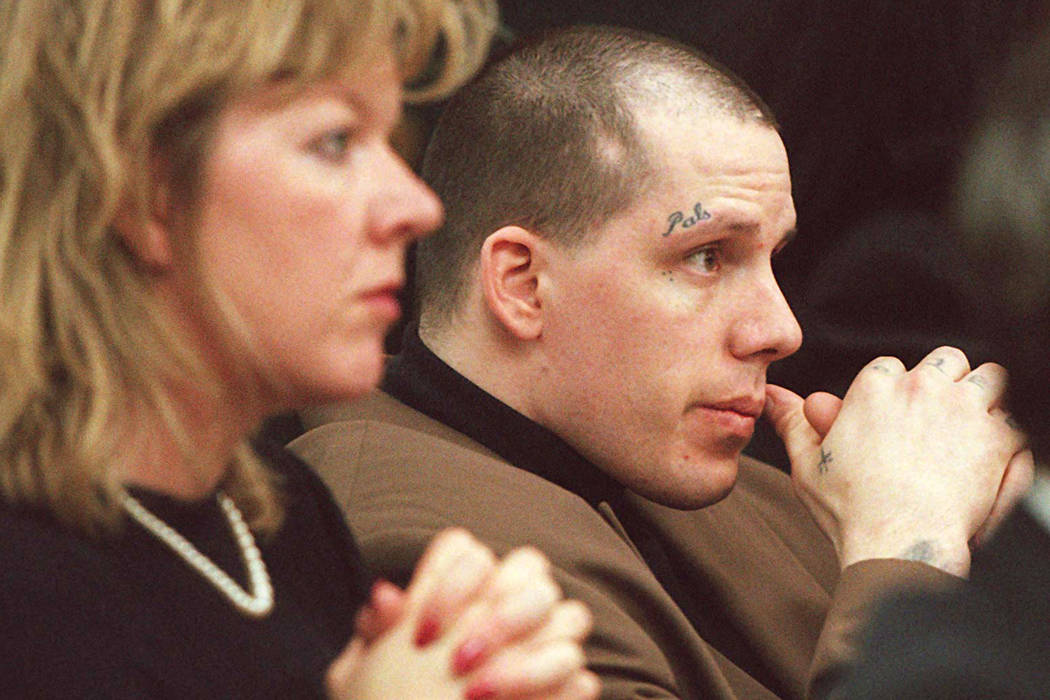 Kevin Lisle sits with his attorney Rebecca Blaskey as the verdict is read in his 1996 murder trial. (Las Vegas Review-Journal)

No Las Vegas jury handed down a sentence of capital punishment in 2019.

That was the first calendar year in the past five that Clark County jurors decided against death penalties, and only the second since 1976, when the state reinstated the death penalty, according to the Death Penalty Information Center’s website.

Meanwhile, whether the state could even execute one of the more than 70 men on death row should he exhaust his appeals remains in question.

The Nevada Department of Corrections’ supply of the sedative Midazolam, one of three drugs in the state’s lethal injection cocktail, expires next month. The prison system’s last batch of cisatracurium, a paralytic planned for use in executions, expired in June. The state still holds three batches of Fentanyl that expire in mid- and late-2021.

A spokeswoman for Nevada Attorney General Aaron Ford declined to comment this week when asked what steps had been taken to ensure that a batch of execution drugs remains on hand in case another death warrant is signed. Prison officials did not return the Review-Journal’s phone calls.

In the same year the Legislature decided not to act on a bill to end capital punishment, three men were removed Nevada’s death row — two by legal means and one by suicide.

Defense attorney Scott Coffee, who represents murder defendants and studies capital punishment across the country, said death row inmates are more likely to die of natural causes or find a legal way out.

“That’s been the state of the situation for a long time,” Coffee said.

Coffee helped broker a deal in August for Gregory Wallen, who spent the past 10 years awaiting trial, as prosecutors agreed to drop the death penalty after he accepted two life sentences without the possibility of parole. Wallen had admitted to the 1994 rape and murder of 7-year-old Diana Hernandez.

Clark County District Attorney Steve Wolfson said that prosecutors under his watch have filed a notice to seek the death penalty about half as much as they did under his predecessor, David Roger.

On murder cases, the top prosecutor meets with a group of seasoned deputies, and sometimes defense attorneys, to decide whether capital punishment is worth pursuing. Wolfson makes the ultimate decision, like he did last month, when he announced that his office would seek the death penalty for a 21-year-old man accused of raping and killing 19-year-old UNLV student Paula Davis.

“The option of imposing the death penalty is still the law in the state of Nevada, and although there have been efforts at our legislative level to repeal that law, they’ve been unsuccessful,” Wolfson said. “I generally reserve that decision to file for those cases that stand out, that are extremely egregious primarily in the actual facts of the case.”

Defense attorney Dayvid Figler, who represents one of two men facing the death penalty in connection with the slaying of a fellow inmate at High Desert State Prison, said prosecutors use the threat of capital punishment in plea negotiations.

Wallen’s case was one of many with movement in Nevada’s court system this year that centered on the ultimate punishment for criminals.

In February, condemned inmate Kevin Lisle, who asked earlier this year to waive his appeals, is scheduled to see a psychiatrist to determine whether he is competent enough to stop fighting his death sentence.

Lisle has spent more than 24 years on death row for the 1994 killings of 19-year-old Kip Logan and 19-year-old Justin Lusch.

Another death row inmate, Scott Dozier, first wrote of a desire to waive his appeals in October 2016. His request for execution lingered in the court system before he died of suicide by hanging on Jan. 5 at Ely State Prison.

In May, the 2010 death sentence of John Matthias Watson III, convicted of killing his wife during a trip to Las Vegas, was vacated.

That same month, a jury decided on capital punishment a second time for Tracy Petrocelli, who spent 37 years on death row for the 1982 murder of a Reno car salesman, before the 9th U.S. Circuit Court had ordered a new sentencing hearing.

A murder charge against Paul Browning, who spent 33 years on death row for the 1985 stabbing death of Las Vegas jeweler Hugo Elsen, was dismissed in March. Browning was freed from prison five months later.

Still, prosecutors announced the intention to seek the death penalty for at least nine men and two women in the past 12 months, a slight increase from the year prior.

Wolfson suggested a revision to the appellate process for the state’s fractured death penalty system. Many fight their convictions for decades without ever having to order their last meal.

“There has to be an endgame at some point,” Wolfson said. “It’s not fair to the victims and their families, and even the defendants in a certain way. … I don’t know of any system that is perfect, and our criminal justice system in this country is not perfect. … I’m convinced that it’s the best system on Earth, but it’s not infallible.”

Earlier this year, Wolfson and Coffee were instrumental in a change in the legal system, which was adopted by the state’s Supreme Court, that allowed defense attorneys to request a six-month extension from prosecutors weighing the intention to seek death.

“It’s a valuable tool for defense counsel,” Coffee said. “It’s better for everybody.”

Still Coffee said he was disappointed that Nevada lawmakers never even discussed the bill that would have ended capital punishment. Assembly Bill 149 — sponsored by Assemblyman Ozzie Fumo and state Sen. James Ohrenschall — never got a hearing in the Assembly Judiciary Committee.

“If it’s true that we’ve got a historical relic of Nevada’s wild West past, we still spend money on these cases, throwing money away for no particular reason,” Coffee said.