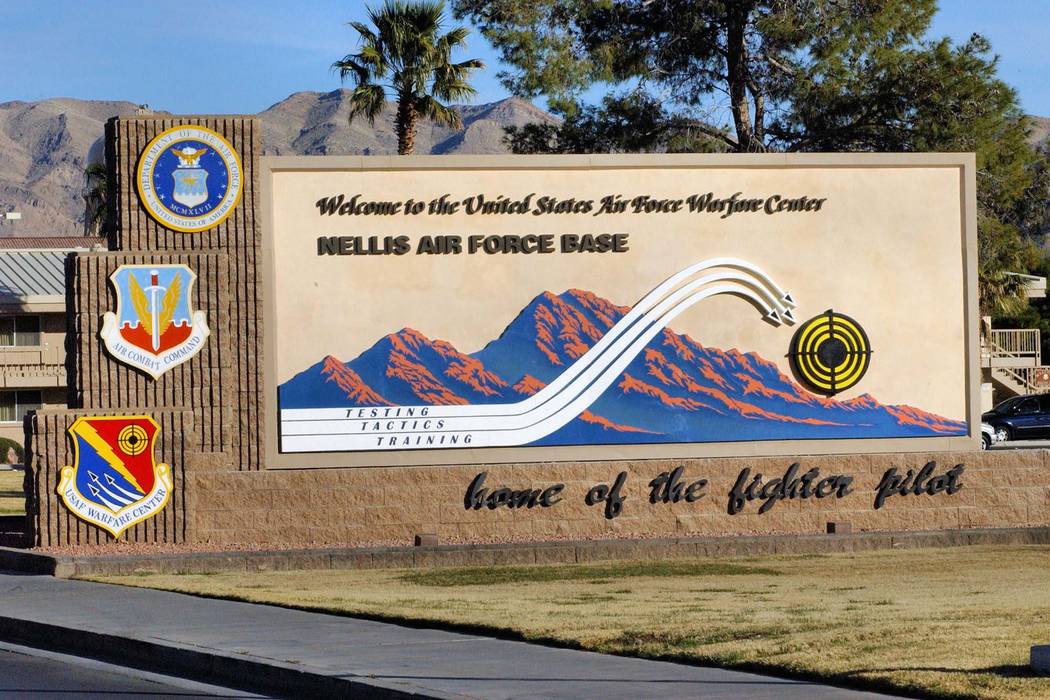 A 38-year old Henderson man was sentenced Friday to 18 months in prison for selling military goods stolen from Nellis Air Force Base, including smoke grenades, ammunition and bulletproof vests.

Noguni pleaded guilty in August to the unauthorized sale of property of the United States. He was charged in 2015 after an undercover federal investigation revealed he had been selling stolen military ammunition and equipment from Nellis on the internet.

In fact, on two occasions Noguni sold .50 caliber Raufoss Mk211 armor-piercing ammunition to undercover agents, the documents said. That ammunition is not available for sale to the general public.

Owens was sentenced to a year in prison in October for stealing approximately $97,000 of U.S. military ammunition and equipment. In January Schwartz received three years probation for retaining stolen property of the United States.

At Friday’s sentencing hearing, Noguni said he did not know what he was doing was illegal. His attorney, Justin Marcello, also argued that his client did not understand the seriousness of his crime because “all of the items in this case are commercially available.”

But Assistant U.S. Attorney Jared L. Grimmer said the fact that the weapons had markings denoting their military unit as well as the secretive nature of Owens and Noguni’s meetings negated that argument.

“It almost seems like a bit of a drug trade,” the way the items were exchanged, Grimmer said.

Marcello said that Noguni had changed his life in the last two years: He recently opened an esports gaming business and became a father to two twin boys.

Noguni’s girlfriend sat in the back of the courtroom Friday with their 4-month-old sons.

In an interview with the Review-Journal in November, Noguni said he was resigned to spending time behind bars.

“I’ve kind of accepted it,” he said. “I’ve dealt with this for two years. It was hard for me the first year. I kind of became a hermit, but then I started getting my life together.”

“Once you’ve had children, you realize you pushed an item into the world whose sole purpose is to destroy,” Marcello said.

Noguni is set to begin his sentence March 23.