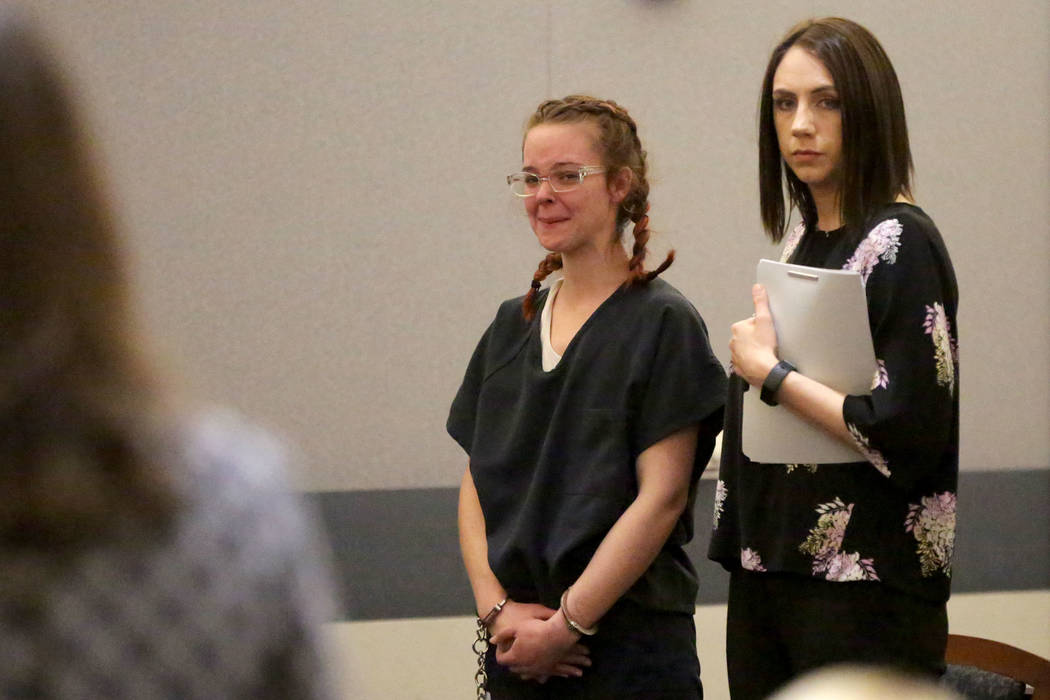 Amy Taylor, left, who stands accused of murder and child abuse with ex-NFL player Cierre Wood, listens to the injuries reported by the coroner in the death of her daughter, La’Rayah, in court on Tuesday, April 16, 2019. (Michael Quine/Las Vegas Review-Journal) @Vegas88s 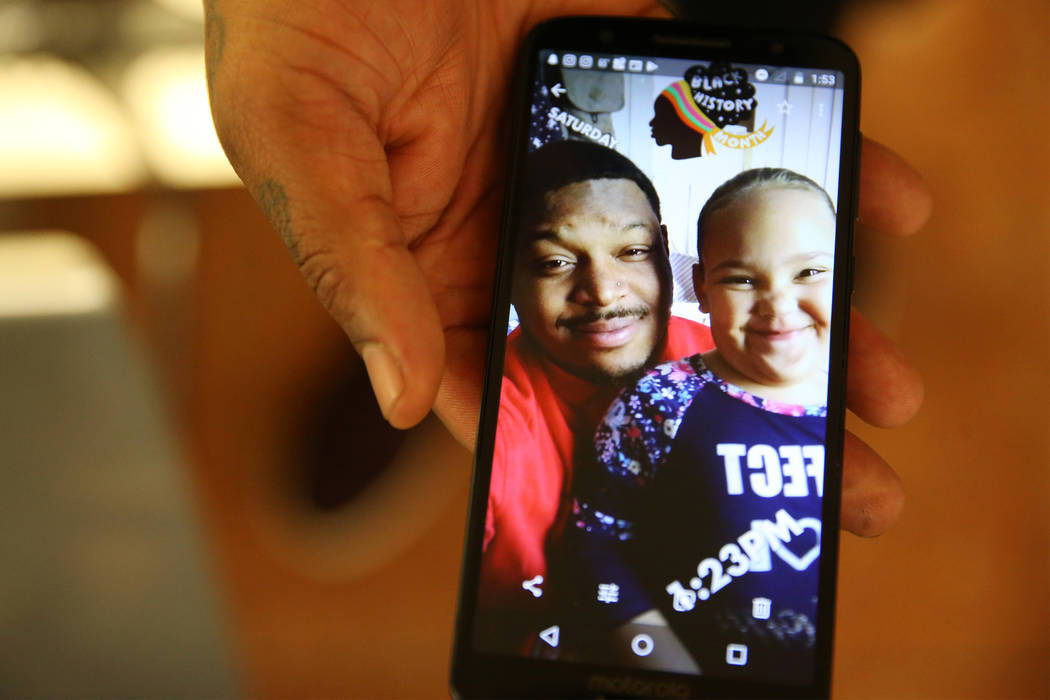 Danaun Davis shows a picture of his daughter La'Rayah, 5, at the Regional Justice Center in Las Vegas on Thursday, April 11, 2019. The mother of Davis' daughter, Amy Taylor, and her boyfriend, ex-NFL player Cierre Wood, were jailed on murder and child abuse charges in the death of La'Rayah. (Erik Verduzco/Las Vegas Review-Journal) @Erik_Verduzco 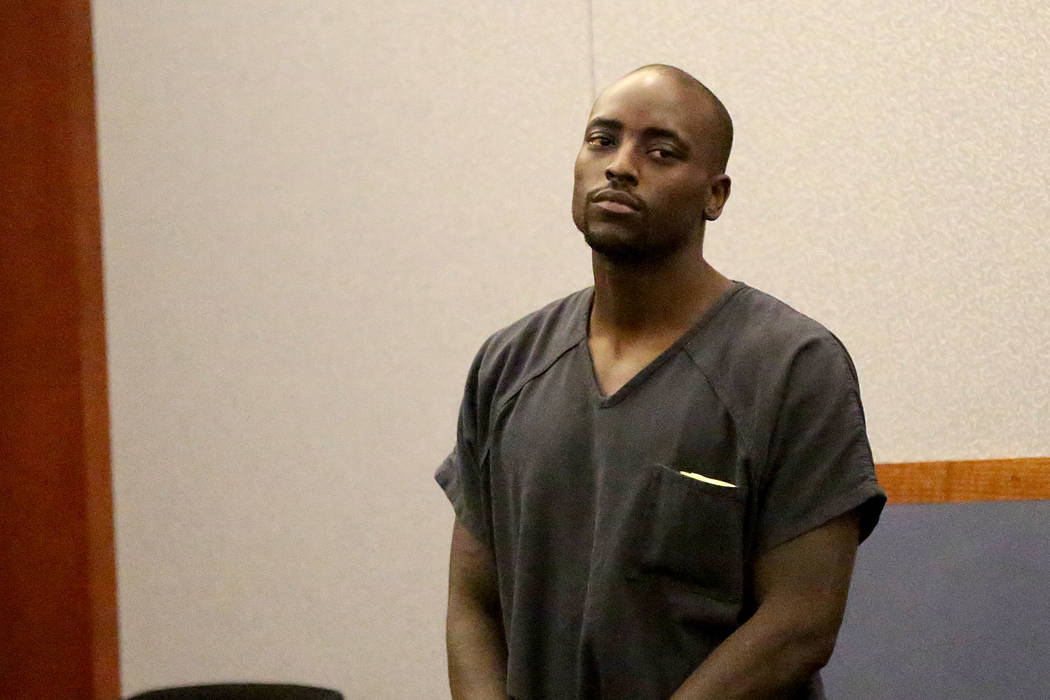 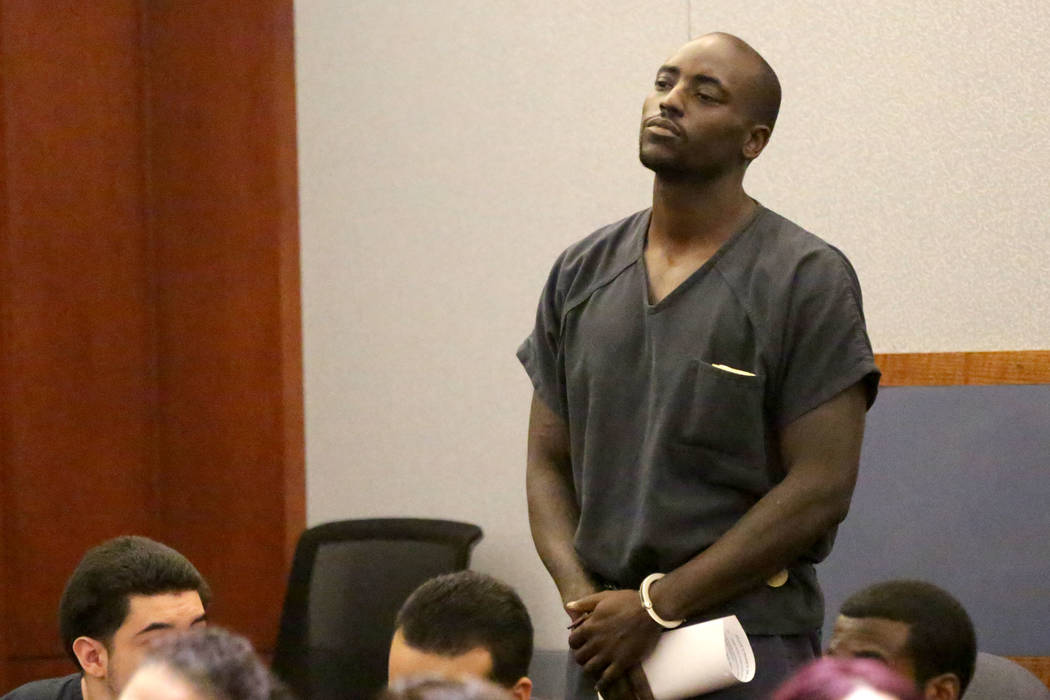 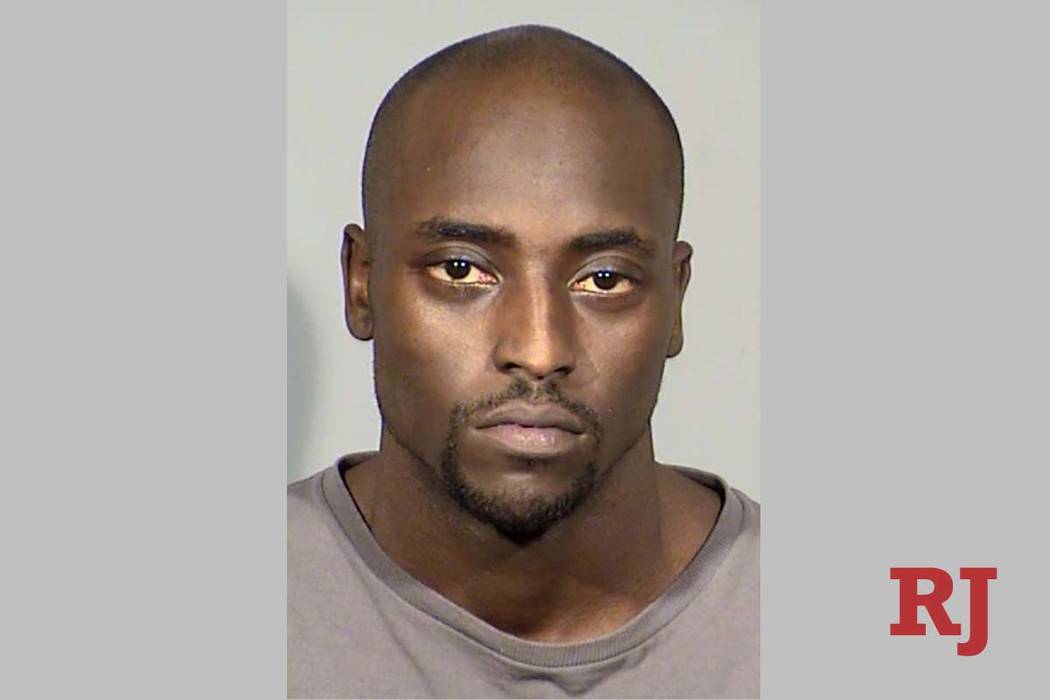 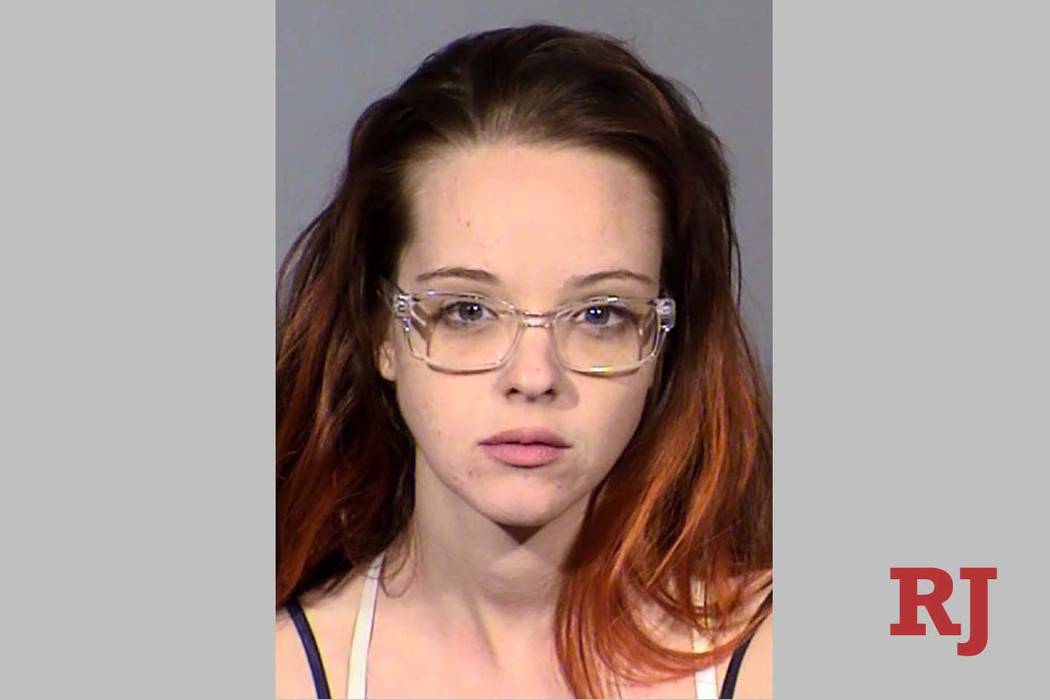 A judge denied bail Tuesday for a former NFL player and his girlfriend charged with first-degree murder in the death of her 5-year-old daughter.

Prosecutors had asked that bail be set at $1 million for Cierre Wood, 28, and Amy Taylor, 25, but Las Vegas Justice of the Peace Melanie Tobiasson ordered them held without bail.

La’Rayah suffered a lacerated liver and contusions to her diaphragm and lungs, the judge and Chief Deputy District Attorney Michelle Jobe said Tuesday. She also had visible injuries from her forehead to her thighs.

Wood and Taylor also are charged with child abuse and neglect.

The judge said she had reviewed photos of the injuries.

“Once you see them, you can’t unsee them,” the judge said.

Wood told police that he made the girl do situps and run laps in an apartment as punishment, according to an arrest report. He chose that method because he was trying to get her “on the right path due to her being ‘chunky,’” he told detectives.

The day the girl died, La’Rayah bit her mother, Taylor told police. Taylor spanked her three times, then made her stand in a corner.

When Wood got home that afternoon, Taylor went to the store. That’s when La’Rayah refused to learn her letters and numbers, Wood told police, so he forced the girl to do situps.

During one of the situps, Wood said she fell backward and hit her head on the carpet. She became unresponsive, and Wood called 911 call about 7:30 p.m. from an apartment complex at 9599 W. Charleston Blvd., police said.

When paramedics arrived, her body appeared cold and stiff.

The household was previously referred to the Division of Child and Family Services in December for unknown reasons, according to county records. The referral was listed as “information only.”

County spokesman Erik Pappa said in an email Tuesday that “information only” referrals do not “rise to the level of an investigation.”

In court, Taylor’s attorney, Sarah Hawkins, requested a $50,000 bail. The prosecutor called it “a paltry sum.”

Hawkins said Taylor, who cried during the hearing, has lived in Las Vegas for two years, working as a certified nursing assistant.

Wood’s attorney, Thomas Ericsson, did not ask the judge to reduce his bail.

Taylor told police that her daughter was stubborn and defiant and that she had sat on La’Rayah’s chest about a week before her death because of misbehavior, according to the arrest report.

Both Wood and Taylor denied abusing La’Rayah and attributed the bruising on her body to a fall she had at the park a few days prior to her death, the report said.

Taylor told police she disciplined La’Rayah with spankings, using her hand or a belt. Wood told police he preferred exercise to spanking because La’Rayah was not his daughter.

A preliminary hearing is slated for May 21.