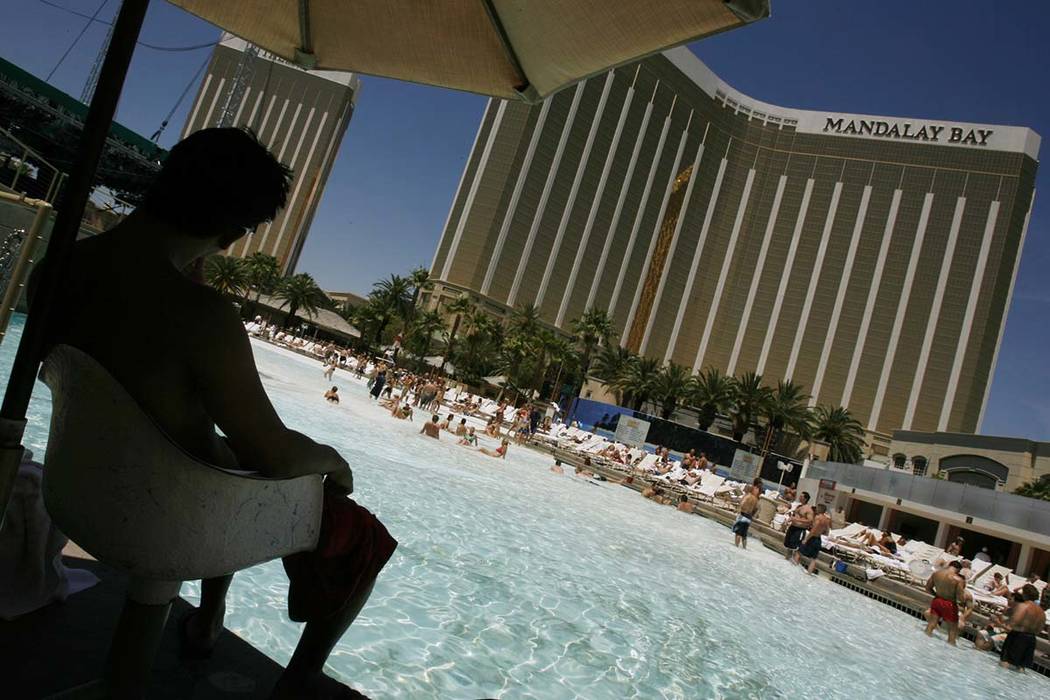 A life guard keeps an eye on guests at the Mandalay Bay pool in Las Vegas on Thursday, June 1, 2006. (Isaac Brekken/Las Vegas Review-Journal)

A jury awarded about $524,000 to a California man who sought millions of dollars for injuries he said he suffered when a temporary sign collapsed atop him at a Las Vegas Strip hotel.

Breeden acknowledged that attorneys for the Mandalay Bay resort had offered a $2.5 million pretrial settlement of Richardson’s negligence claim.

Richardson is from Carlsbad, California.

Richardson sued in February 2017, seeking damages for head and body injuries from a sign being erected for an outdoor event in the Mandalay Bay pool area falling on him in June 2015.