If you are having problems accessing today’s e-Edition, please click on this link VIEW E-EDITION
By Jessie Bekker Las Vegas Review-Journal
October 2, 2017 - 2:30 am 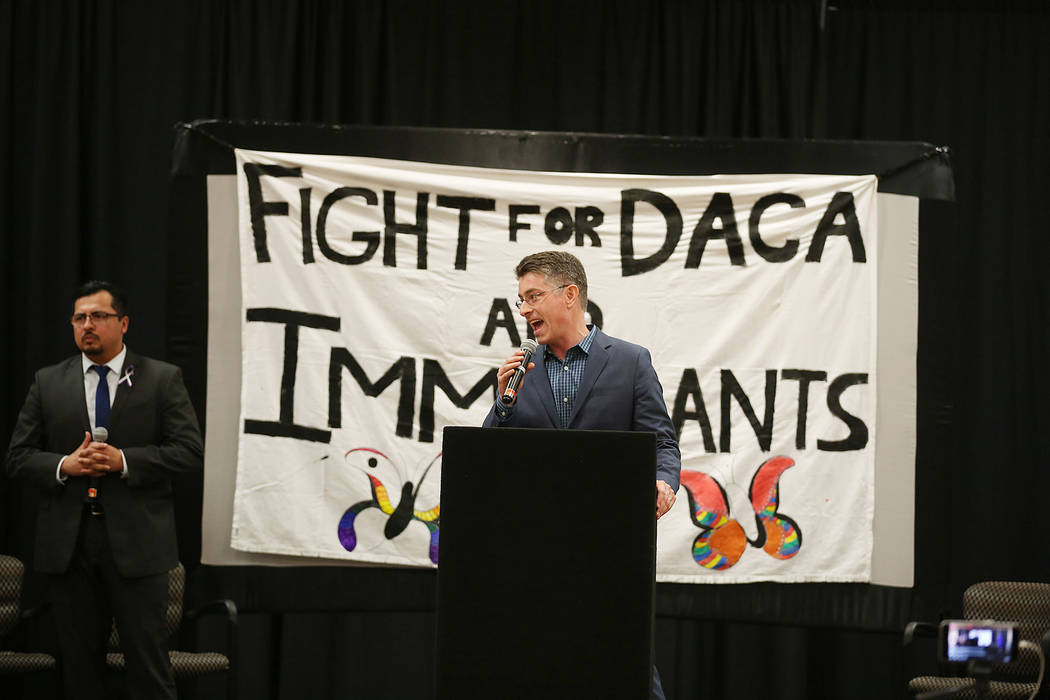 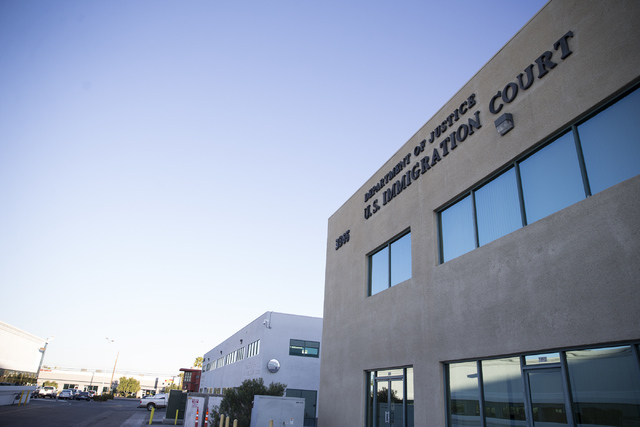 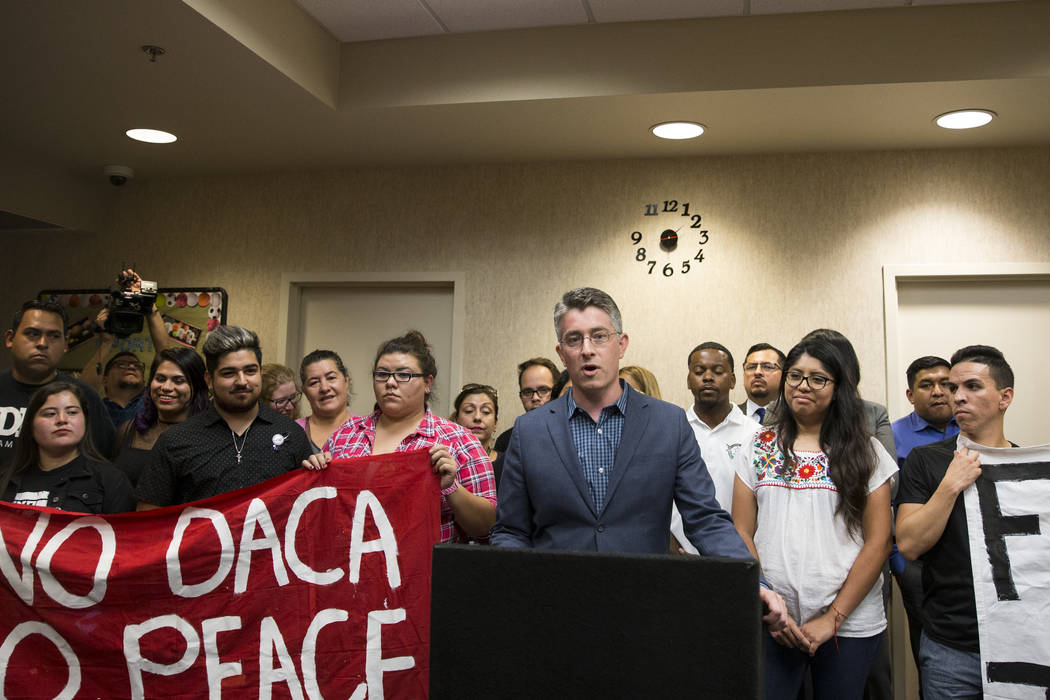 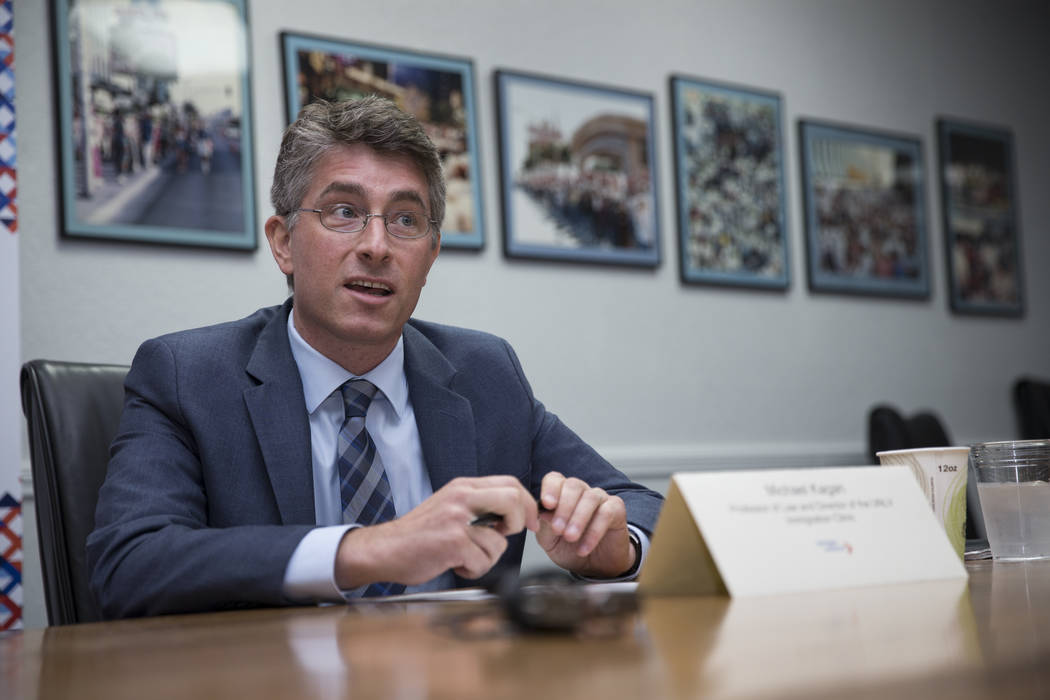 Nevada is doing better processing immigration cases involving minors than the nation as a whole, but nearly a quarter of all such cases filed in the state since 2009 are still pending, according to federal data released last week.

Much like the general backlog of deportation cases, the large load of cases involving minors continues to grow across the country, including in Nevada, the Transactional Records Access Clearinghouse, a data distribution arm of Syracuse University in New York, reported Thursday.

Of 1,470 immigration cases involving minors filed in the state since 2009, a quarter — 377 — are still pending, according to TRAC, which collects and analyzes data from the nation’s immigration courts. Nationally, about 37 percent of all such cases — 88,069 — have yet to reach a resolution.

Michael Kagan, director of UNLV’s Immigration Clinic, said the problem is simply one of resources.

“The immigration court is essentially a narrow pipe,” he said. “You can’t force an unlimited number of cases through it.”

The problem of unaccompanied minor immigrants illegally entering the country has grown in recent years, driven by violence in Central American countries that pushes desperate parents to send their children — from toddlers to teenagers — to the United States. The number of children from Central American countries has caught up to — or in some cases eclipsed — the number of youngsters from Mexico awaiting their day in immigration court.

The TRAC data show that Nevada also is doing a bit better than the nation at large by providing legal representation to 70 percent of undocumented immigrant children or teens seeking legal status in immigration court.

But Kagan, said leaving 30 percent of the children to fend for themselves in a legal setting can hardly be considered a bragging point.

“To ask a kid who doesn’t speak English to represent themselves and then to call it a fair process I think is simply ridiculous,” he said.

The Legal Aid Center of Southern Nevada and the UNLV clinic are among the few groups offering pro bono representation in deportation cases, which are typically more difficult and time-consuming than other legal immigration tasks like citizenship applications.

Having an attorney is key, as TRAC’s numbers show about 58 percent of unrepresented cases have ended in a removal order or voluntary departure, compared with 16 percent of cases with legal representation.

None of the approximately 50 cases involving minor undocumented immigrants handled by Kagan and his Immigration Clinic team since 2014 has ended in deportation. None went to court because there are alternative avenues for children to gain legal status, including a special immigrant juvenile visa.

“It’s not like the rules are being bent in favor of the kids,” Kagan said, “but there are some legal remedies that are available to kids that are not available to adults, and that’s recognizing when kids are coming to the U.S. alone, it’s often because they’re coming from something quite horrible.”

But neither is being under 18 a free pass: More than 400 minor immigrants who have landed in the court since 2009 — 30 percent of all cases — were either deported or left the country voluntarily.

The clinic has 114 cases open. That is a concern because the longer cases are open, the greater chance they will end in a deportation order, Kagan said.

The clinic has relied on funding from the Corporation for National and Community Service and the U.S. Department of Justice’s “justice AmeriCorps” grant, created to provide legal aid to undocumented immigrant children.

The grant runs out at the end of this month and won’t be renewed under President Donald Trump’s budget, Kagan said, so the clinic will rely on a five-year, $250,000 grant from Edward Bernstein and Associates, a Las Vegas personal injury law firm, to keep providing the service.

Kagan said he believes the immigration court backlog could be significantly reduced if immigration authorities truly focused on removing the undocumented immigrants with lengthy or serious criminal records.

“A system that functions this slowly really can’t perform the job it was designed for,” Kagan said. “We know it’s been getting worse and worse, and to me … it doesn’t serve anyone’s interest very well.”