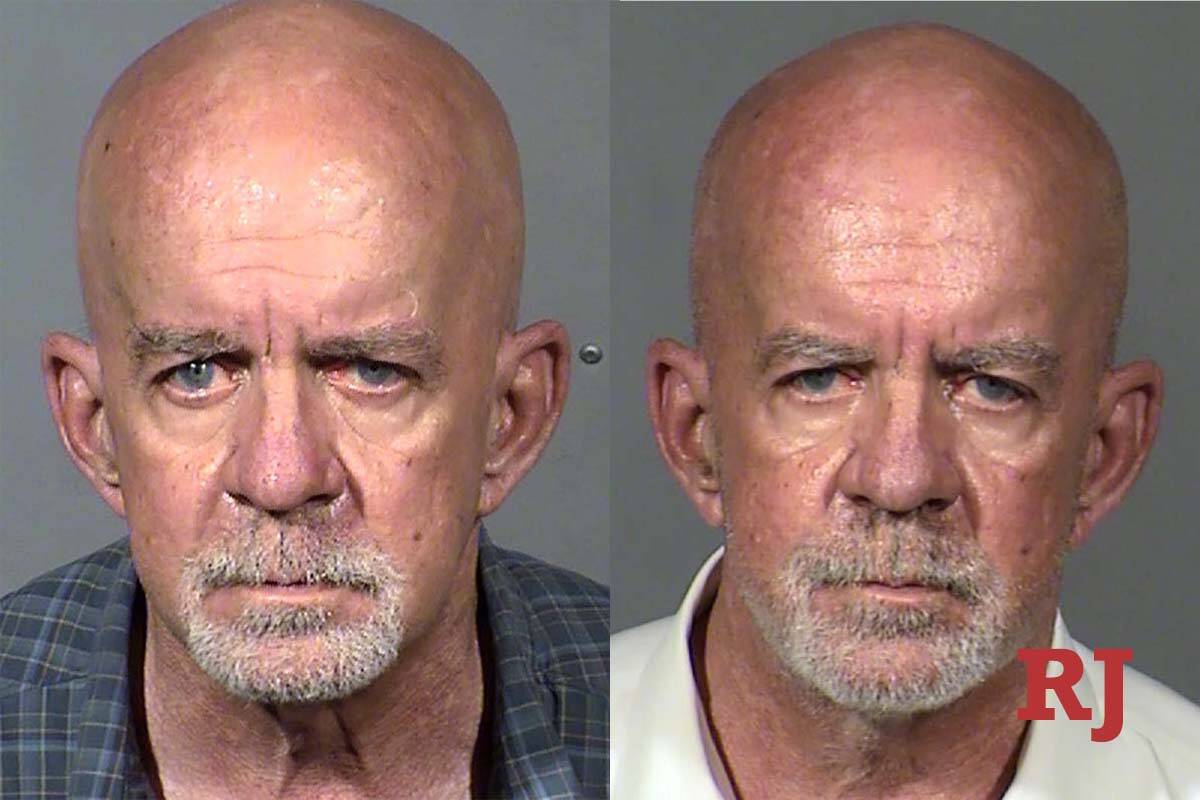 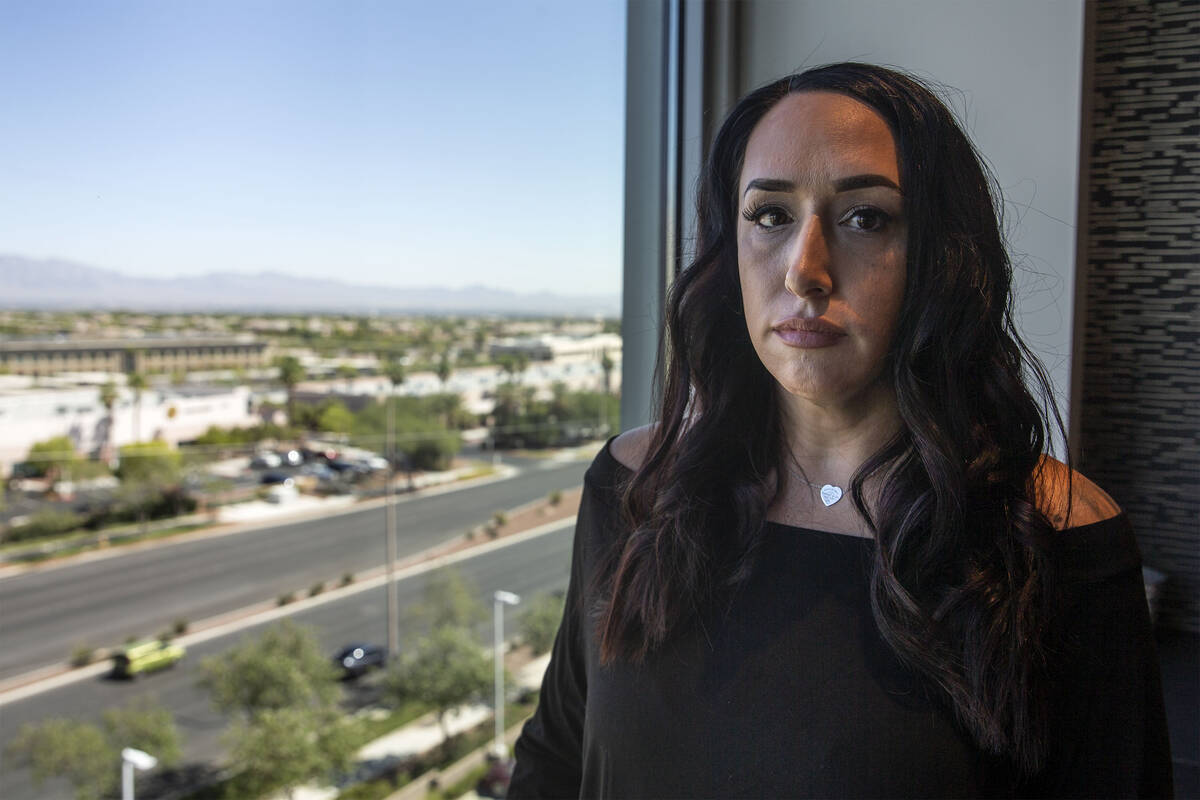 Erin Moltzen was injured in a crash in June. She and her husband are suing the other driver, attorney Brian James Smith, who was arrested on a DUI charge. (Ellen Schmidt/Las Vegas Review-Journal) @ellenschmidttt 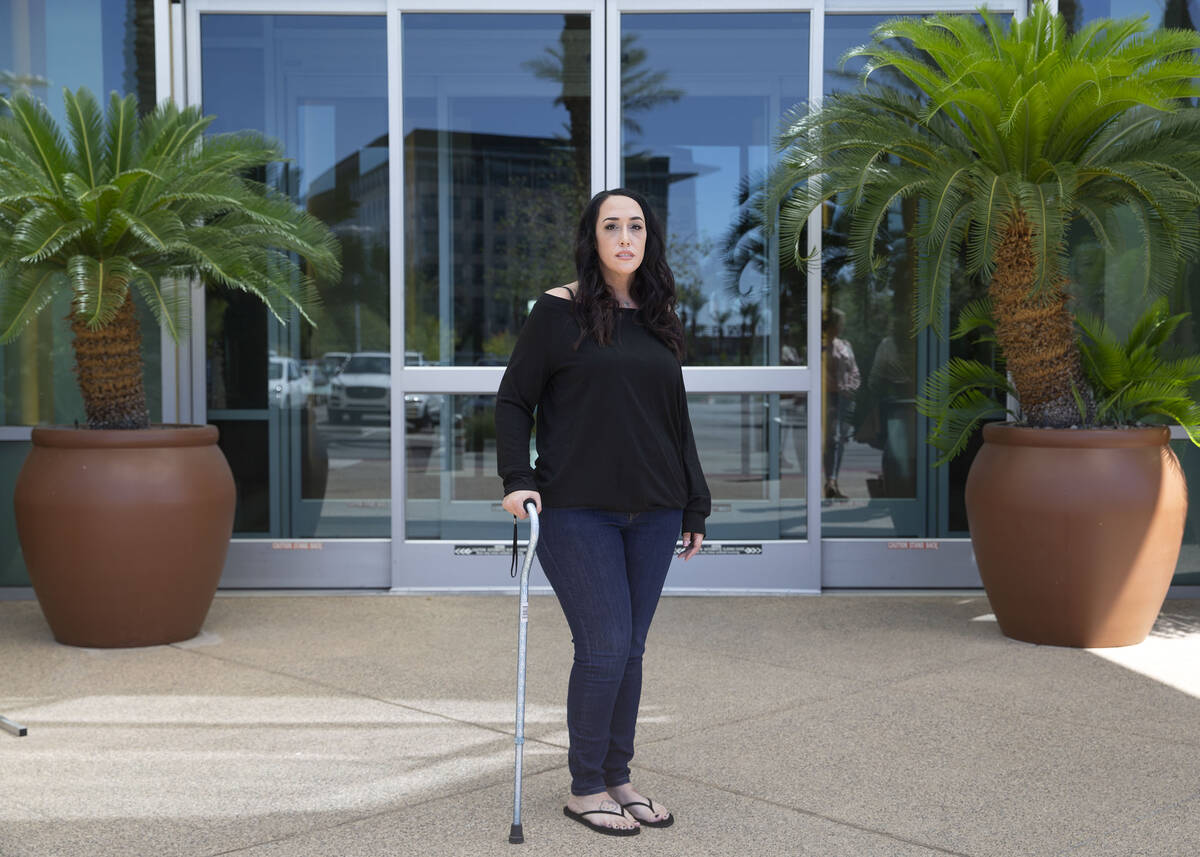 Erin Moltzen stands in front of the Prince Law Group offices on Friday, Sept. 3, 2021, in Las Vegas. In June, Moltzen was injured in a crash. She and her husband are suing the other driver, attorney Brian James Smith, who was arrested on a DUI charge. (Ellen Schmidt/Las Vegas Review-Journal) @ellenschmidttt 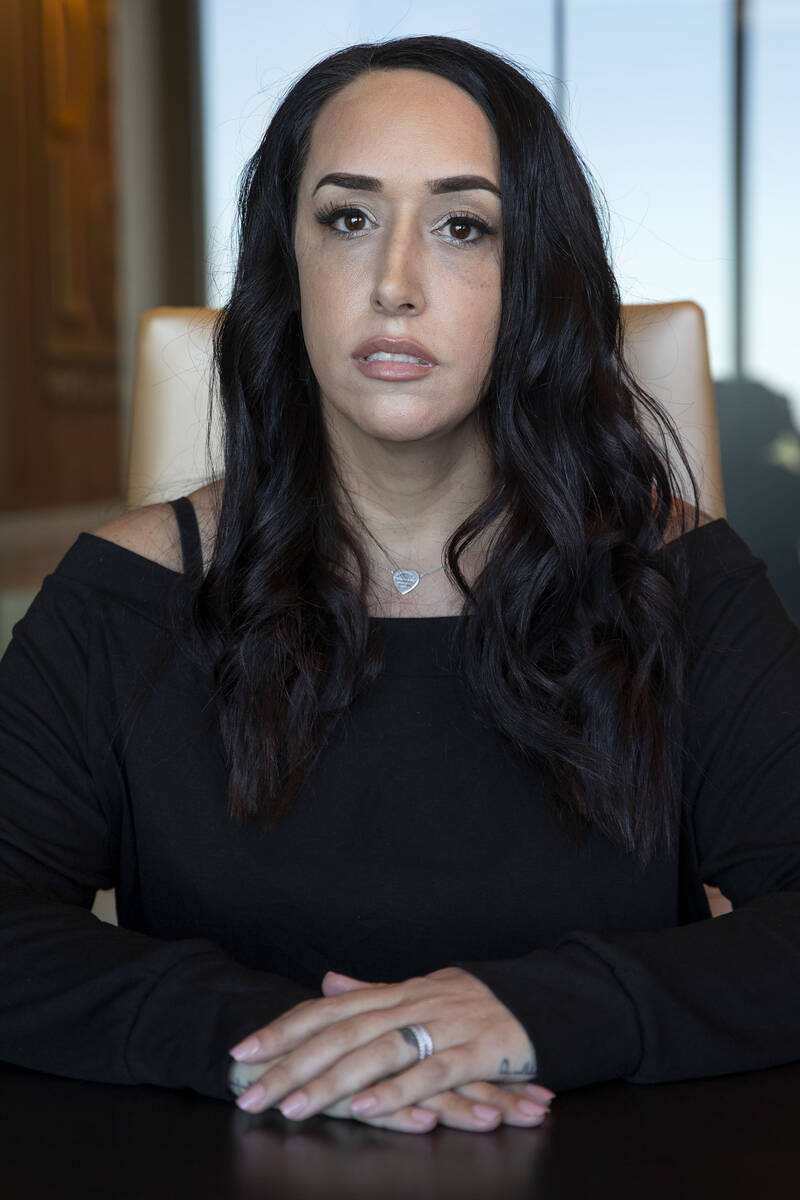 Erin Moltzen was injured in a crash in June. She and her husband are suing the other driver, attorney Brian James Smith, who was arrested on a DUI charge. (Ellen Schmidt/Las Vegas Review-Journal) @ellenschmidttt

A Las Vegas criminal defense attorney is facing a lawsuit after being arrested in two separate DUI cases.

Brian James Smith was arrested after a crash in June that left a woman with a traumatic brain injury and unable to work.

“I should not have survived this accident,” said Erin Moltzen, who says she now has trouble walking.

Smith, who has been licensed to practice law in Nevada since 2008, did not return requests for comment for this story. The State Bar of Nevada website shows that he has not faced disciplinary action.

At the scene, according to his arrest report, he told police he had one glass of wine with dinner at the nearby Born and Raised bar.

Two months after the collision, he was pulled over and arrested again after police said he was driving erratically with an expired tag and a flat tire, court records show.

He smelled of alcohol and had slurred speech and glassy eyes, his arrest report states.

After the second arrest, attorneys Katie Goldberg and Dennis Prince filed the lawsuit in Clark County District Court, accusing Smith of negligence. They are seeking damages for Moltzen’s injuries and treatments, as well as attorney fees.

On June 6, Moltzen was headed home on Warm Springs Road and Durango Drive after a trip to the grocery store. She was traveling east in the left lane on Warm Springs when Smith’s black Ford F-150 crashed into her Nissan Sentra, the complaint states.

The impact was so severe it caused her car to spin counterclockwise. Moltzen’s next memory is waking up hours later at University Medical Center, with her husband by her side. She turned 43 in the hospital.

Since the crash, Moltzen said, she has suffered from anxiety and memory issues, femur and tailbone fractures, and a muscle tear in her shoulder. She said she gets tired earlier and is unable to work her job as a dog groomer or take care of her four large Doberman pinscher dogs.

Her husband, Chris Moltzen, is now taking any and all overtime at his job to make up for the loss in income.

Smith is set to appear in court on the criminal charges Dec. 6.