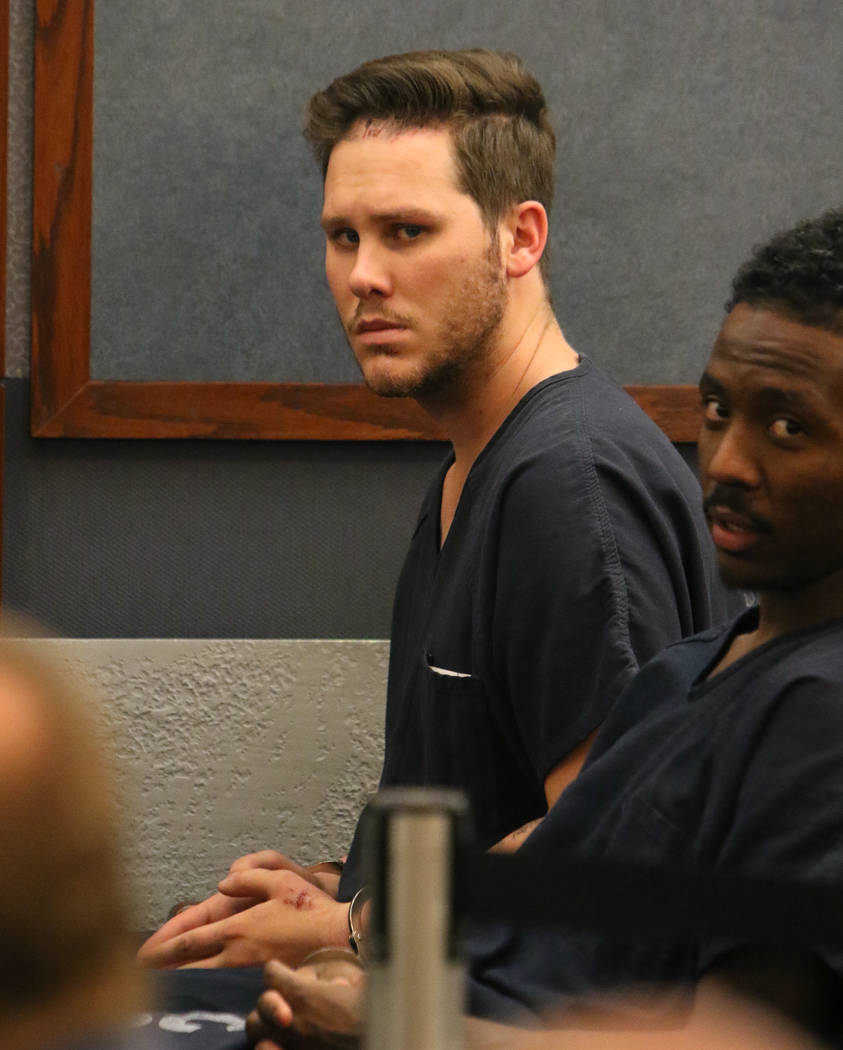 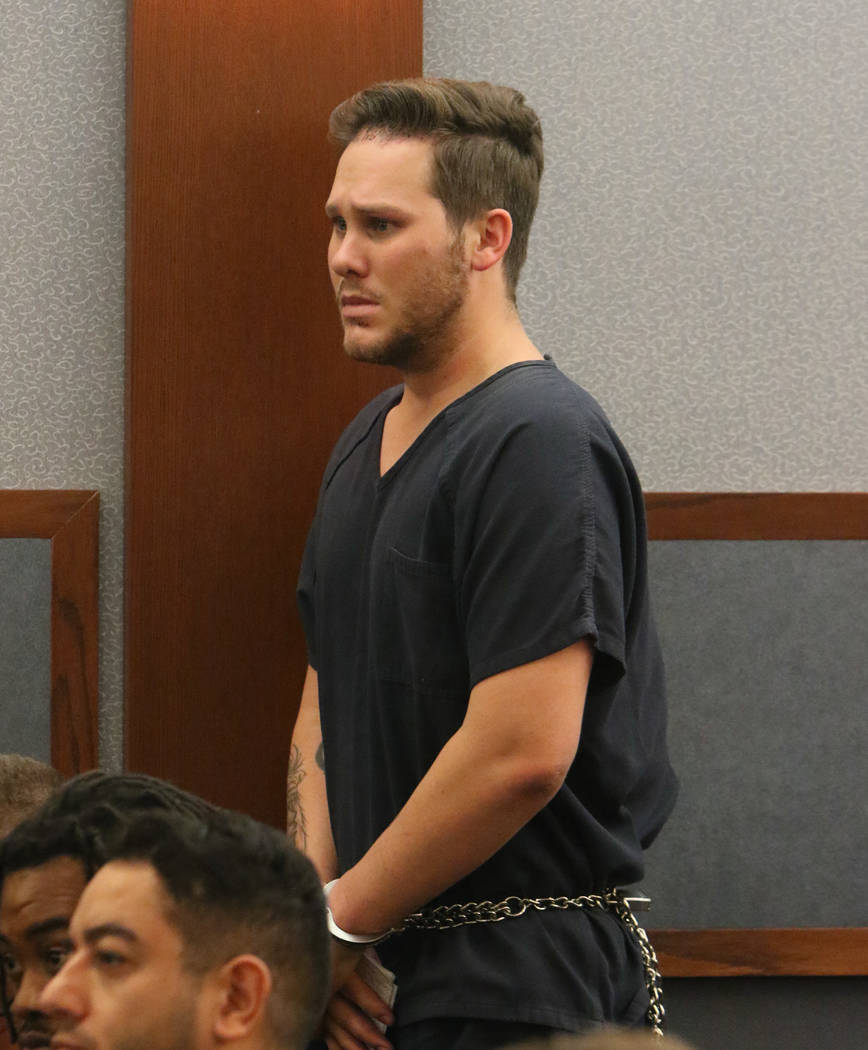 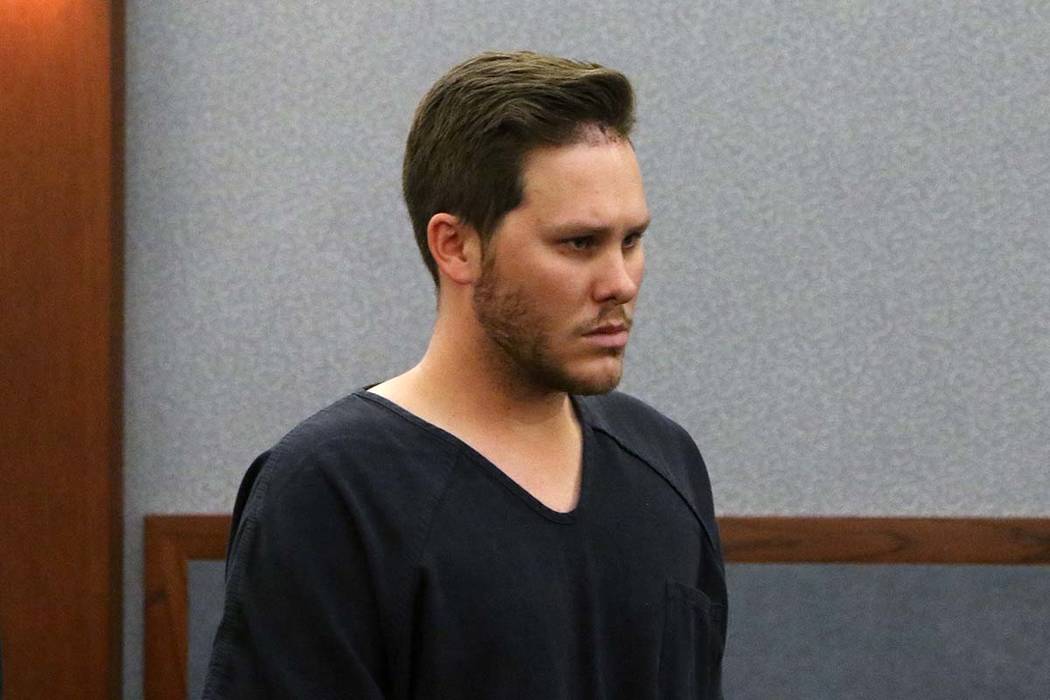 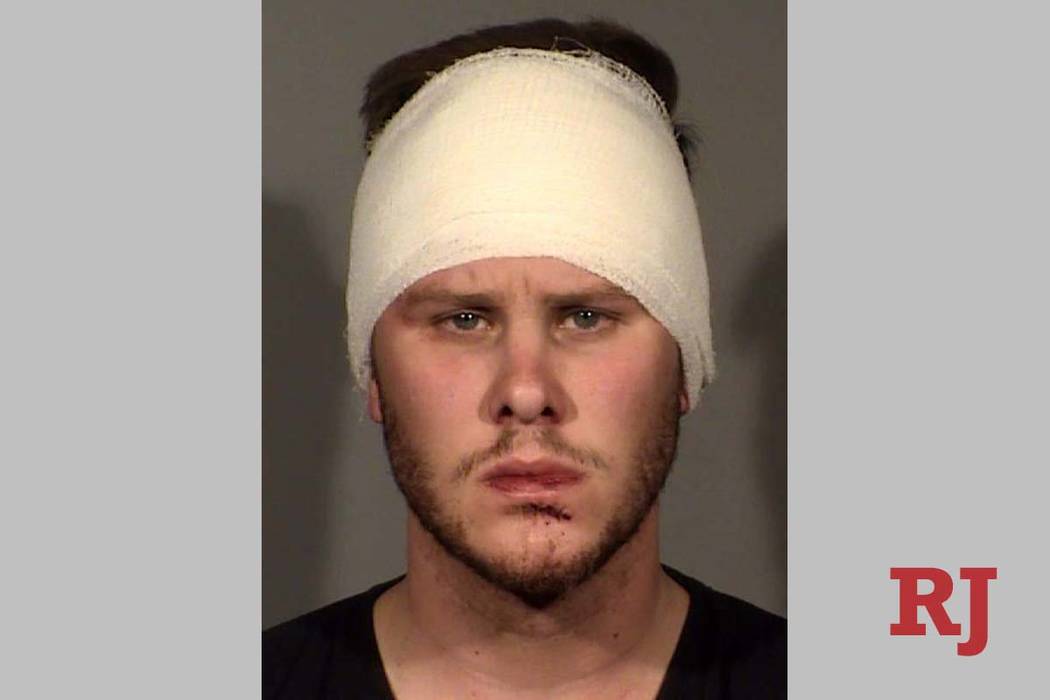 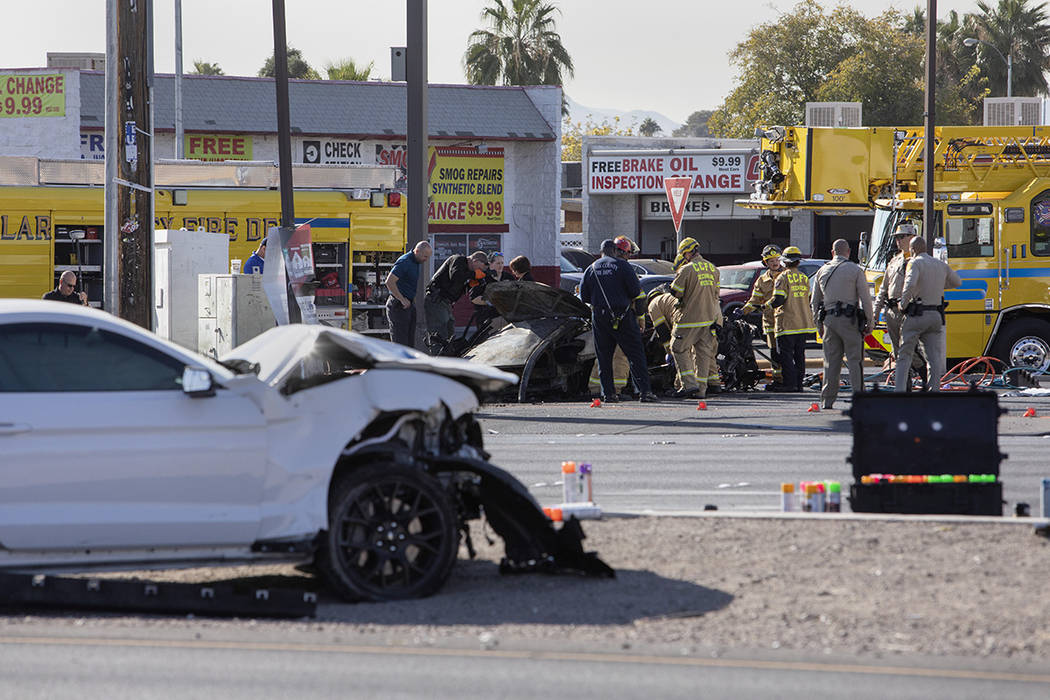 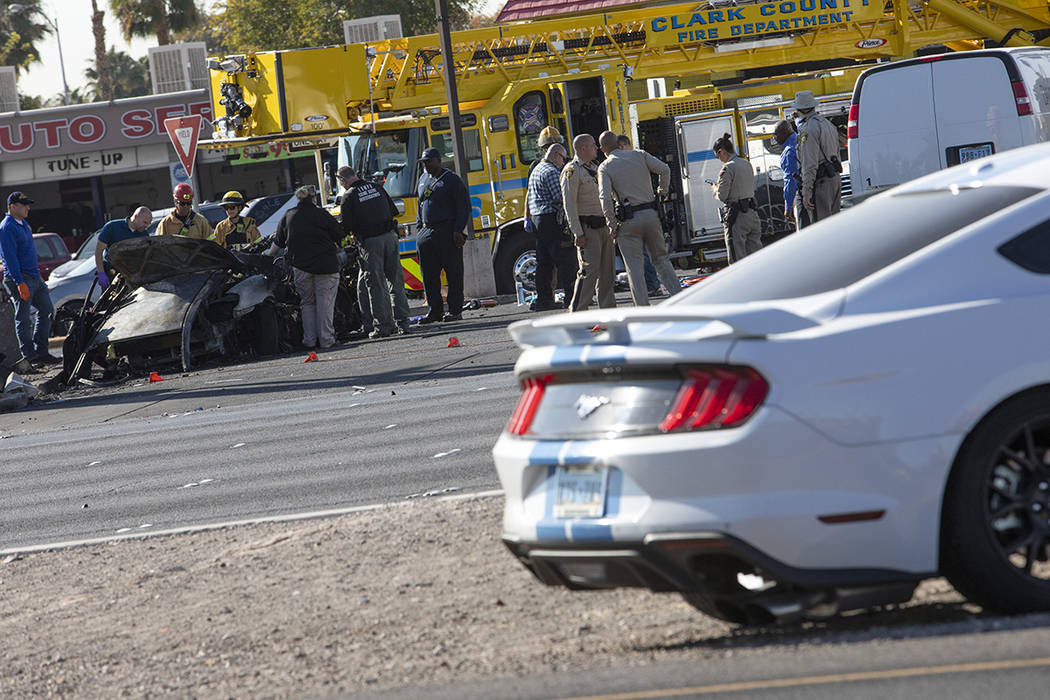 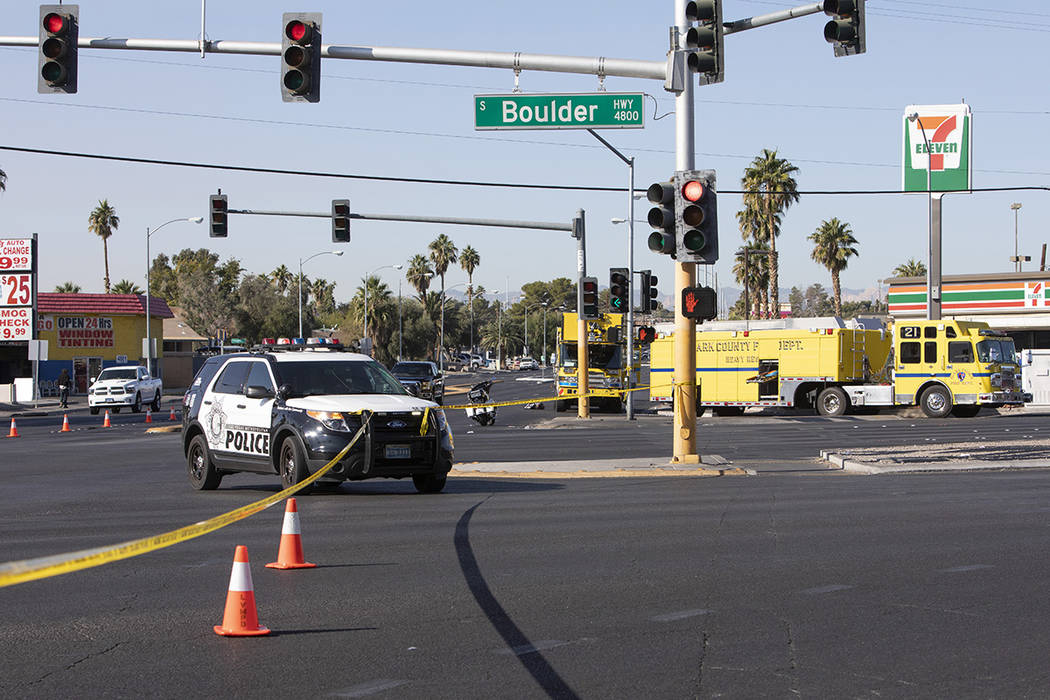 Second-degree murder charges have been filed against Aaron Kruse, the DUI suspect in a fatal crash on Saturday that left two people dead.

Two counts of second-degree murder with the use of a deadly weapon were filed Wednesday in Las Vegas Justice Court, records show. He initially faced charges of DUI resulting in death and reckless driving.

His arrest report indicates the 24-year-old Las Vegas man admitted to investigators that he’d been drinking prior to the crash.

According to the report, Kruse smelled of alcohol when he was taken into custody by Metropolitan Police Department officers at the scene of the 3 a.m. crash on South Boulder Highway, north of East Flamingo Road. Police said Kruse was driving a white 2019 Ford Mustang at a high rate of speed, headed south on Boulder Highway, when it slammed into the rear of a 2006 Toyota Corolla.

The Toyota caught fire, killing 45-year-old Norma Rosario Ortiz of Las Vegas and a second person in the car who hasn’t been identified. The victims could not be pulled from the car because of the fire.

Kruse was taken to Sunrise Hospital and Medical Center after the crash. An officer made contact with Kruse and said “Kruse’s eyes (were) extremely red, and Kruse had a strong odor of alcohol coming from his breath.”

A search warrant was obtained, and two blood samples were drawn.

“Kruse knew that he was involved in a collision but could not recall the details of the collision.”

Kruse’s bail was set at $250,000 bail. He was scheduled for a Las Vegas Justice Court appearance Wednesday morning.

A previous version of this article incorrectly identified the victim.