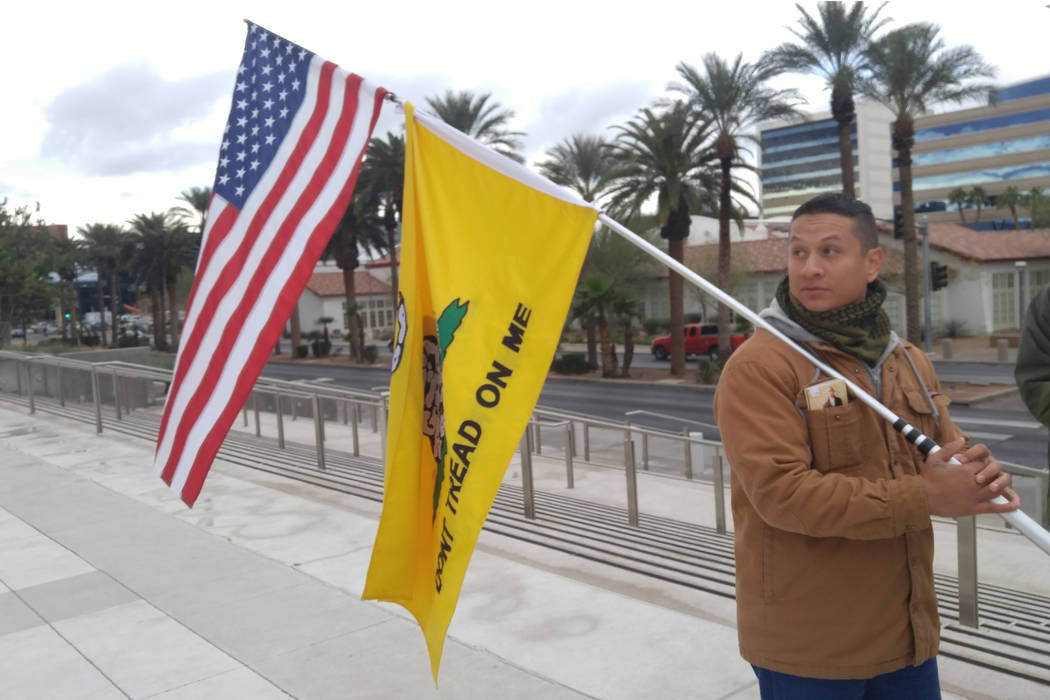 Joshua Martinez, 28, of Las Vegas, stands outside the Lloyd D. George U.S. Courthouse on Friday to show support for Ryan Bundy, who was in court. (Ben Botkin/Las Vegas Review-Journal) @benbotkin1 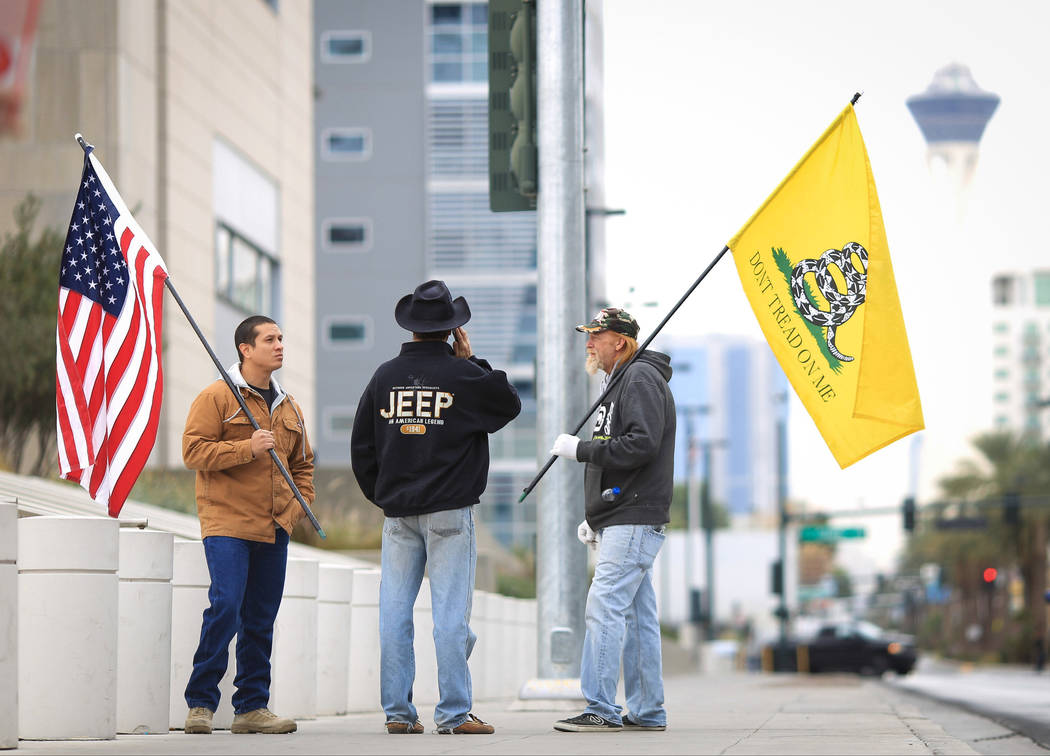 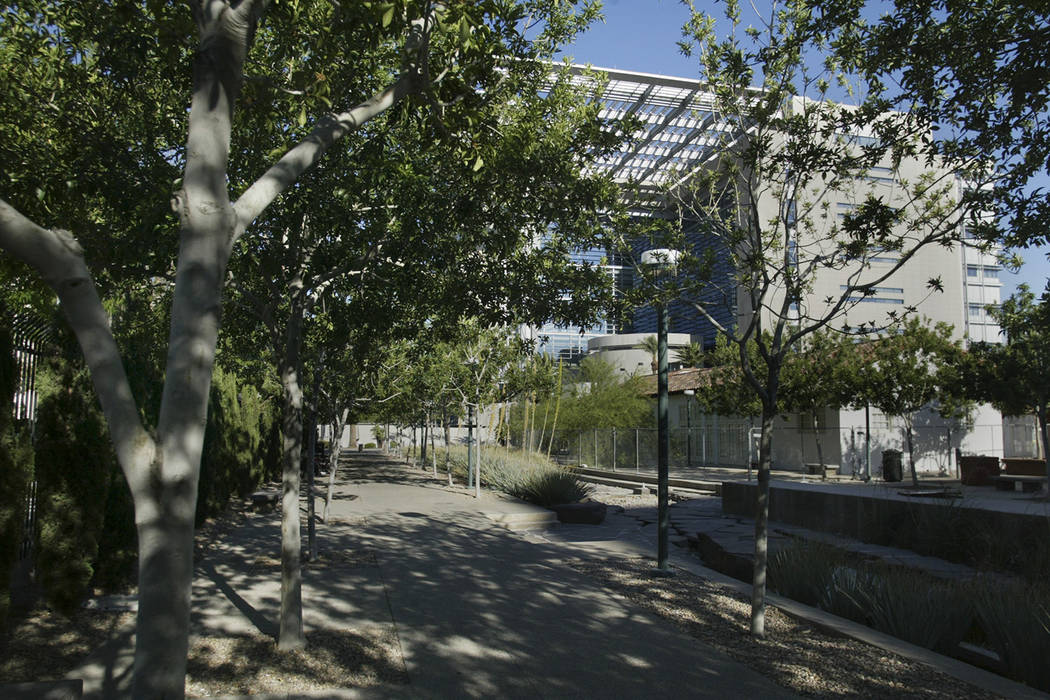 Joshua Martinez, 30, was found guilty Tuesday of one count of creating a disturbance on federal property, a department release said. He was fined $500 and ordered to stay away from the Lloyd George U.S. Courthouse, 333 Las Vegas Boulevard South, for a year.

Martinez had created multiple disturbances at the courthouse between February 2017 and August, the release said, and had been arrested twice. He also was told to leave the property on two other occasions because of his behavior, which included loitering, shouting at security officers, filming inside the building, obstructing the courthouse’s entrance and impeding official duties, the release said.

On Aug. 1, Martinez refused to leave the courthouse property and “yelled derogatory terms at the officers” after attempting to enter the building, which lead to his latest arrest and conviction Tuesday.