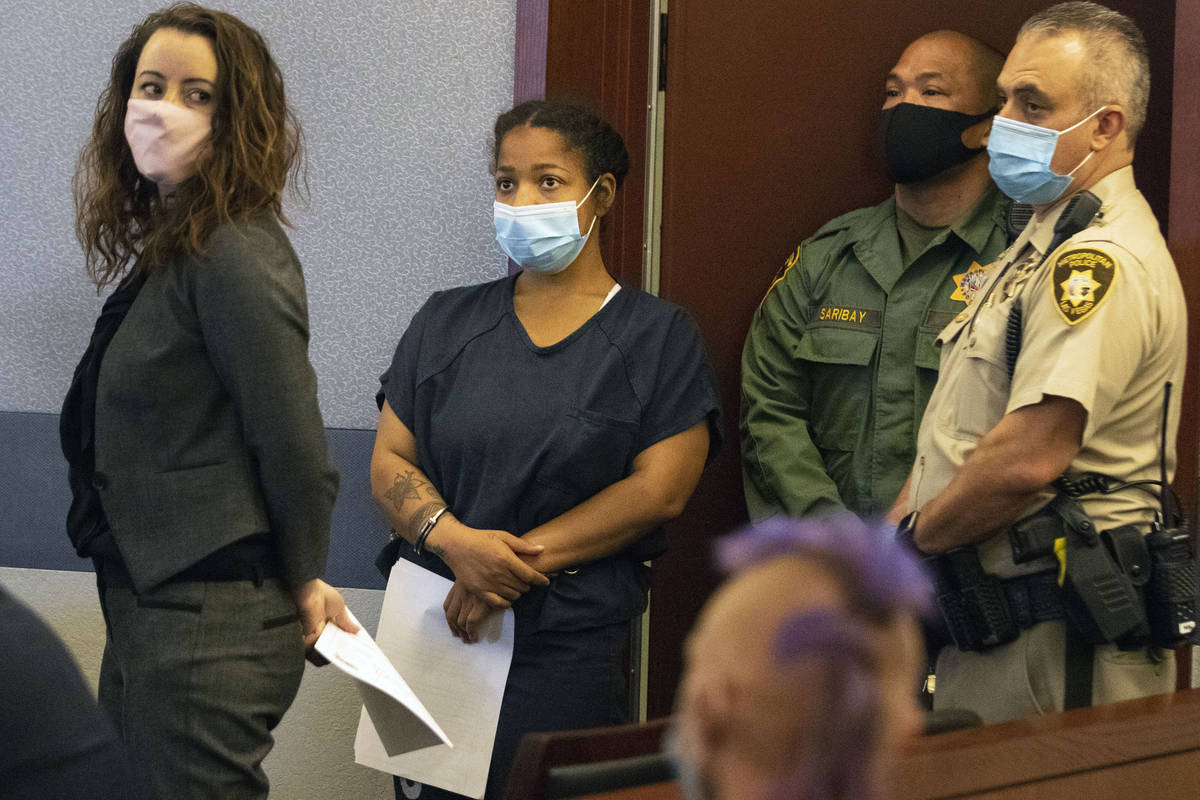 Amanda Sharp-Jefferson, second left, charged with murder in connection with the death of her 1-year-old and 2-month-old children, appears in court at the Regional Justice Center, on Tuesday, Nov. 10, 2020, in Las Vegas. (Bizuayehu Tesfaye/Las Vegas Review-Journal) @bizutesfaye

A Las Vegas woman charged with killing her two young daughters was found incompetent to stand trial on Monday.

Sharp-Jefferson was arrested last month on two counts of open murder after her boyfriend, Jaykwon Singleton, said he came home to find her at the apartment with their daughters, Rose, 1, and Lily, 2 months, stacked on top of each other in a baby swing, both dead, according to an arrest report.

One doctor who evaluated Sharp-Jefferson at the Clark County Detention Center determined that she was incompetent, while another was unable to make a determination because the defendant refused to participate in an evaluation, the judge said.

Authorities have said that Amanda Sharp-Jefferson, 26, told the father of her children that the babies’ organs would be “worth a lot of money.”

Singleton told police that the couple had been together since 2018 and had not had any problems in their relationship until Sharp-Jefferson recently “started talking about the altar spirit world,” the report stated.

The father said he returned home at 1064 Sierra Vista Drive on Nov. 6 and realized the girls were unresponsive. He told police that Sharp-Jefferson “kept shushing him and, at one point, made a statement that their organs were worth a lot of money,” according to the report.

Sharp-Jefferson told police that she believed she had been set up, that she did not have any children and she did not know Singleton.