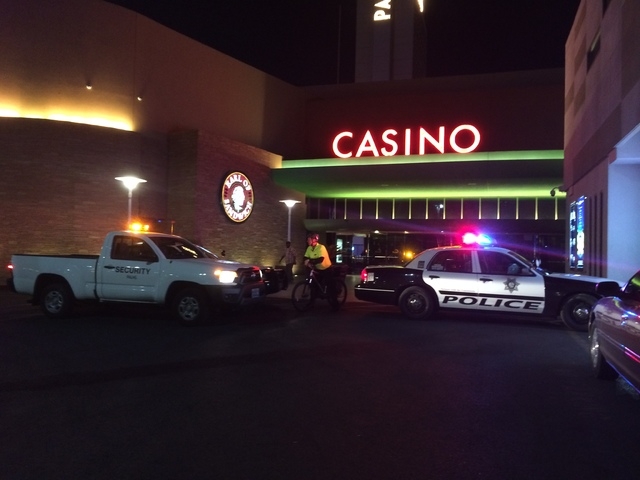 Las Vegas police have arrested a man who they say was involved in Thursday night’s shooting at the Palms.

The shooting happened Thursday around 9:30 p.m. Police responded to the Fantasy Tower in the Palms. Upon arrival, they found Henderson resident Evan Plunkett suffering from one gunshot wound to his chest, police said.

Plunkett was taken to University Medical Center in critical condition and later died.

The shooting happened during a party with about 50 attendees, police said. They think Punkett got into an argument with three other men before he was shot. The three men were gone when police arrived at the hotel, which temporarily was locked down after the shooting.

The Las Vegas police’s homicide department is investigating the shooting. There were no more details available Sunday evening regarding how police found Johnson.

The Palms released a statement earlier in the weekend, referring questions about the shooting to Las Vegas police.

“We are saddened by this unfortunate, isolated incident and our thoughts are with the victim’s family and friends,” the statement said. “The safety and security of our guests and team members are always our No. 1 priority.”

Johnson will appear in court Tuesday morning and is being held without bail until then on a charge of first-degree murder.