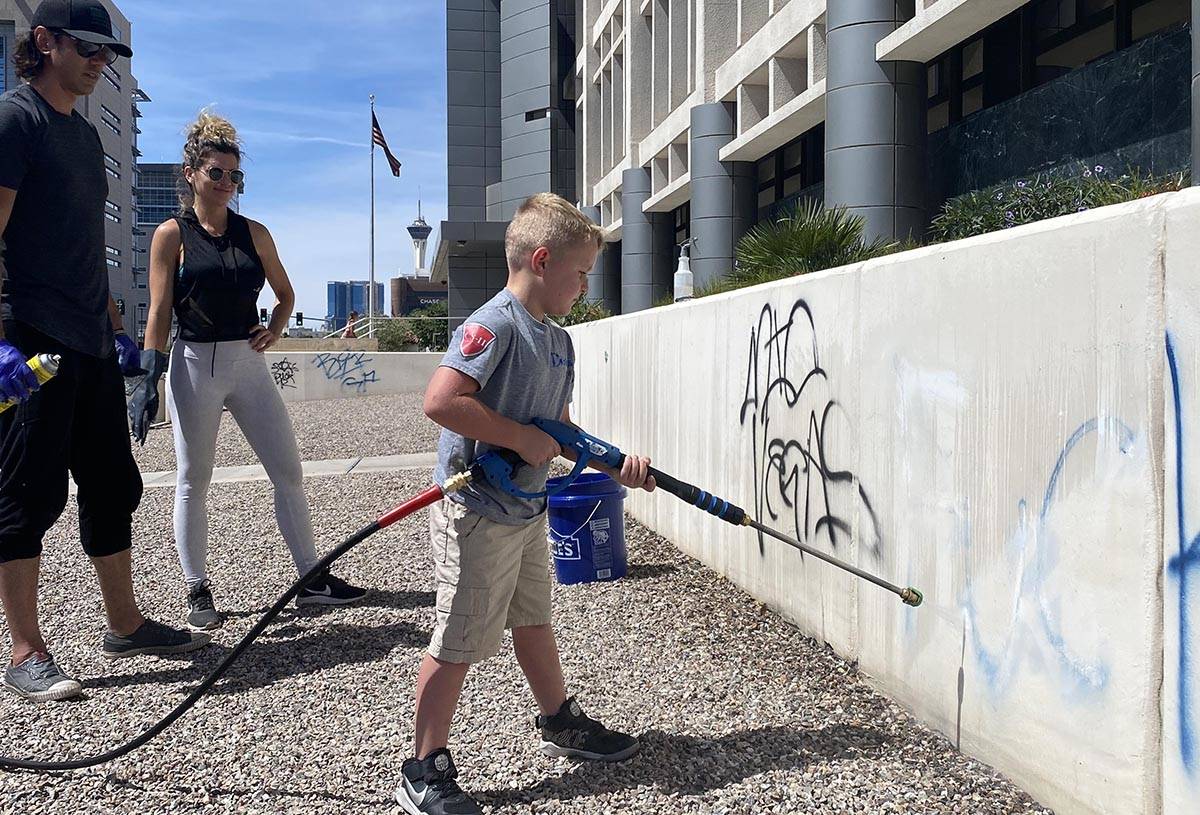 A group of volunteers joined on June 1, 2020, to clean up the defaced exterior of the Foley Federal building at 300 Las Vegas Blvd. South. (Glenn Puit/Las Vegas Review-Journal) 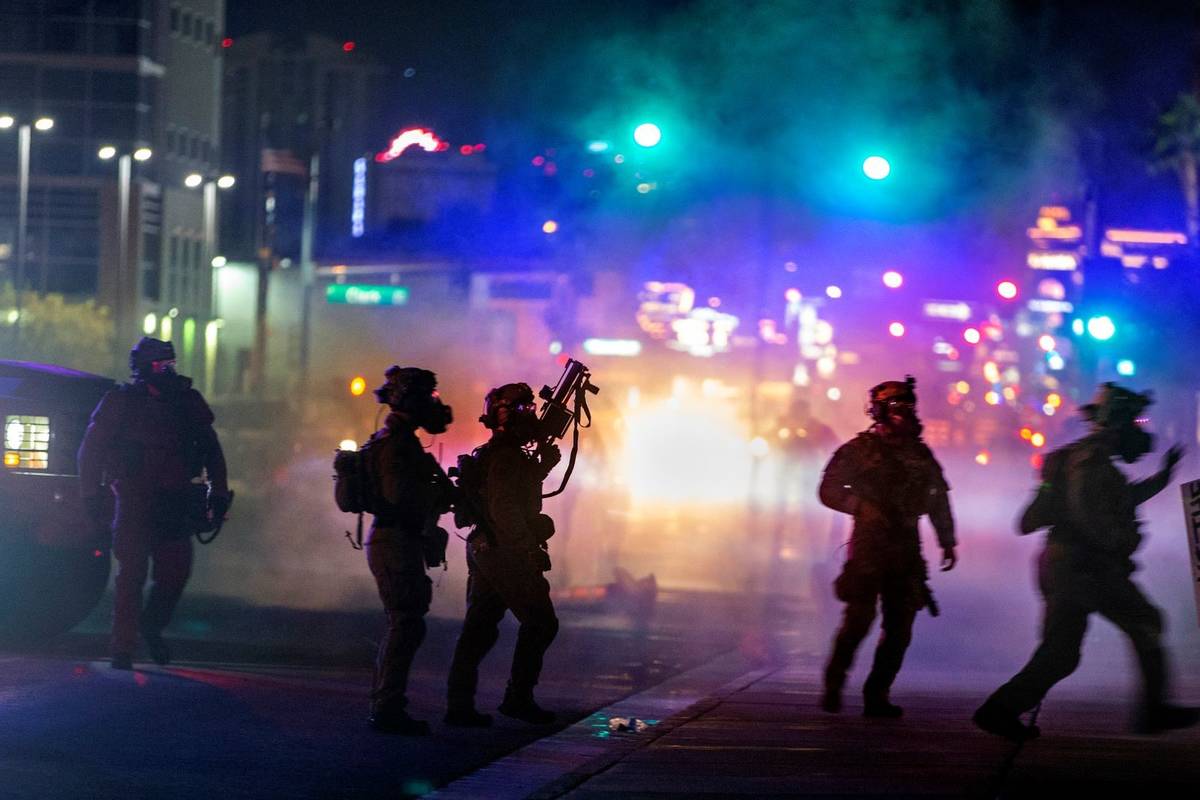 Las Vegas police are engulfed in tear gas during a protest along Las Vegas Boulevard on May 30, 2020, in Las Vegas. (L.E. Baskow/Las Vegas Review-Journal)

A Las Vegas woman was sentenced this week to three years of probation and six months of house arrest for defacing federal property last year during a Black Lives Matter demonstration.

Alexander Kostan, 22, pleaded guilty in April to one count of depredation against property of the United States. She is one of six people who were charged with defacing the Foley Federal Building on Las Vegas Boulevard on May 30, 2020.

“My client is able to go out and continue to advocate on the issues that she is passionate about, and was encouraged to do that by the district judge, with the understanding that there is a line that shouldn’t be crossed,” defense attorney Robert Langford said after Thursday’s sentencing hearing.

Around 10 p.m. May 30, 2020, demonstrators spray-painted obscenities and anti-police slogans on the four-story federal building and the U.S. courthouse on Las Vegas Boulevard, according to court documents. The landscaping around the federal building also was set on fire.

On the east side of the Foley Federal Building, Kostan and others repeatedly kicked the windows and doors and broke the windows with hammers, metal bars and the metal letters torn from the building’s sign, records show.

The demonstrators were captured on video surveillance and on multiple social media posts. During the event, a federal security officer witnessed the damage and attempted break-in.

Prosecutors said the crowd outside saw him in the lobby and chanted, “Get him! Get the cop!”

Kostan received the minimum sentence the judge could impose. Prosecutors had asked U.S. District Judge Andrew Gordon to impose a sentence of at least one month in prison and three years of probation.

Langford said Kostan also is jointly liable for about $71,000 in damage to the building.

Also liable is Reginald Lewis, 20, who pleaded guilty and received the same sentence on June 1.

Two others — Kelton Simon, 35, and Alejandro Avalos, 28 — also have pleaded guilty and are awaiting sentencing.

Keion Joe’l Cherry, 25, and Jeanette Wallace, 35, are awaiting trial. Keith Moreno, 29, is charged with defacing a federal building at a protest in Reno last year and also awaits trial.