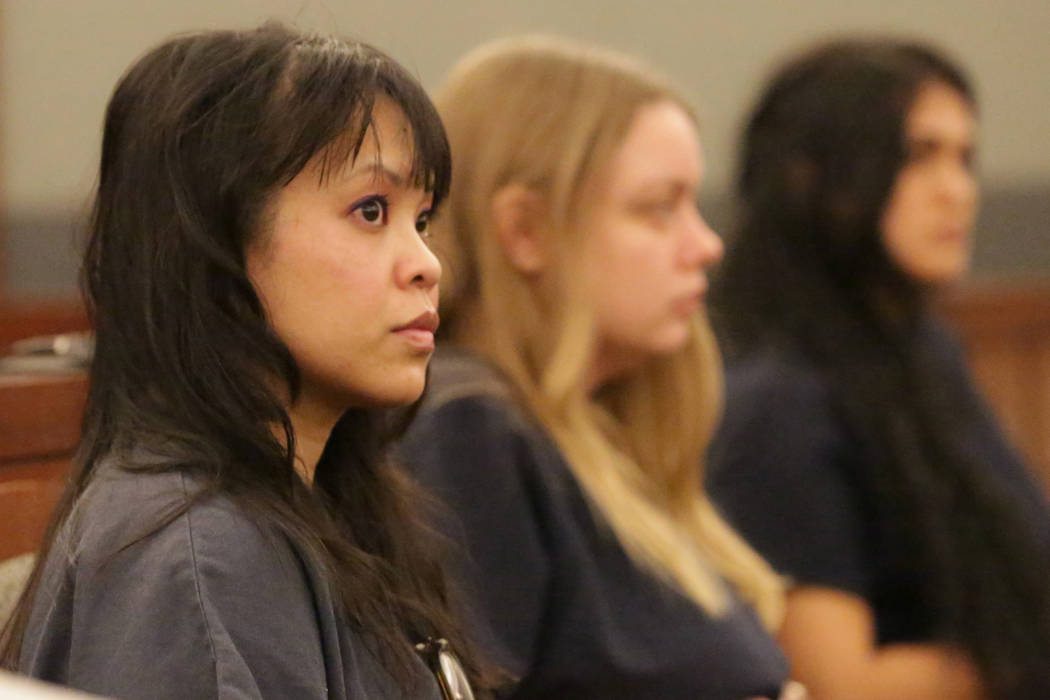 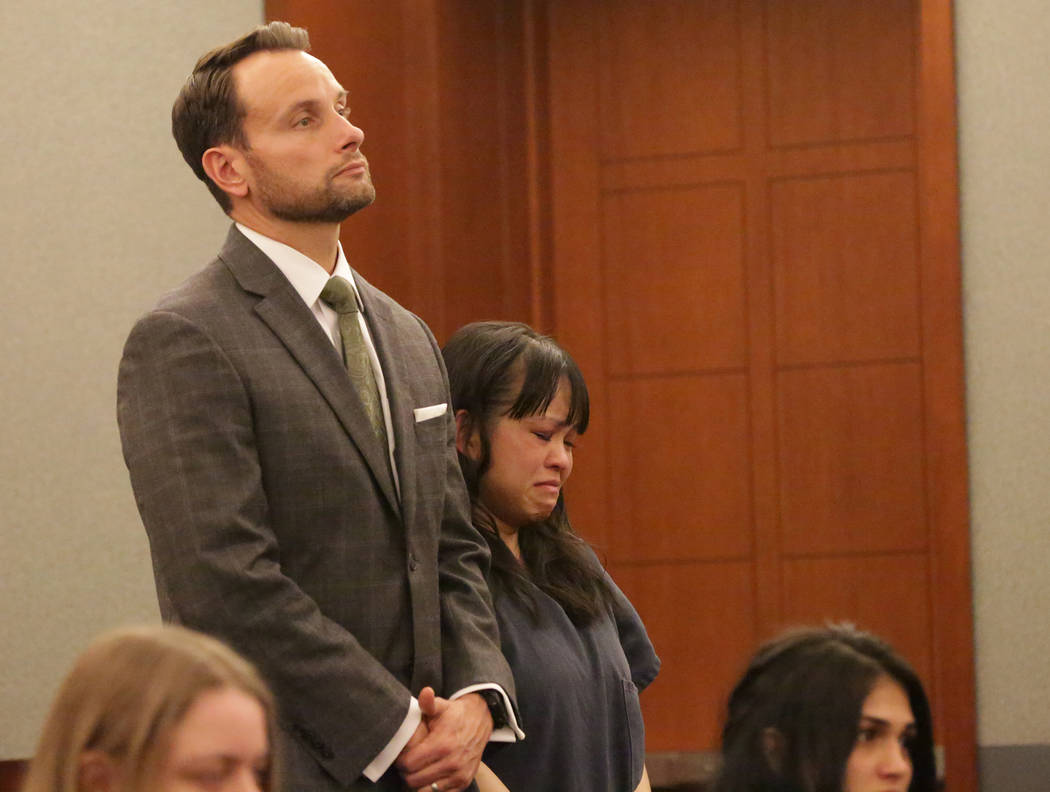 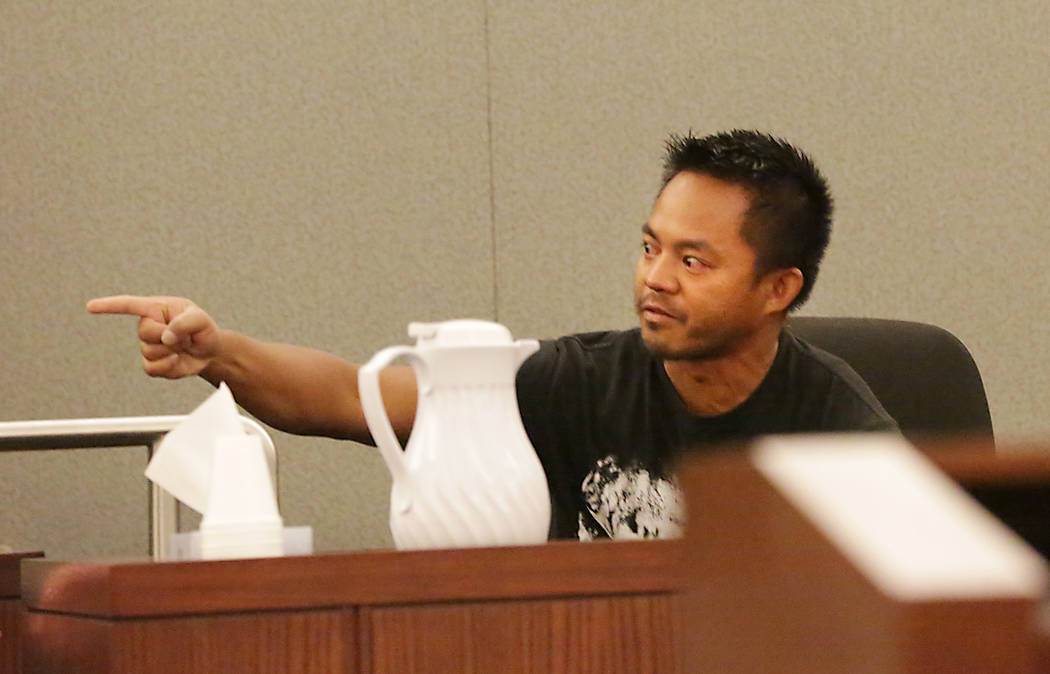 Aristeo Indico, whose wife Ashley was murdered by his sister Elinor Indico, points to his sister while on the stand during her sentencing trial at the Las Vegas Regional Justice Center on Tuesday, June 26, 2018. Michael Quine Las Vegas Review-Journal @Vegas88s 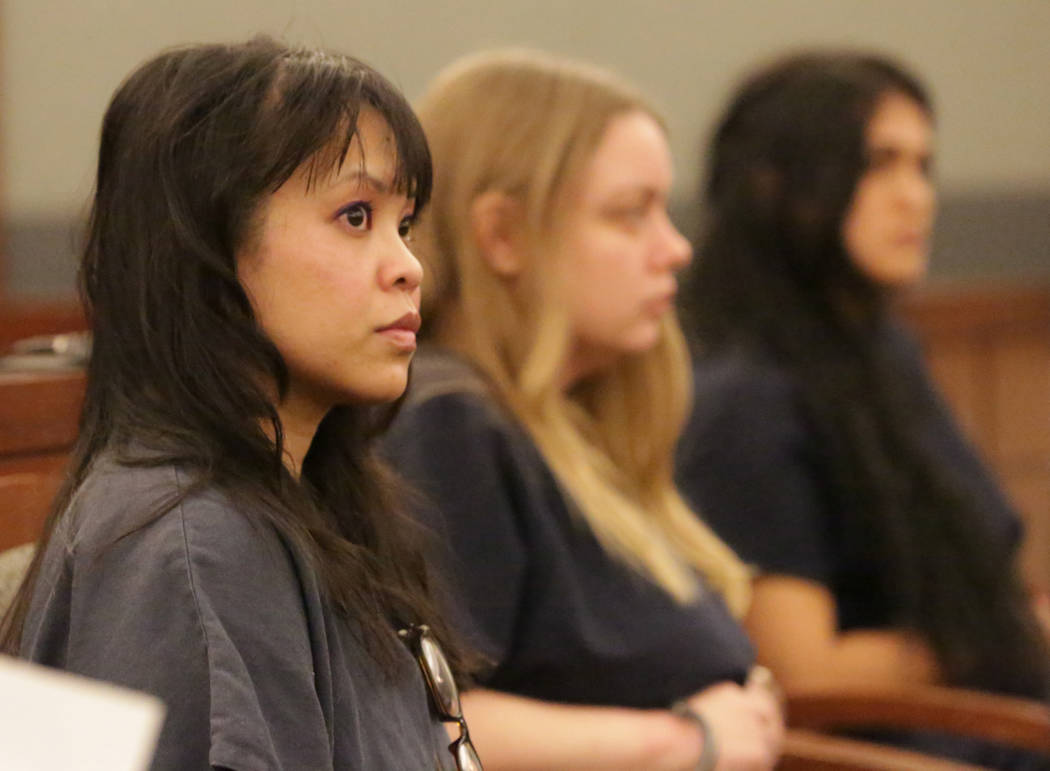 From a Las Vegas courtroom witness stand, Aristeo Indico turned toward his handcuffed and shackled sister, whom he said he loved.

Yet a contrast of emotions oscillated inside him Tuesday, as his voice swelled.

Less than two months prior, Elinor Indico had been convicted by a jury of fatally stabbing her brother’s wife, 26-year-old Ashley Indico, who was nine months pregnant, in October 2013.

But Chief Deputy District Attorney David Stanton, who repeatedly called the murder “disturbing,” asked for a maximum sentence that allowed Elinor Indico, who had no previous criminal history, a chance at parole. At least one of Ashley Indico’s children who witnessed the killing was old enough to process what had happened, the prosecutor said.

Defense attorney Josh Tomsheck pointed to the defendant’s “overwhelming remorse and sadness” in a “tragic case.”

Elinor Indico wept as she read from a statement.

“I am ashamed and disappointed in myself,” she said, asking for leniency. “But I stand here ready to take accountability for my actions.”

District Judge Valerie Adair ordered the 35-year-old to life behind bars with the possibility of parole after 25 years, handing down consecutive sentences for one one count each of murder with use of a deadly weapon, manslaughter of an unborn child and child abuse.

Days before the killing, Aristeo Indico had asked his sister to move out of the couple’s apartment near Rancho Drive and Decatur Boulevard, because they caught her using drugs and watching inappropriate television around their children. The quarrel between sister-in-laws culminated on Oct. 16, 2013, when Elinor Indico stabbed the pregnant woman at least 14 times with a double-edged “ninja” knife, also killing unborn Anthony.

The killer immediately tried to cover her actions, saying that she had acted in self-defense, pointing out her own superficial wounds to authorities, the prosecutor said.

Outside of court on Tuesday, Aristeo Indico told reporters he would struggle for years with the deaths of his wife and unborn son, along with trying to grapple with his sister’s prison sentence, as he expected to be contacted whenever she is eligible for parole.

He said he did not believe that his sister, who had reached out to him from jail, was truly remorseful.

“I know who she is and what she’s all about,” he said, “unless she proves herself otherwise.”