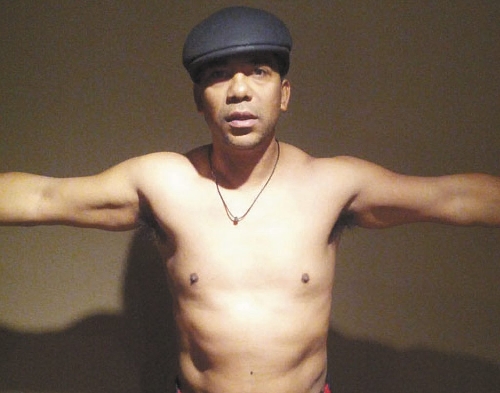 Chaos around Nevada Assemblyman Steven Brooks intensified Friday as he was placed in protective custody after police found him “handling a sword” at a relative’s home and his friend and political mentor Ricki Barlow accused North Las Vegas police of bungling their investigation into allegations of threats by Brooks to harm Assembly Speaker Marilyn Kirkpatrick.

In a three-page open letter sent to the media Friday, Barlow’s attorney, Adam Levine, wrote that his client describes Brooks as a friend “suffering from mental illness” and disputed the notion that Brooks ever threatened Kirkpatrick, an accusation that landed the lawmaker in jail Saturday and has him facing a felony charge of threatening a public official.

“There is now reason to believe that no such threat was ever made,” Barlow’s attorney wrote.

North Las Vegas Police Department spokesman Sgt. Tim Bedwell responded to the letter, saying, “We don’t argue cases in public, we document evidence. This is in the hands of the prosecutors.”

The Barlow letter landed near the end of a chaotic day that included the following:

■ Kirkpatrick, D-North Las Vegas, making light of the incident in Carson City by mimicking the pose.

■ North Las Vegas police reporting they were investigating about 10 incidents from the past year in which Brooks had spats with neighbors that led to calls to police.

■ An encounter with Las Vegas police, who said Brooks was “exhibiting erratic behavior” that prompted them to turn him over “to have a medical evaluation performed to prevent harm to himself or others.”

In a statement, police said Brooks “became engaged in a domestic disturbance” and “was exhibiting what was described as bizarre behavior.”

Las Vegas police spokesman Jose Hernandez said Brooks told police the sword was in the house, turned it over peacefully and did not use it in a threatening matter.

Brooks was not arrested but turned over to the custody of medical responders who transported him for an evaluation.

Mitchell Posin, Brooks’ attorney, did not respond to requests for comment on the matter.

While the incident with police Friday didn’t end in arrest, Brooks is still facing a felony charge in North Las Vegas over the allegations of threatening Kirkpatrick.

The Barlow letter is significant to the North Las Vegas case because it challenges the basis of the charge against Brooks.

In the declaration of arrest against Brooks, police say Barlow and state Sen. Kelvin Atkinson, D-North Las Vegas, indicated the Assemblyman could be a danger to Kirkpatrick, who reported the allegation to police.

Not only does the Barlow letter dispute the threat, it includes an email that appears to show Atkinson denying that he said Brooks threatened Kirkpatrick. The Atkinson email is dated Jan. 21, two days after Brooks’s arrest.

Atkinson did not respond to attempts to reach him Friday.

Bedwell said the letter and emails don’t change the facts of the case. He reiterated that witnesses told police they believed Brooks had directed threats toward Kirkpatrick and was driving around with a gun.

The fact police found Brooks with a gun where witnesses said he would be shows the reports were credible and the arrest justified, Bedwell said.

“That’s how simple this case is,” he said.

In addition to the investigation of the threat, North Las Vegas police are reevaluating previous incidents between Brooks and his neighbors from the past year.

Bedwell said before police learned about threats against Kirkpatrick on Saturday, Brooks called police and told them his bank card had been taken by a man who withdrew more money than authorized. The man also took some of Brooks’ property, he said.

Despite Brooks’ claim in a Friday Review-Journal article, police do not have a report about him being beaten by gangsters.

“We have no report from Brooks that he was attacked by gang members,” Bedwell said.

In Carson City, Kirkpatrick downplayed the Brooks issued and attempted to focus attention on the upcoming legislative session that starts Feb. 4.

At one point she mimicked a shirtless photo of Brooks that appeared in the Review-Journal with an interview in which he vowed to attend the upcoming legislative session despite accusations he threatened to harm Kirkpatrick.

“Mr. Brooks said he was ill,” said Kirkpatrick after a morning Interim Finance Committee meeting in the Legislature. “Maybe he will take some time off. I hope he feels better.”

Kirkpatrick said there is no move to block Brooks from taking his seat when the Legislature opens.

Kirkpatrick said she feels protected in Carson City and “has a great family at home.”