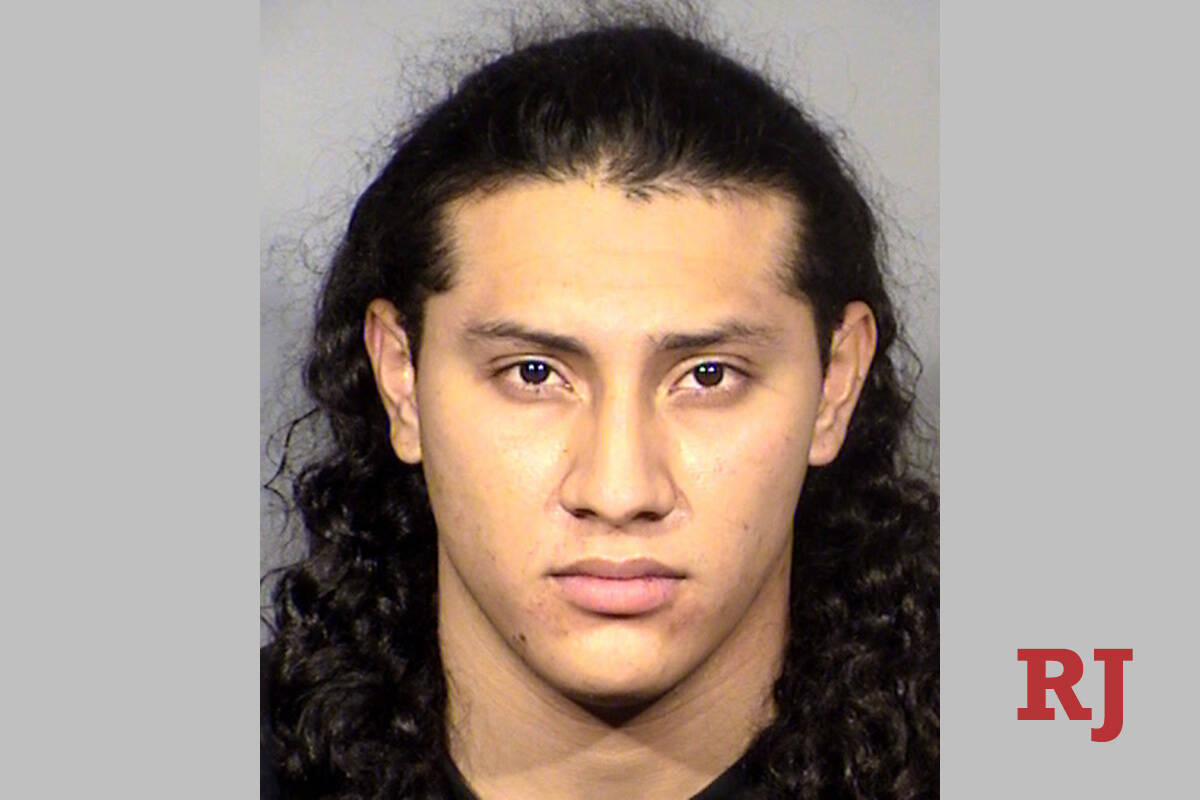 A man charged in the death of a bicyclist who was struck by a minivan passenger last year has pleaded guilty to reckless driving and failing to stop at the scene of a fatal crash.

Rodrigo Cruz, 23, admitted to driving the minivan when a passenger leaned out from the window Oct. 25 and intentionally hit Michelle “Shelli” Weissman, 56, at the intersection of Hollywood Boulevard and Sahara Avenue. Weissman fell to the ground and died at the scene.

The passenger, Giovanni Medina Barajas, 20, also died when he fell out of the vehicle.

“Is that what you did, sir?” District Judge Tierra Jones asked Cruz during the plea hearing Monday.

Police have described both deaths in the case as “senseless.”

Cruz’s arrest report states that he was driving a speeding burgundy van south on Hollywood in east Las Vegas at 7:30 a.m. on the morning of the crash. Witnesses said the passenger attempted to strike a couple on a walk.

He then hit Weissman, who was riding in the bike lane. Witnesses recalled her telling them “good morning.”

The momentum of hitting the woman caused Barajas to fall from the car, skid about 150 feet on the asphalt and suffer a fatal injury when he hit his head on a streetlight.

The minivan fled before police arrived but homicide detectives tracked Cruz and the van to his home a few miles away.

“He never went back to check on (his passenger) because he was scared since he was on parole and didn’t think Gio was hurt,” police wrote in the report. “Rodrigo stated he wasn’t intentionally driving in a manner to allow Gio to make contact with any pedestrians or the bicyclist.”