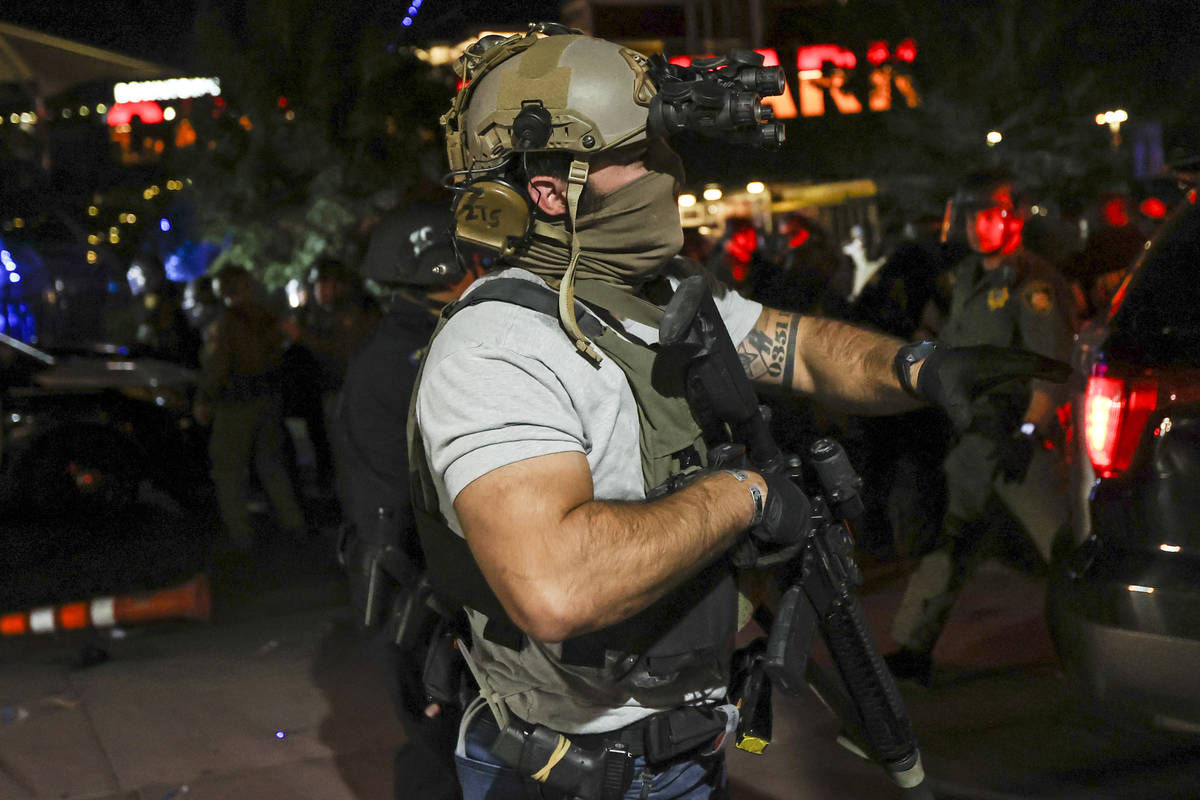 A man who appears to be impersonating a federal agent stands behind a police line that in downtown Las Vegas on Saturday, May 30, 2020. (Chase Stevens/Las Vegas Review-Journal) @csstevensphoto 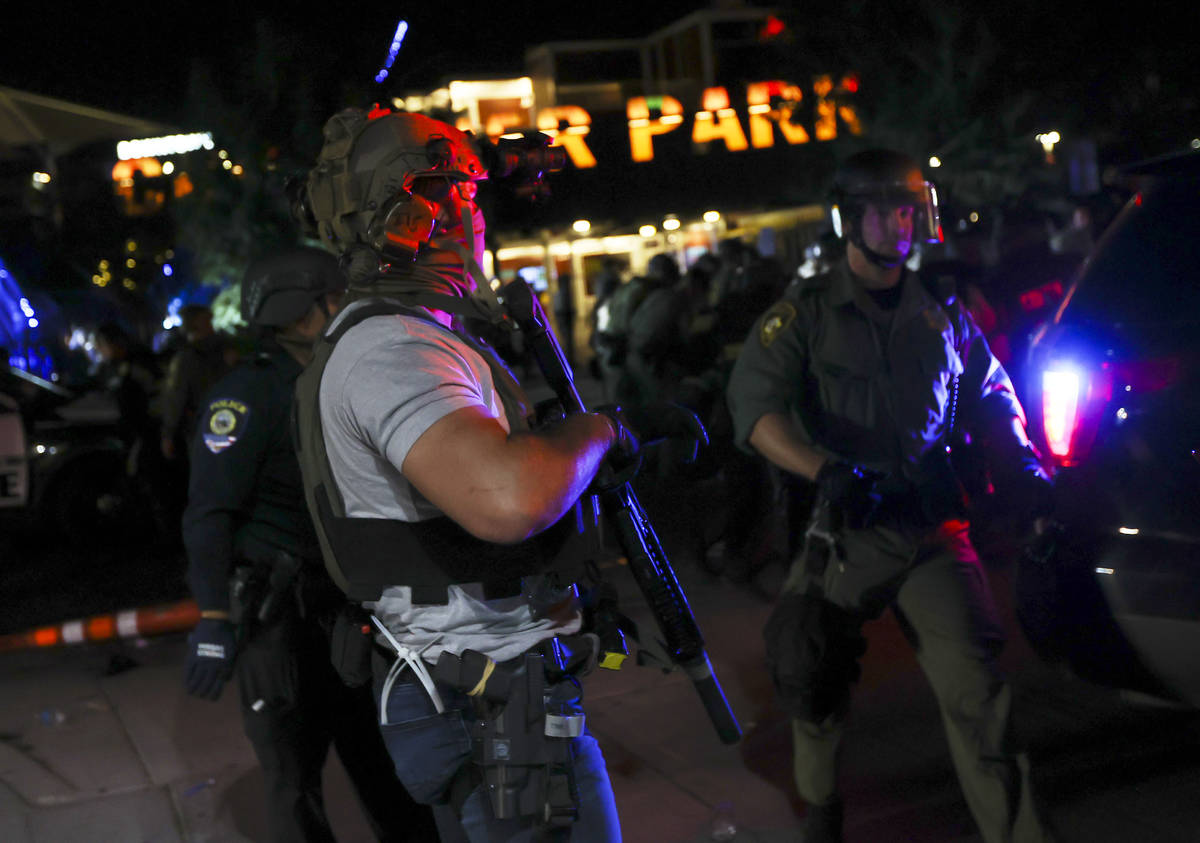 A man who appears to be impersonating a federal agent stands among Las Vegas police officers during protests in downtown Las Vegas on Saturday, May 30, 2020. (Chase Stevens/Las Vegas Review-Journal) @csstevensphoto

The heavily armed man with the Nazi tattoo who tried to march with Las Vegas police at a Black Lives Matter protest pleaded not guilty Friday to impersonating a federal officer.

Zachary Sanns, who faces one count of false impersonation of an officer or employee of the United States, appeared in federal court via webcam Friday.

The thick-bearded former U.S. Marine attended a protest on May 30 and was spotted walking along Fremont and Seventh streets, wearing plainclothes, a tactical vest, a ballistic helmet and night-vision goggles, according to a federal complaint filed in June.

He had a Glock pistol with an extended magazine and rubber bands wrapped around the handle clipped to his gun belt, the court papers state. He also carried a Taser, two tourniquets and pepper spray.

At one point, he walked up behind a line of officers known as the “skirmish line,” or a barrier between protesters and a command post, according to the complaint.

He carried an AR-15 rifle with a holographic sight and a magnifier, “similar to how law enforcement and military carry their rifles when not in use but can be quickly accessed,” the complaint states.

Sanns, 28, told a deputy chief with the Metropolitan Police Department and Assistant Sheriff Chris Jones that he was a federal officer, the document states.

Both told federal investigators that they believed they saw a federal Department of Homeland Security emblem on Sanns’ gray T-shirt.

That night, a Las Vegas Review-Journal photographer posted images of Sanns on social media that showed an “SS” bolt logo and “0351” tattoos on his upper left arm.

“The SS font is the same font used by Nazi SS units in World War II,” the complaint states.

The tattoo references a U.S. Marine Corps special infantry and is a “discouraged symbol used by some Marine Corps Scout Snipers. This photo could have an immediate impact due to the public seeing the symbol and speculating the person in the photo to be affiliated with Nazi or racist groups and ideology,” the complaint states.

During his arrest, Sanns said he was an “off the books” federal contractor, but denied saying he was an agent, according to the court document. His wife worked for the department, the complaint states.