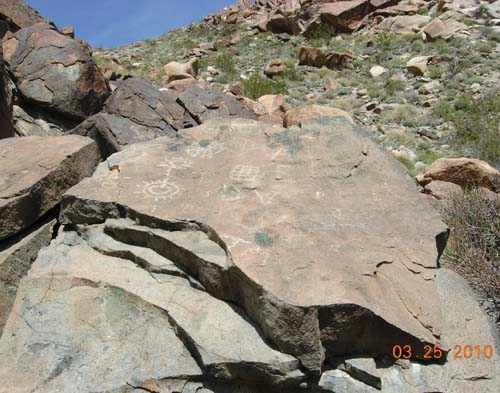 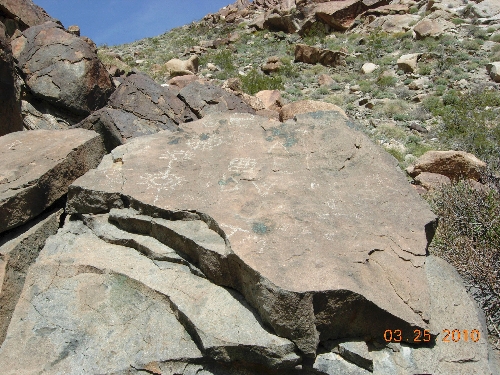 An Arizona man who pleaded guilty in May to shooting paintballs at sacred American Indian petroglyph panels at Lake Mead’s Grapevine Canyon was sentenced Monday to 15 months in prison and ordered to pay roughly $10,000 in restitution.

David Smith, 21, of Bullhead City apologized to more than two dozen tribal members who attended his hearing. They consider the canyon near Laughlin to be the birthplace of the creator to each of the seven tribes living along the Colorado River.

Before his sentencing, Smith listened attentively as speakers for the tribes told U.S. District Judge Philip Pro how the defacement of the ancient drawings affected them.

Wilfred Whatoname, former chairman of the Hualapai tribe, told Pro that what Smith did at Grapevine Canyon was akin to someone vandalizing the judge’s courtroom.

"Your courtroom is a respected place," Whatoname said. "You’ve got the American flag. All of us here respect that flag. If this room was shot with paintballs, your feelings would be unbearable."

Whatoname said the petroglyphs tell of the tribes’ history, and those teachings are taught from generation to generation.

Whatoname acknowledged Smith’s age, however, and lamented that Indian history is not taught in the public school system.

Smith believed the paintballs he shot on March 19, 2010, were biodegradable and would wash away with the next rainfall, but he bought a cheaper brand, his lawyer said, which was not organic and therefore stained the petroglyphs.

Federal prosecutors sought a 22-month sentence and about $38,000 in restitution. Smith’s attorney, Assistant Federal Public Defender Jason Carr, sought probation and $5,000 in restitution, the amount it cost for workers to clean the site.

Pro said probation would be too lenient and 22 months too harsh, but a prison term was necessary to deter others from defacing the petroglyphs.

Incidents of vandalism at American Indian cultural sites are on the rise nationwide, one tribal official said.

Smith and a 12-year-old shot at least 50 paint pellets directly at the markings, some that are 12 feet off the ground. Assistant U.S. Attorney Katherine Bliss said that proved the pair intentionally shot at the drawings.

Smith was prosecuted under the federal Archaeological Resources Protection Act, which was enacted in 2002 in response to growing incidents of theft and destruction of cultural resources on public land and sacred American Indian sites. He must report to federal prison in Arizona by noon Oct. 22.

After the hearing, Whatoname said he was pleased with the sentence.

"It was very fair he got 15 months," Whatoname said. "Grapevine Canyon is the birthplace of our creator, and Judge Pro sent a message that is very clear: People need to be aware of sacred sites. They need to learn respect either at home or in court.

"Hopefully, now they will learn it at home."

"We have to promote respect for the law," Pro said after sentencing Smith. "People would not take the law seriously if they don’t see a prison sentence attached to this crime."