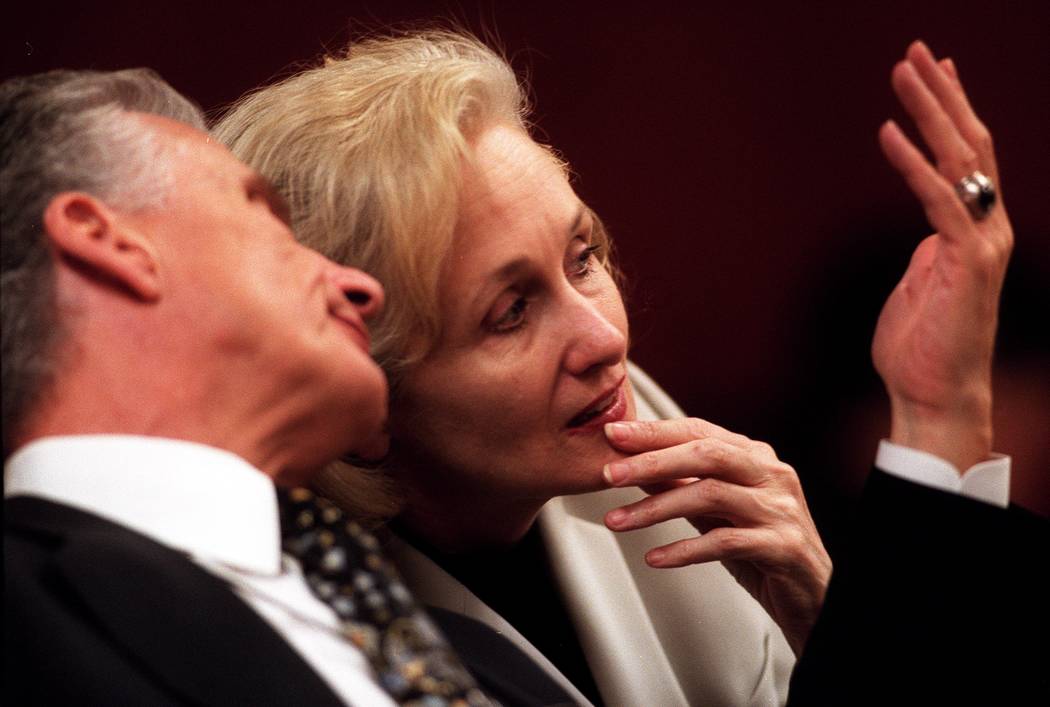 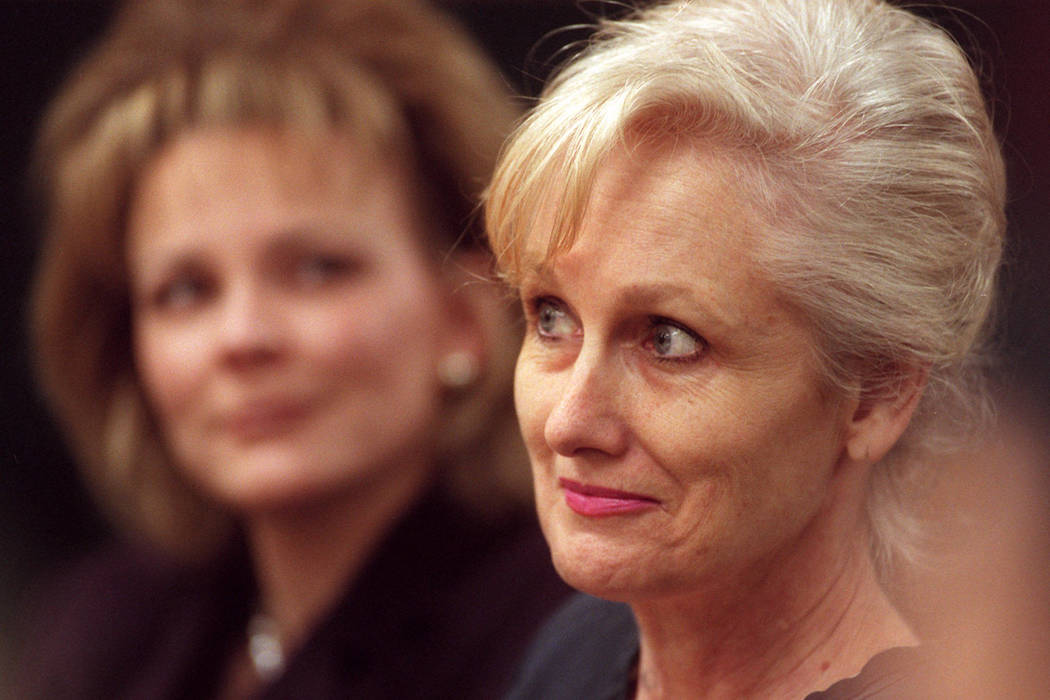 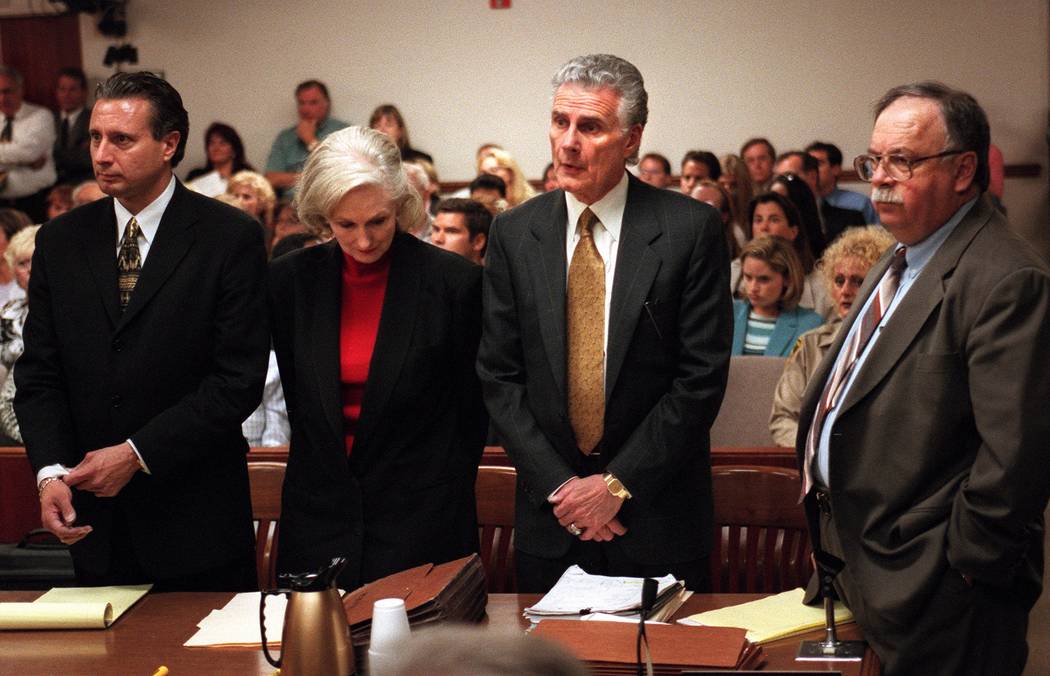 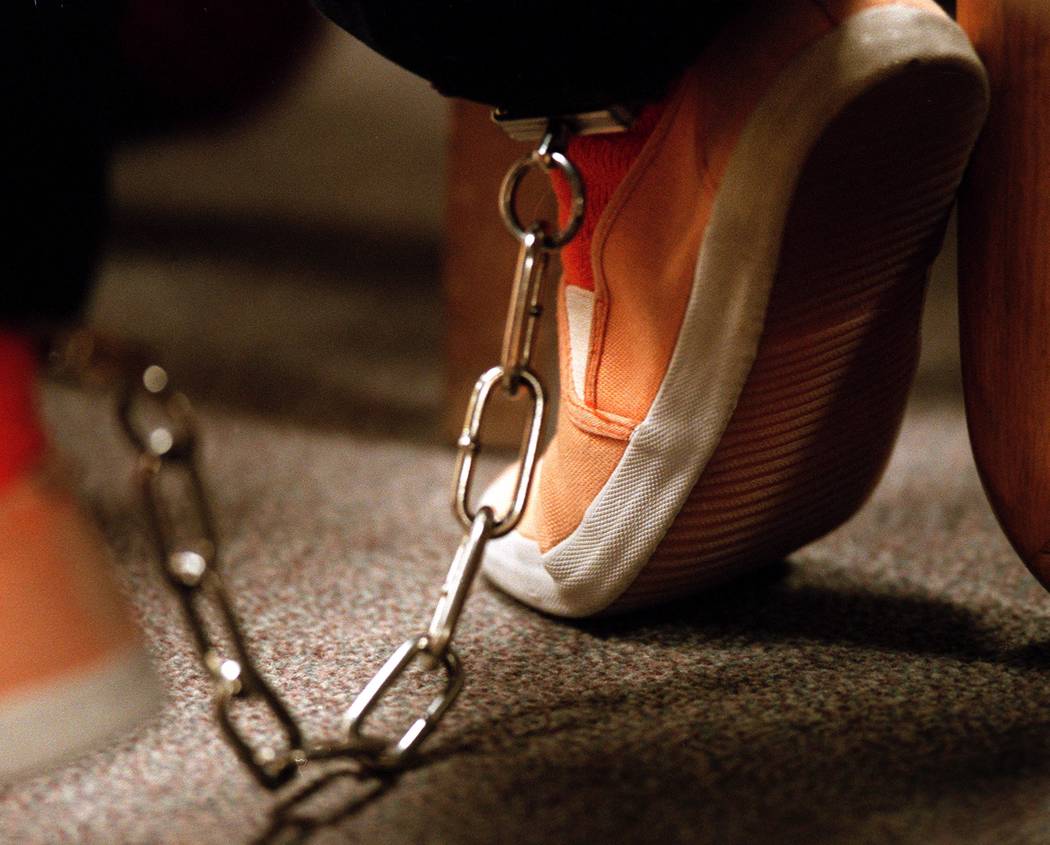 Margaret Rudin's legs are shackled while listening to District Attorney Stewart Bell testify about the divorce case he handled for her while Bell was in private practice in Judge Joseph Bonaventure's court. (Las Vegas Review-Journal file) 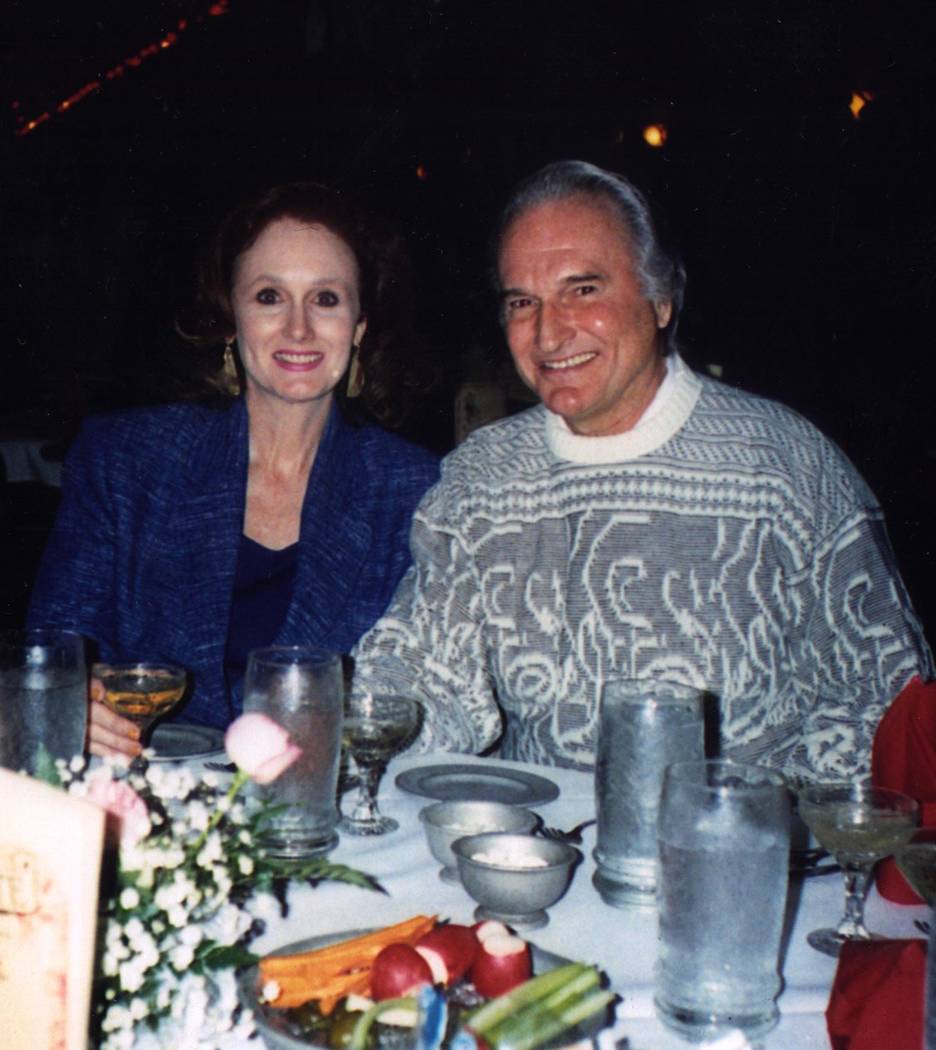 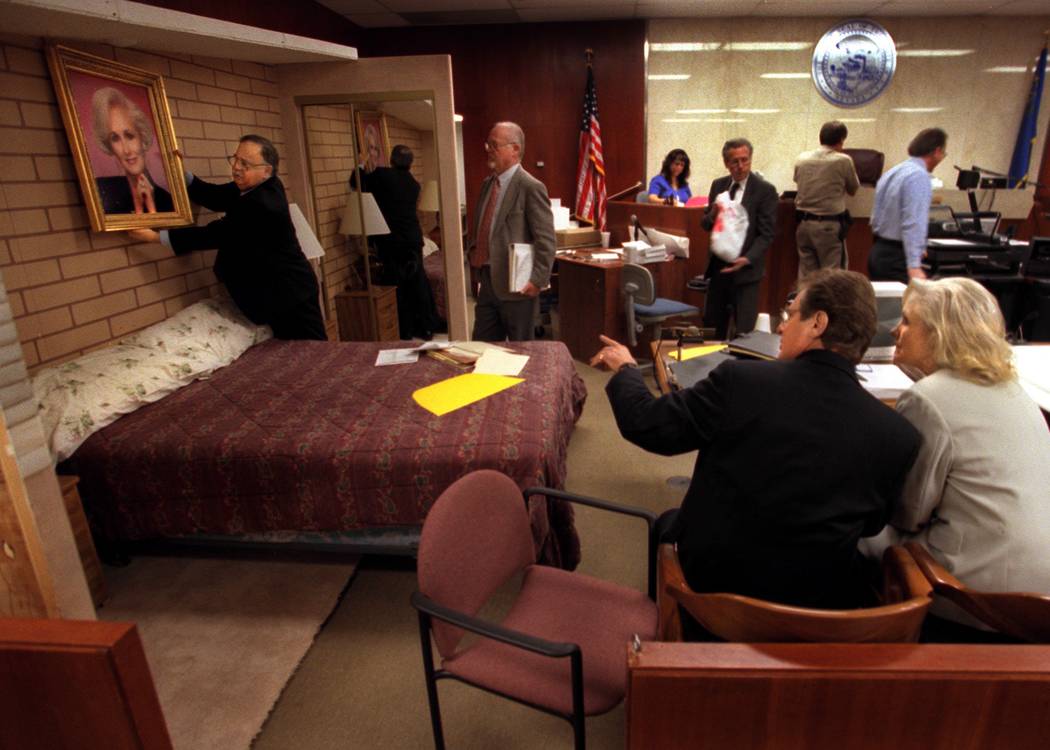 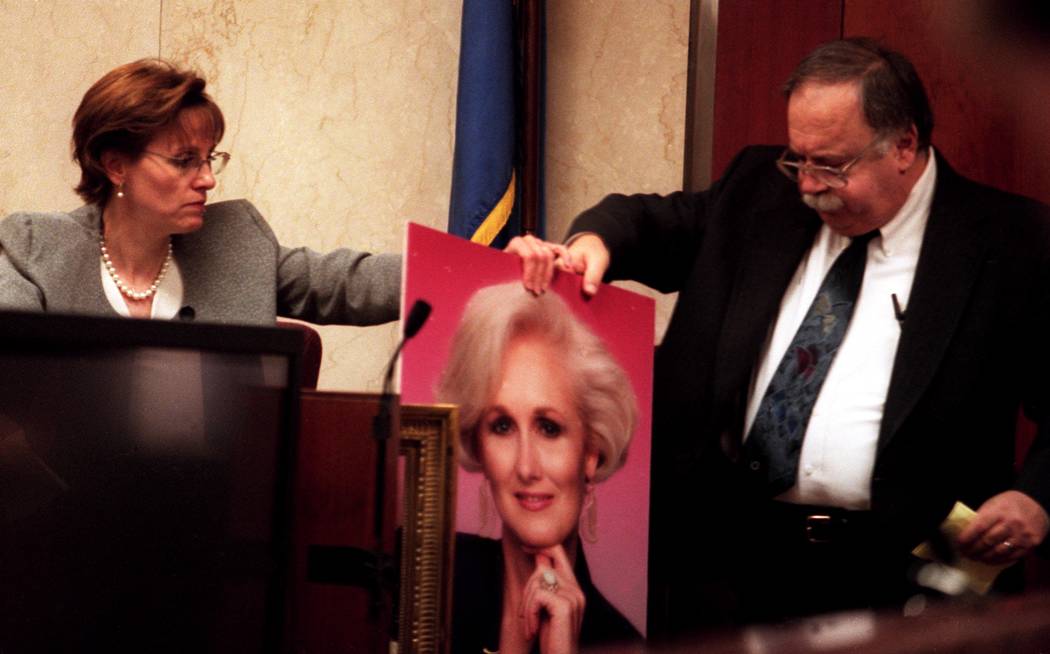 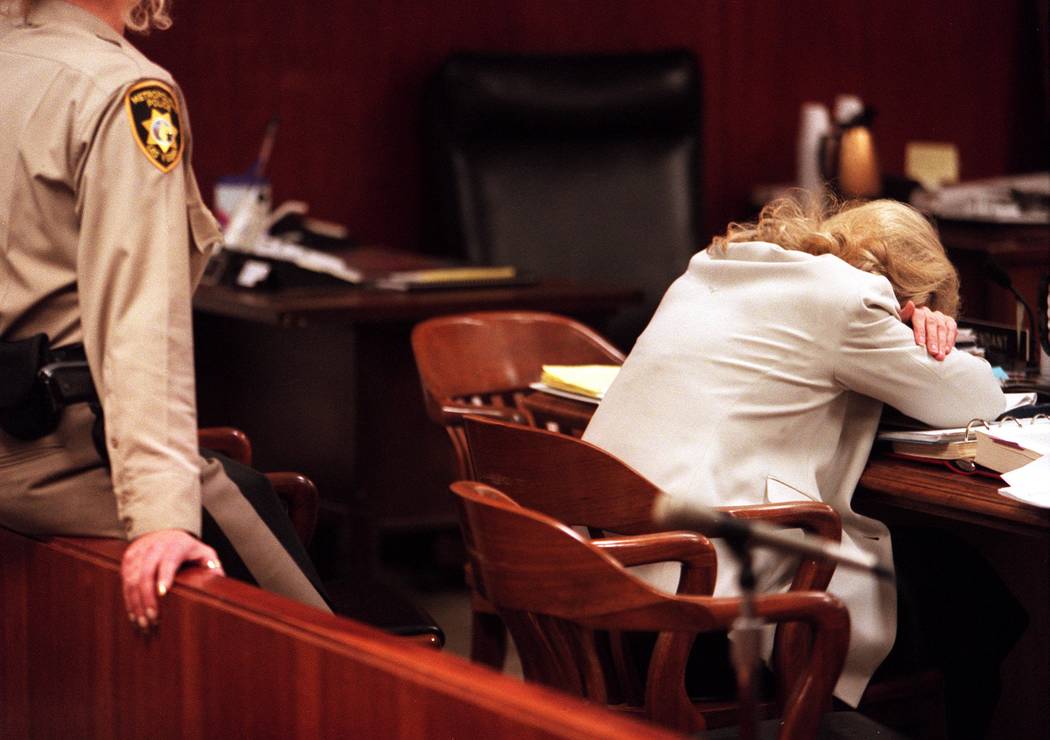 Margaret Rudin, convicted of killing her millionaire husband in one of Las Vegas’ most celebrated trials, has been granted parole and could be released this year, Nevada’s Parole Board announced Monday.

A month after the board held a hearing for Rudin in Las Vegas, the board’s website posted its finding.

Rudin has been serving 20 years to life for killing her fifth husband, Ron, in 1994. He was shot in the head while he slept. In his will, he left instructions for extra investigation if he died in a violent manner.

One of her lawyers, Travis Barrick, said Rudin’s release plan must still be approved through the state’s Department of Parole and Probation, which is separate from the Parole Board.

“So it’s not automatic that she’s going to hit the streets on Dec. 15,” Barrick said.

Rudin told the board last month that part of her plan for parole included living in Nevada, where she would work part time and attend UNLV to earn a bachelor’s degree.

Barrick said last month that Rudin was “in poor health,” though he added that she would have family support if released.

Last year, Rudin filed a federal lawsuit against the state and its top officials claiming abuse, misconduct and sexism because male prisoners have access to programs for aging inmates that women don’t.

As part of a settlement, the Nevada Department of Corrections agreed not to oppose her parole.

Rudin has maintained her innocence. In 2008, then-District Judge Sally Loehrer ordered a new trial on the grounds that Rudin was denied effective counsel by her lawyer, Michael Amador, but the state Supreme Court overturned that ruling.

Ron Rudin, a real estate developer, left an estate worth $11 million, which Margaret Rudin was in line to inherit.

She fled Las Vegas after she came under suspicion but was caught in Massachusetts in 1999. Her 2001 trial was telecast on Court TV, and she was the subject of a book.

Meanwhile, Margaret Rudin continued to appeal her conviction, and the case remains in federal court. A decision from U.S. District Judge Richard Boulware on Rudin’s appeal is expected by the end of this year.

Told of Rudin’s expected release, defense attorney Tom Pitaro, who represented her at trial, said: “Good for her. I’m happy for her. And I wish her all the best.”